The aim of this article is to assist readers in identifying if their aboriginal sculpture or painting is by Lipundja. It compares known examples of his work. Lipundja Gapapuyngu bark paintings are in the Central Arnhem Land Style using traditional ochres. He is a recognized aboriginal bark painting and sculpture Artist. His best known for his sculptures of Mokoy which are very collectible.

If you have a Lipundja sculpture or  bark painting to sell please contact me. If you want to know what your artwork is worth to me please feel free to send me a Jpeg. I would love to see it.

Lipundja was one of only a few Central Arnhem land sculpture artists. A few other artists known to do sculpture in this region include David Malangi,  Mick Magani and Dawidi

He is best known for his sculptures Mokoy Figures of the Wild Honey Totem. These Mokoy figures range in size from 30 cm to over a meter tall, The chest and thighs on figures are often painted with diamond shapes. These diamonds represent the traditional body painting of the wild honey men. The diamonds in body paint represent honeycomb. The faces of his figures tend to be triangular when viewed face on with a rectangular forehead. The sex of his figures is not shown but are male. Some of his sculptures have the arms attached to the body. He also sculptured birds and a dugong.

His bark paintings vary a lot in style. They often incorporate the honeymen diamond design. His painting of figures is often static with arms bent at 90 degrees at the elbow, hands straight down.

Lipundja was born around 1912 and died in 1968. He spoke Gupapuyngu language. If anyone knows more information about the biography of Lipundja Gapapuyngu , please contact me as I would like to add it to this article. 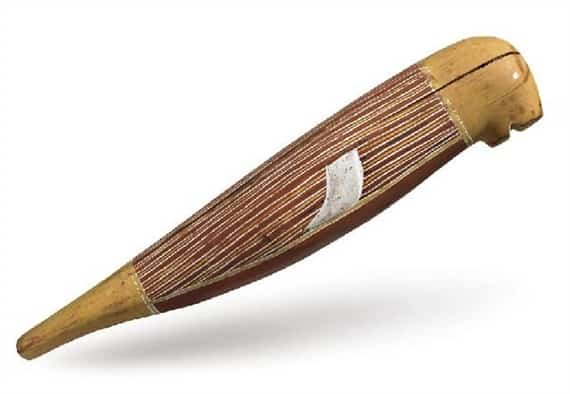 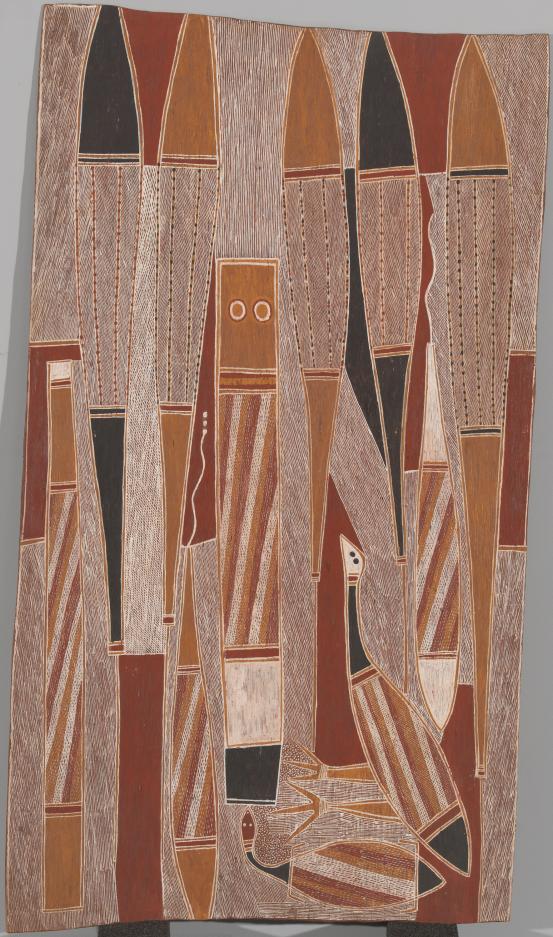 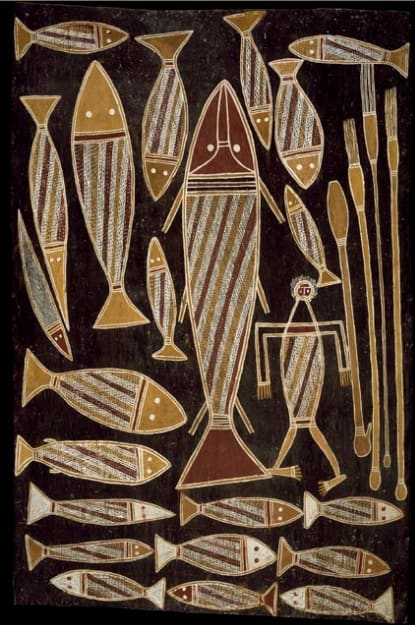 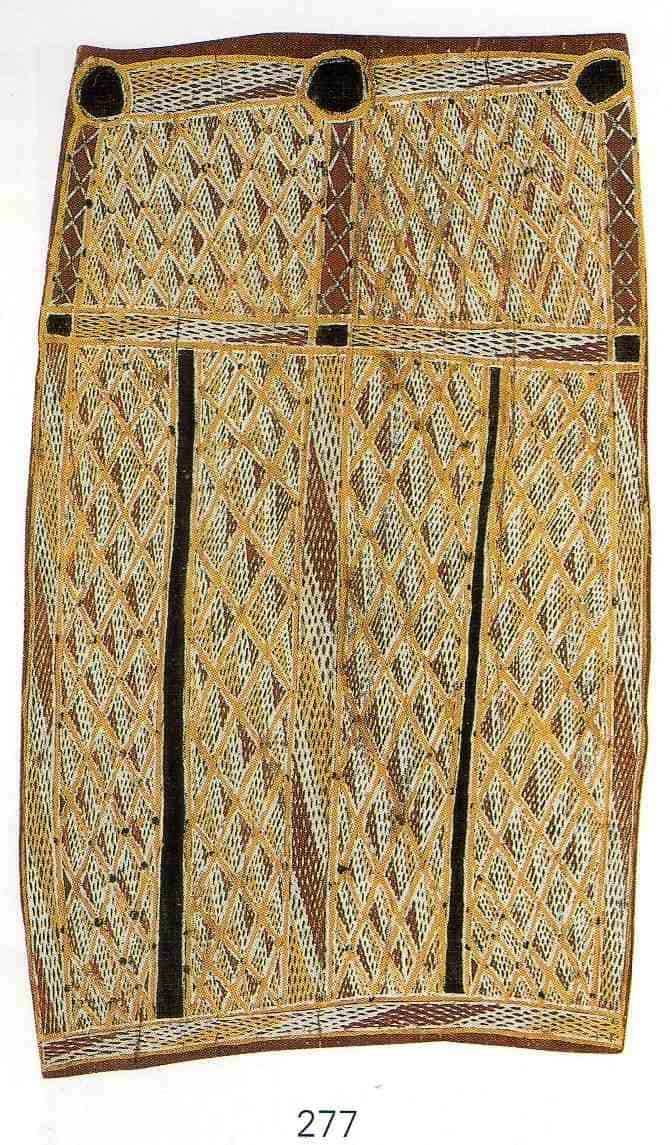 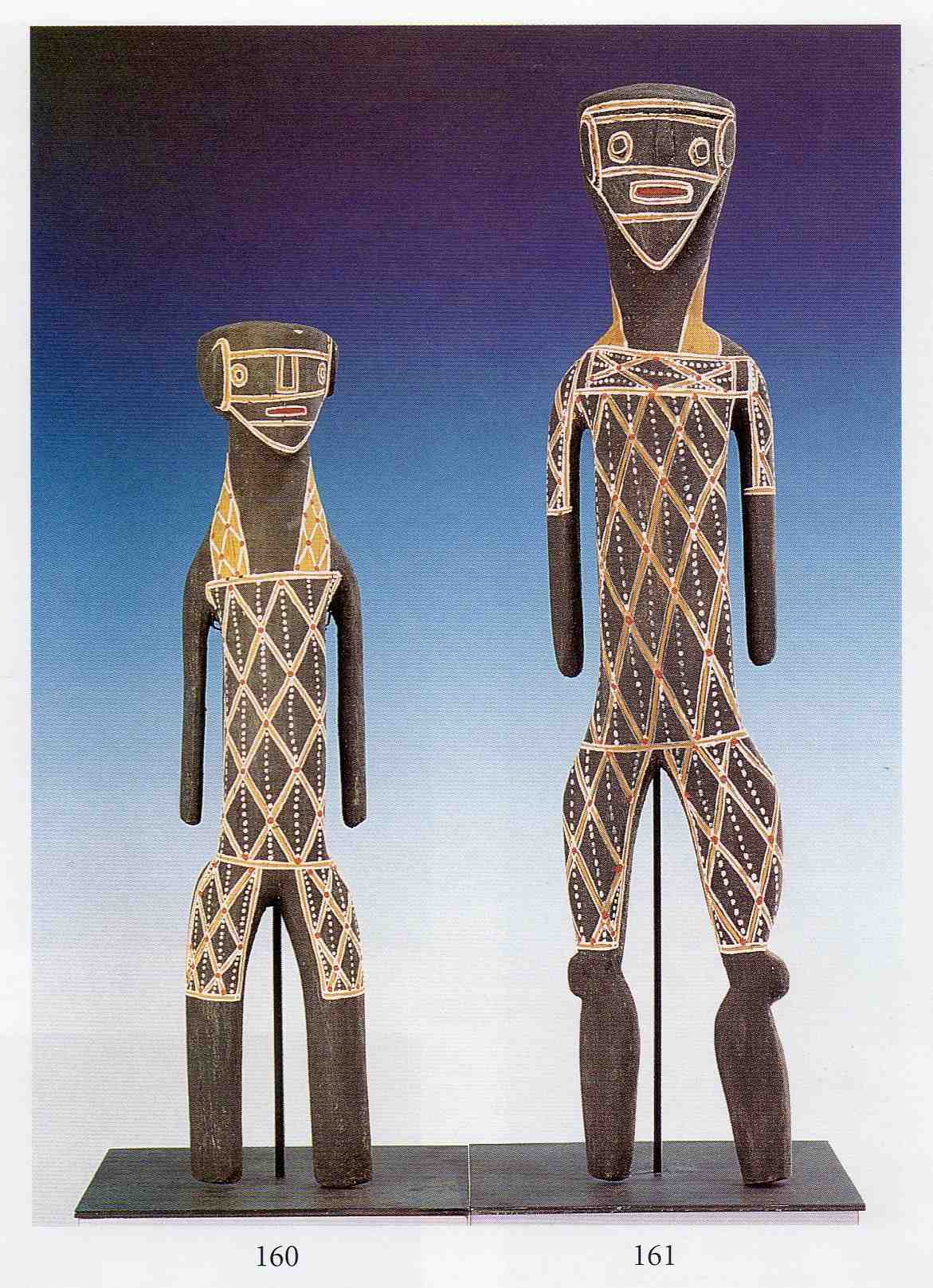 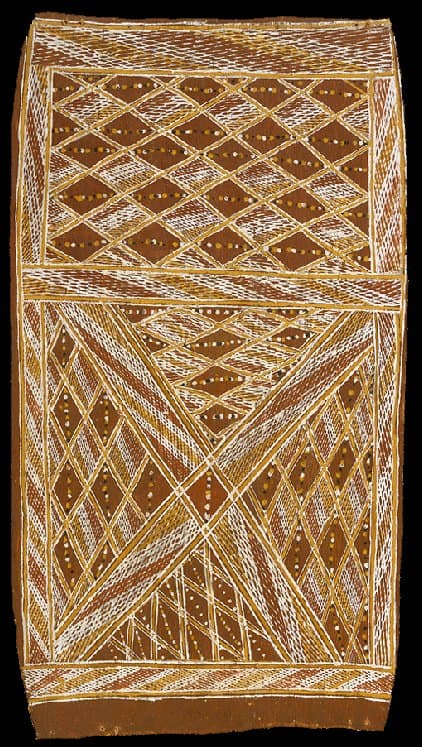 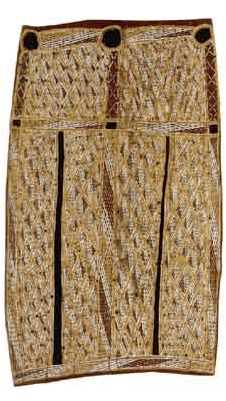 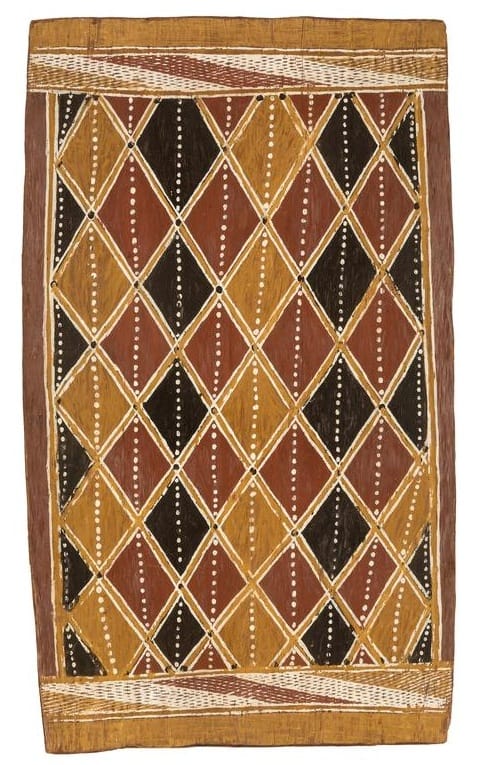 home page
Sell
Oenpelli Bark Paintings
If this post has been informative please take the time and make the effort to share it on social media. By clicking any of the share buttons below you create a link from your social site to this article. Links are what google uses to calculate what information on the web is useful. By sharing this article you are letting google know you found my article / images of some value. Thanks!
← Namarrkon The Lightning Spirit Libundja →