Teeampi Ripijingimpi Tiwi sculptures have a chunky and crude blocky appearance. The face has Incised eyes and mouth. His painting of the sculpture is often very fine. The sex on the figures is clearly shown. Teeampi has also done several Pseabirdsukumani posts. His carved and painted seabirds are very distinctive and although crudely carved are amongst the best-painted examples.

Teeampi has done at least three carvings of the seabird perched on the spirit figures head.

His paintings on bark are designs of traditional body painting that the Tiwi use during the Pukumani ceremony.

Teeampi Ripijingimpi works are of the Tiwi creation story. In the Tiwi version of creation, Bima, the wife of Purukapali, makes love to her brother in law while her son Jinani, is lying under a tree. As the sun moves the baby exposed to the full heat of the sun dies. Purukapali becomes enraged and after his wife transforms into a bird and he begins an elaborate mourning ceremony for his son. This was the first Pukumani (mortuary) ceremony and tells how death first came to the Tiwi Islands.

It is likely that he was a part of the community at Paru and Snake Bay. Here he would have been influenced by pioneer carvers like Cardo Kerinauia and Mani Luki 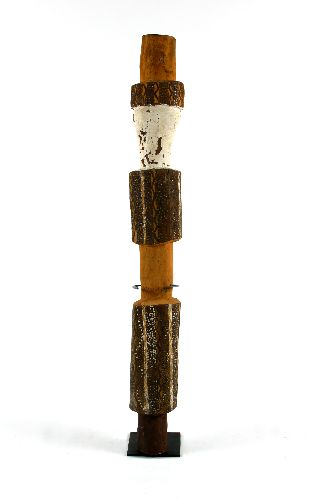 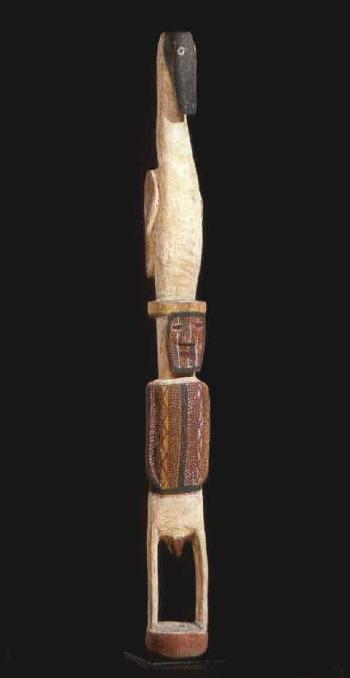 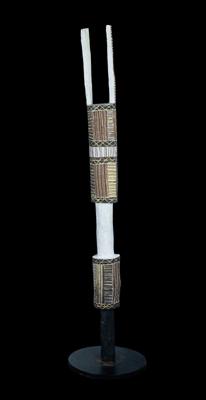 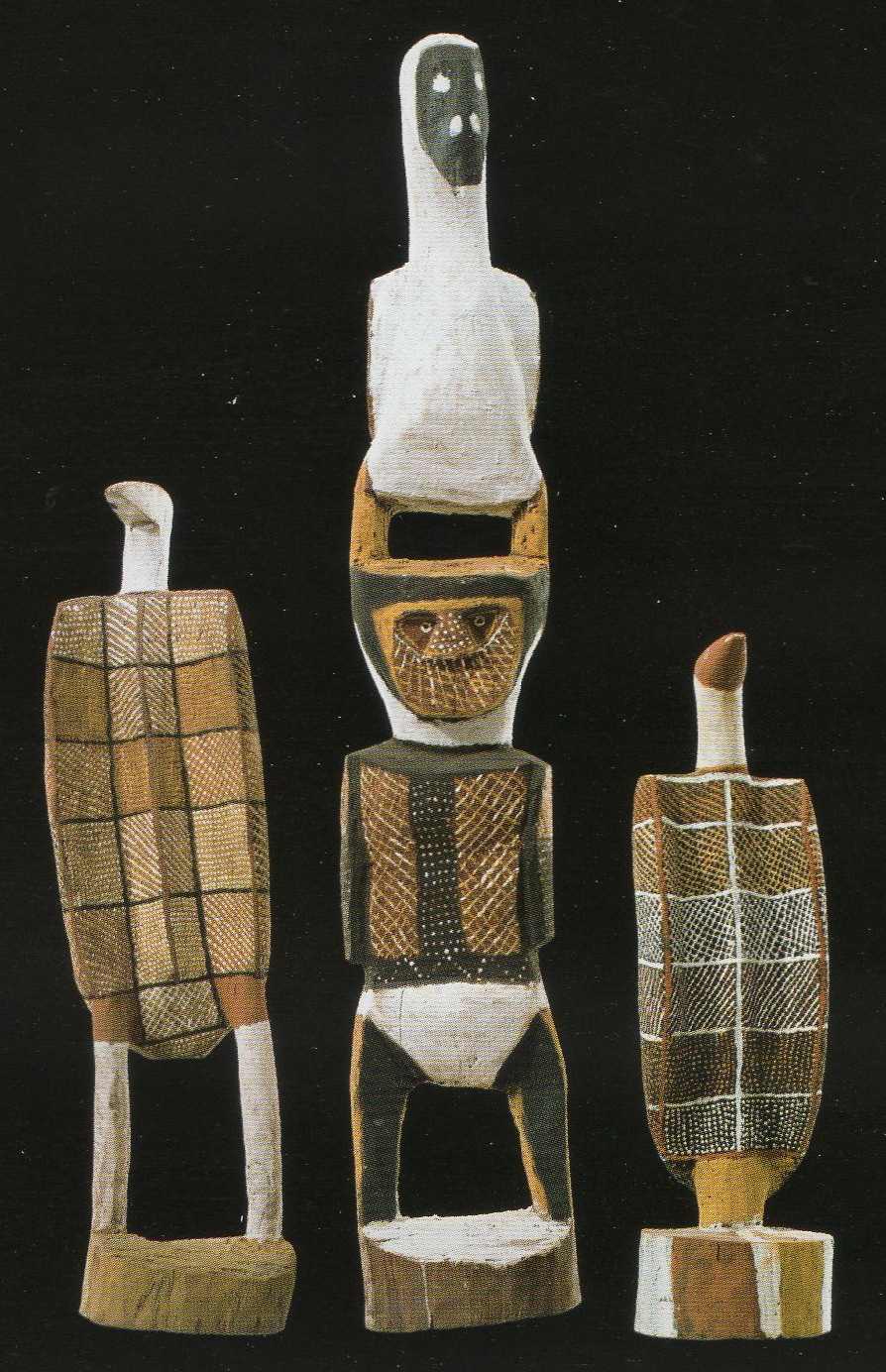 Home Page
Contact Me
Gallery
If this post has been informative please take the time and make the effort to share it on social media. By clicking any of the share buttons below you create a link from your social site to this article. Links are what google uses to calculate what information on the web is useful. By sharing this article you are letting google know you found my article / images of some value. Thanks!
← Paddy Henry Ripijingimpi Namarrkon The Lightning Spirit →