There are a wide variety of traditional Aboriginal Artifacts and they differ widely depending on the area.  The artifacts from one language group could be quite different to the artifacts collected in another. For example aboriginal shields from North Queensland are very different from the Shields in New South Wales.  Not only do they look different the way they were used is also often different

It would take a thick book to cover Traditional Aboriginal Artifacts in depth. This is a beginners guide with links to more detailed information contained on this site.

I collect Aboriginal Artefacts. If you want to Sell an aboriginal artifact please feel free to contact me and send me an image. 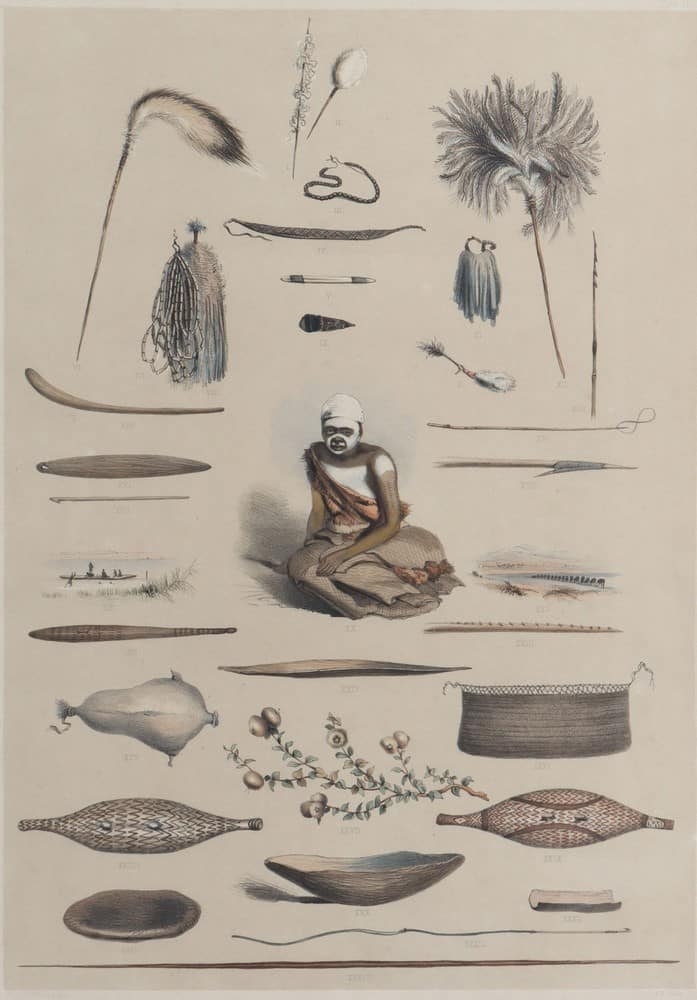 In some regions people wore cloacks made of possum skins while in others pwoplw were near naked.

Many Artefacts of spiritual importance were ephemiral and created to be made for ceremony and then destroyed.

Aboriginal weapons include those for hunting as well as those for fighting. I have covered aboriginal weapons in detail in another article. The main things to realise is that not all native Australians used the same weapons.  For example the Bardi people of the kimberly waged war with boomerangs  while in other areas it was mainly spears.

Many weapons were also decorated and beuatifully carved taking them from being artefacts into being works of art.
Many weapons also served a ceremonial purpose and were important objects signifying status.

In general Aboriginal Adornments are quite rare in collections compared to other cultures. Many of these adornments are simple when seen by themselves. They were often a part of a decorated and painted body.

The reason these artefacts are rare is that many adornments were only made for ceremonial occasions so were not made to last or were signs of status and could not be traded. 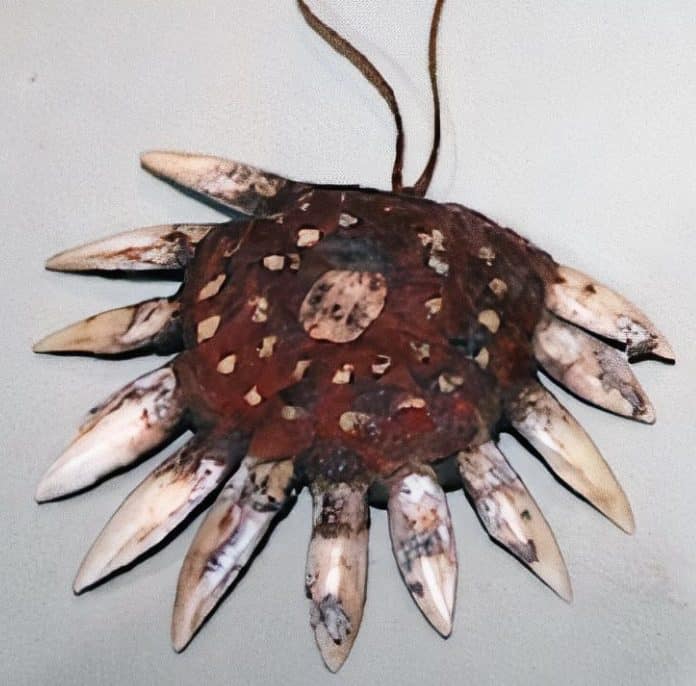 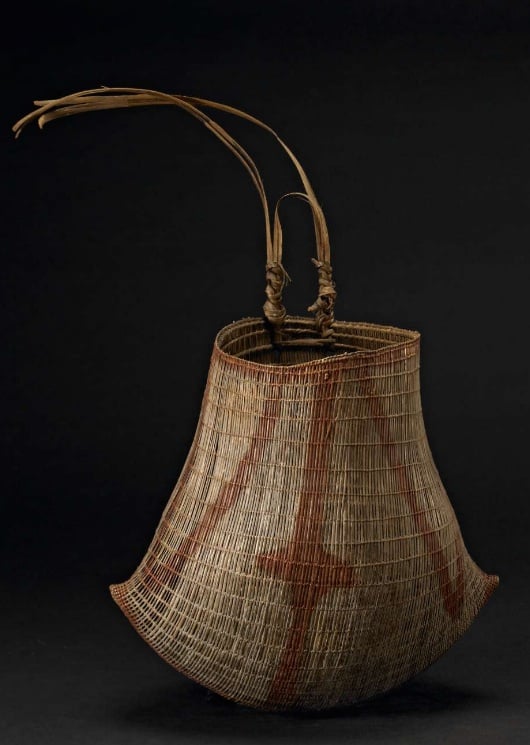 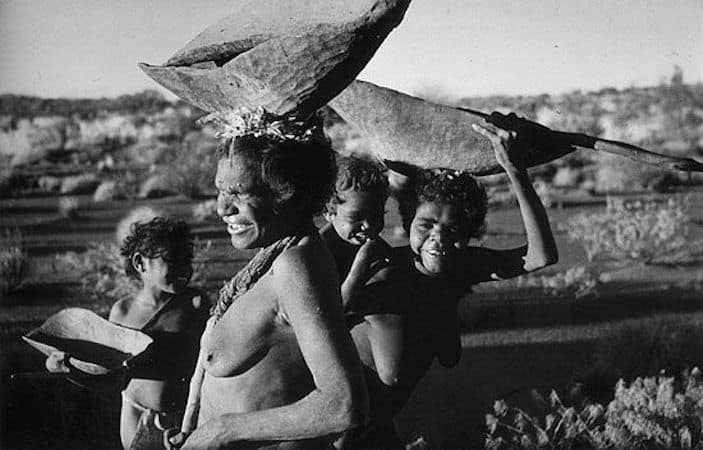 The best known carrying artefacts are the coolamon dishes on which I have written a seperate article. Of equal importance though are the Dilly bags. These dilly bags were made of woven fibre and were often worn around the kneck. Some were highly decorated and worn not just for practicle purposes but as a part of an ensemble.

The most collectable form of Carying artefact are the baskets from North Queensland which are so beutifully constructed they become works of art in their own right. 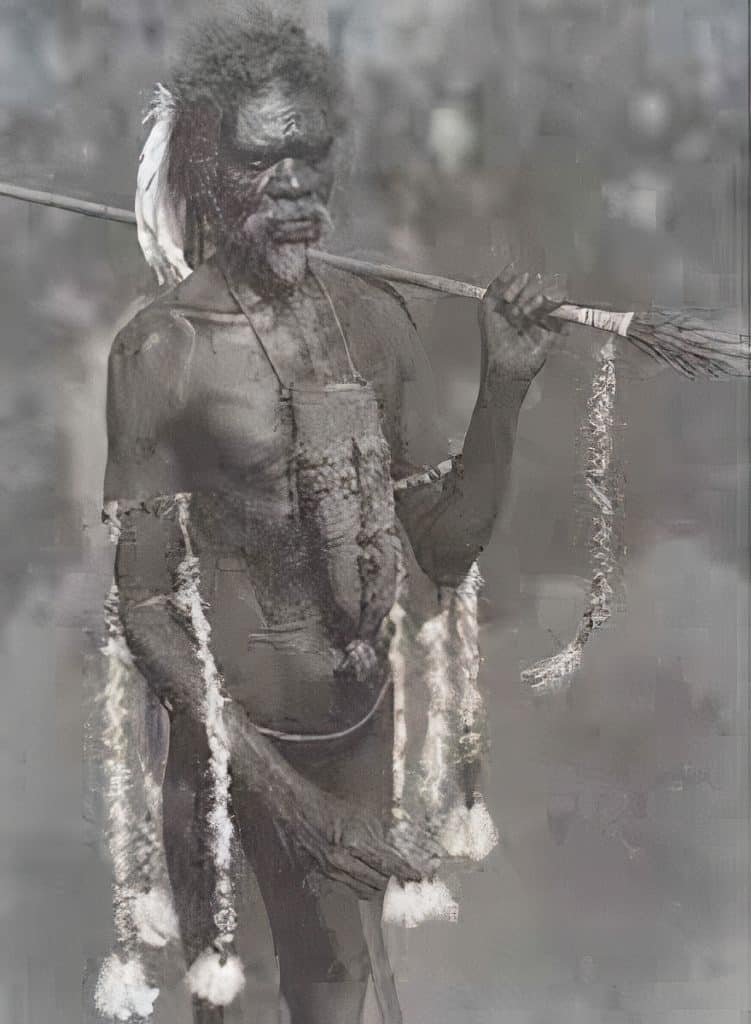 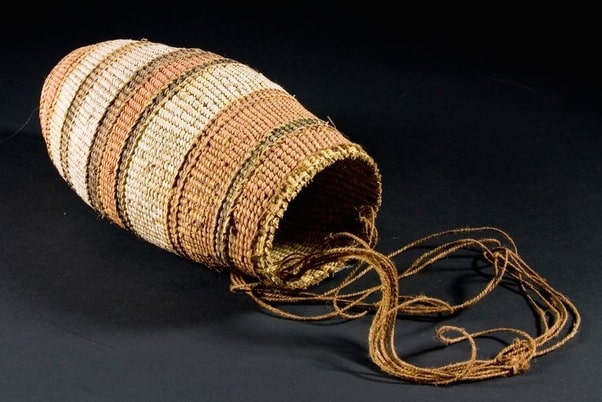 Aboriginal Stone Artefacts were quite common but should not be collected. These artefacts can tell us important things about the past and if seen should be reported and left in situ. Flaked stones were used for cutting, as spear tips and for ceremonial purposes. Larger stone tools were used for pounding and grinding. Decorated incised stones are called tjuringa and are secret, sacred, and full of spiritual meaning. The designs on Tjuringa are the origin of  the meaning of Aboriginal artworks  painted by papunya Artists 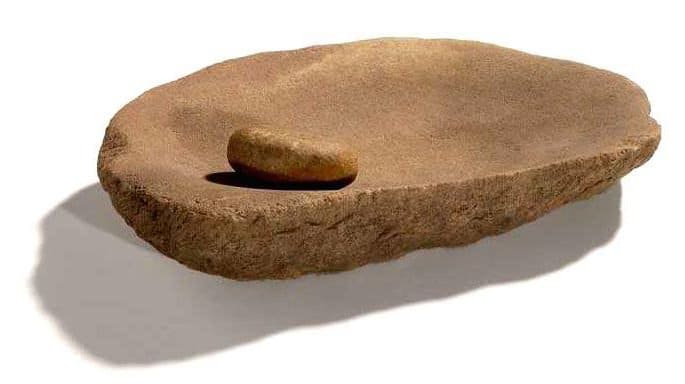 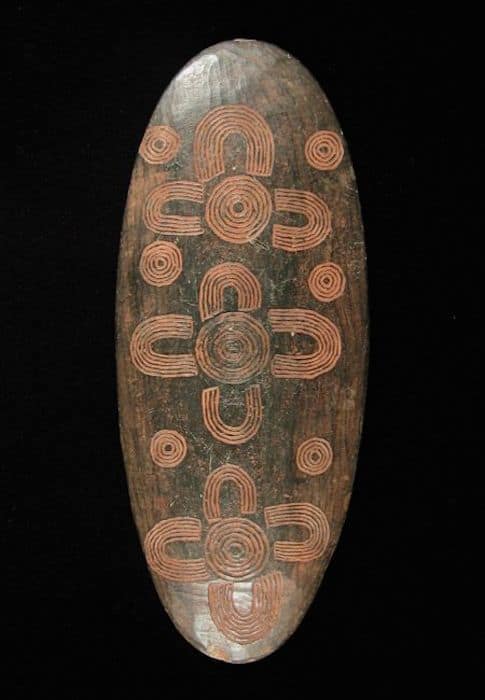 Several areas of Aboriginal Australia had head dresses used only for the most important ceremonial occasions. These were often destroyed after use and are extremely rare and quite collectable.  These head dresses when combined with body painting and adornment were used in coroborree. Different areas had different head dresses or some none at all. 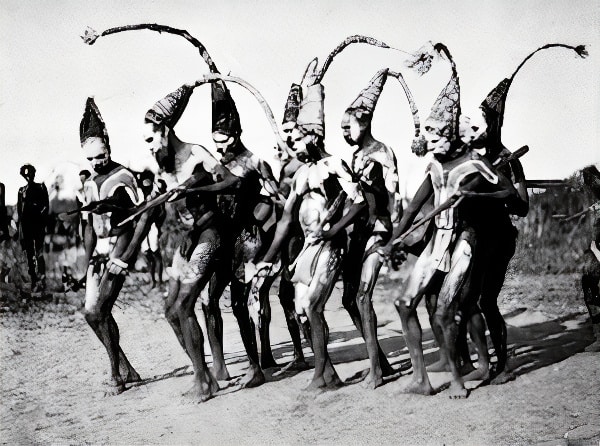 I have written a separate article on Aboriginal Sculpture.

Most of the Sculpture artefacts are very different to the aboriginal sculpture made after contact.  Traditional sculpture was often carved rough but painted in great detail. 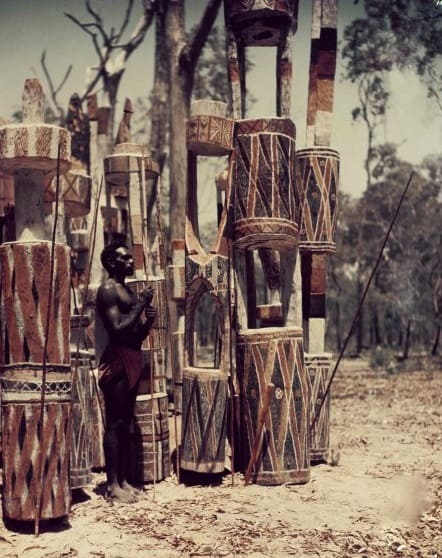 Many of the traditional Aboriginal Artefacts are art works in their own right.  Those made for ceremonial occasions were often made and painted with the greatest of skill. If you have a traditional Aboriginal Artefact outside of Australia it would be nice to see it back in it’s country of origin.  Please feel free to contact me and I may be able to find it a good custodian.

Home Page
Contact Me
For sale
If this post has been informative please take the time and make the effort to share it on social media. By clicking any of the share buttons below you create a link from your social site to this article. Links are what google uses to calculate what information on the web is useful. By sharing this article you are letting google know you found my article / images of some value. Thanks!