The aim of this article is to assist readers in identifying if their aboriginal bark painting is by January Nangunyari Namiridali. It compares examples of his work. He painted in a Crocker Island / Western Arnhem Land style.

If you have a January Nangunyari painting to sell please contact me. If you want to know what your bark painting is worth to me please feel free to send me a Jpeg. I would love to see it. Crocker island barks are my passion due to their freedom and expression. 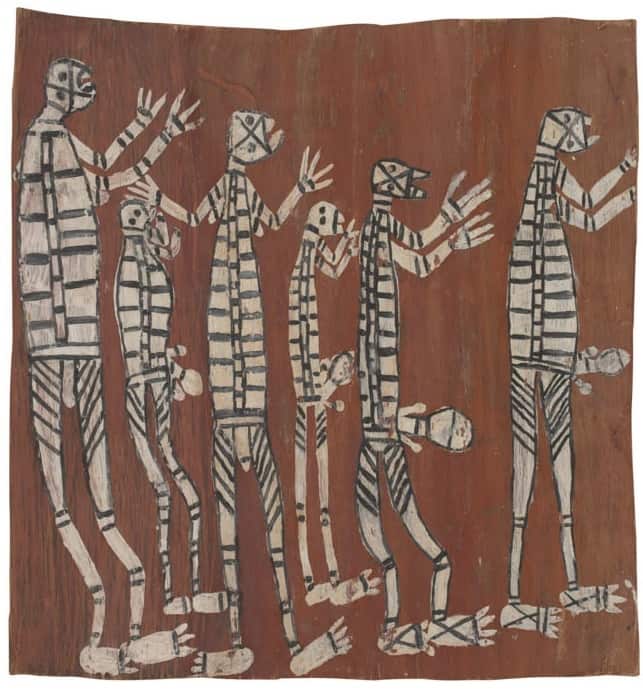 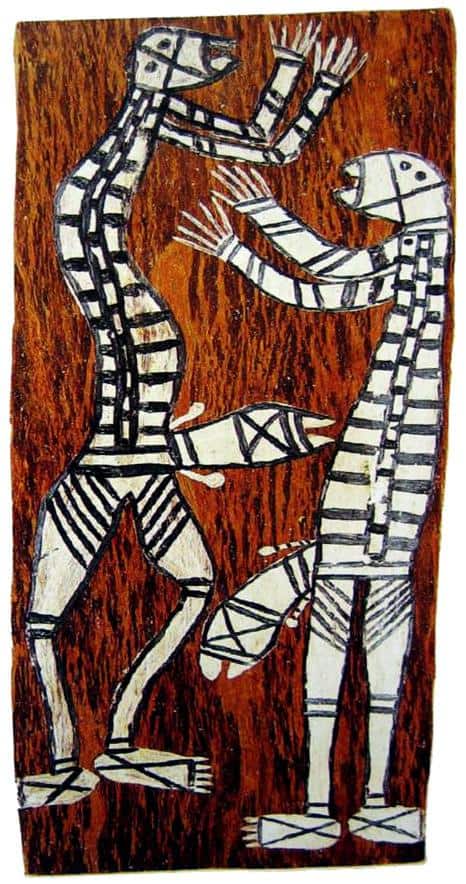 In general bark paintings by January Nangunyari are very loose typical of early Crocker Island Aboriginal Art. January painted on a monotone background of red or yellow. His most collectible works are of thin tall Mimi Figures, which he does with a simple and playful composition.

January did not adopt the raark style of cross-hatching but instead used more traditional parallel lines or blocks of color.

Nangunyari was born in 1918 and died 1973. His works are sometimes mistaken for other artists such as Namatbara, Jimmy Mijaumijau or Wagbara.

Along with many other Arnhem Land Artists, there is not a lot of information readily available about January Nangunyari. He belonged to Djalama clan spoke Kunwinjku Language and was of Yirrdjdja moiety. 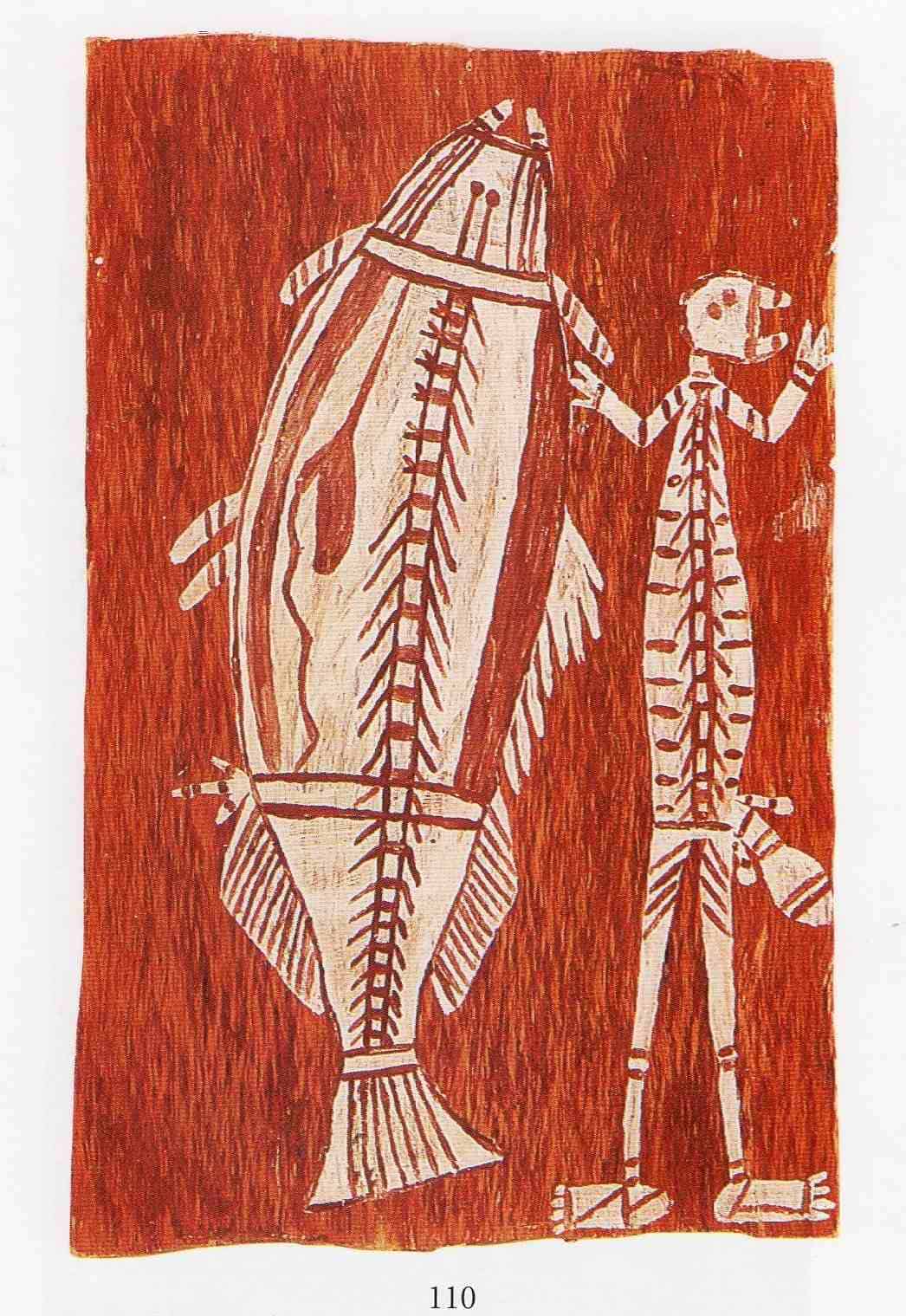 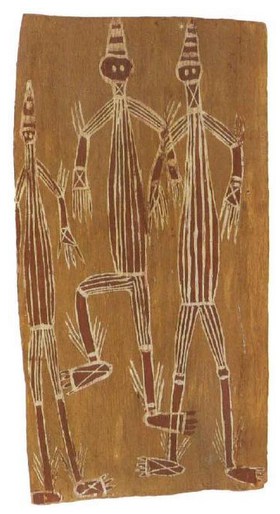 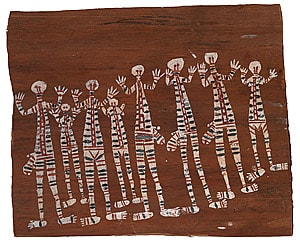 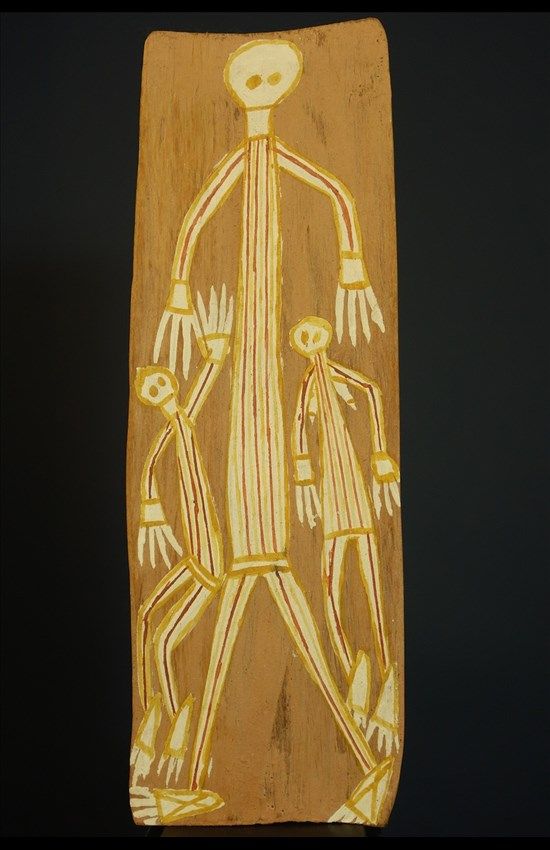 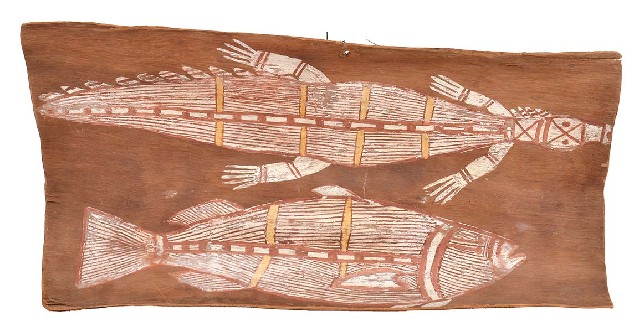 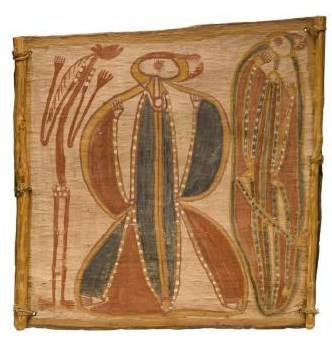 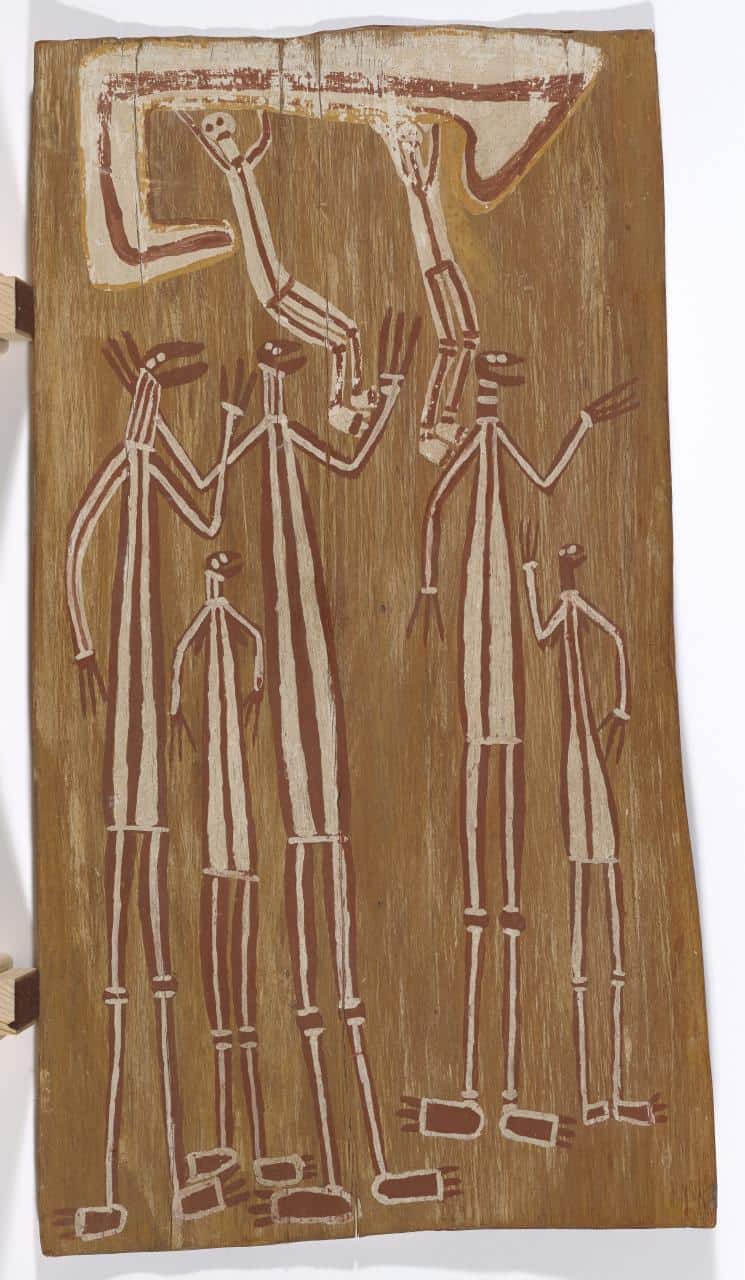 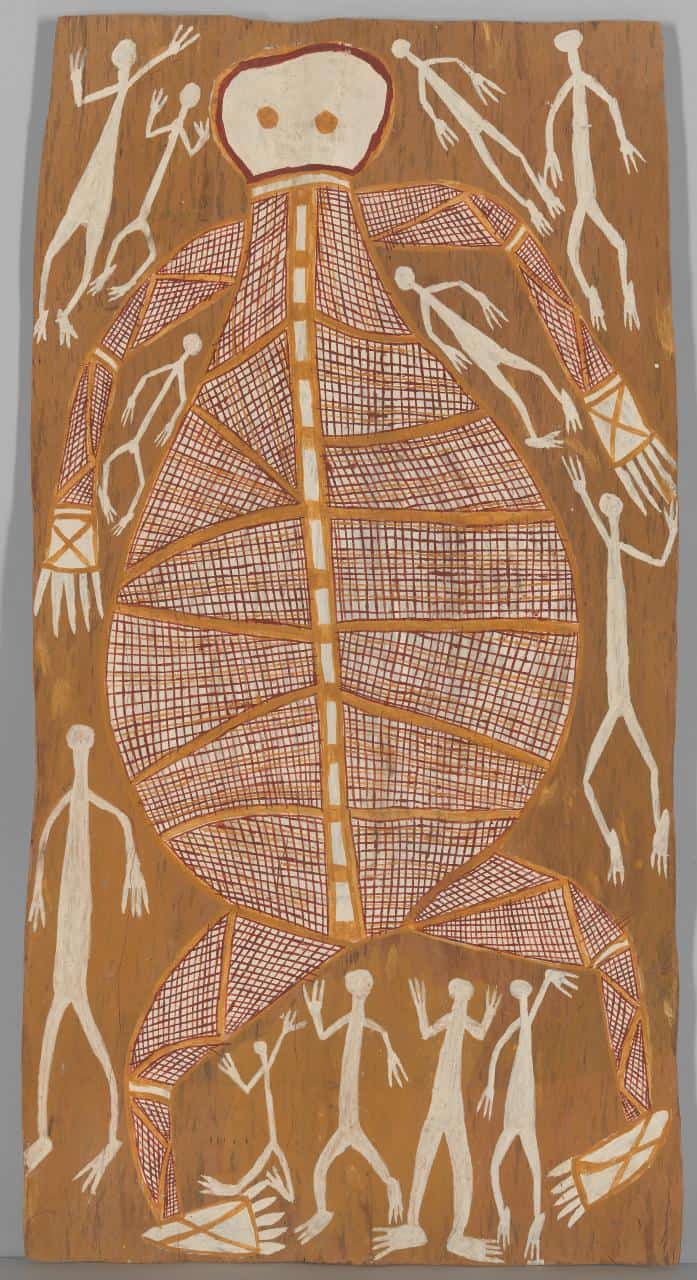 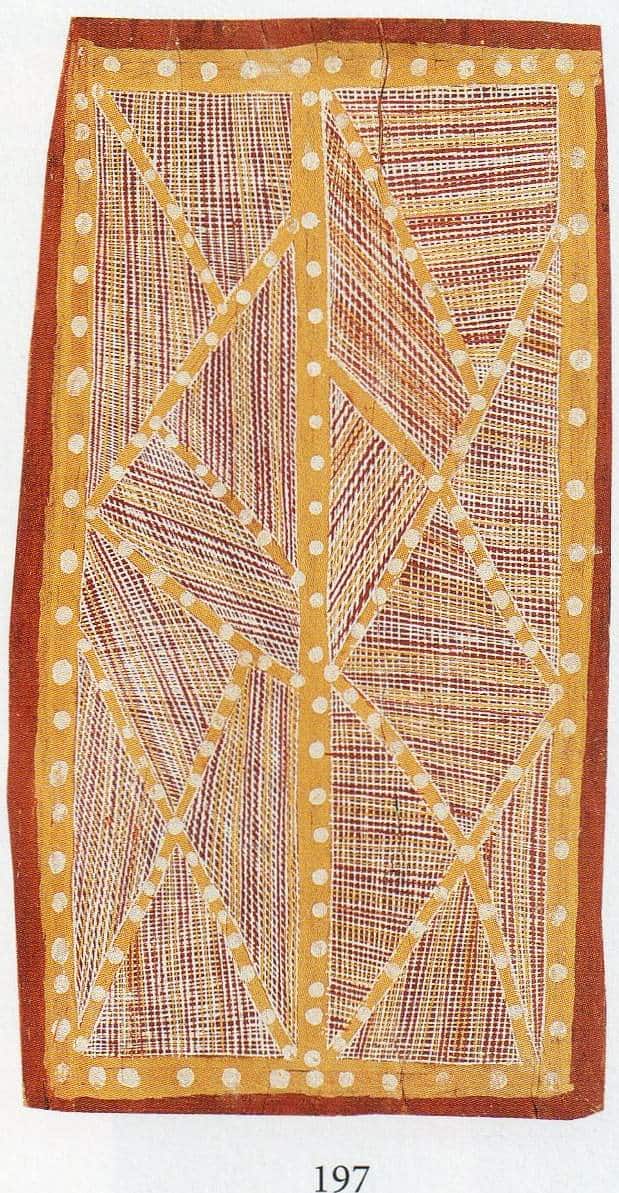 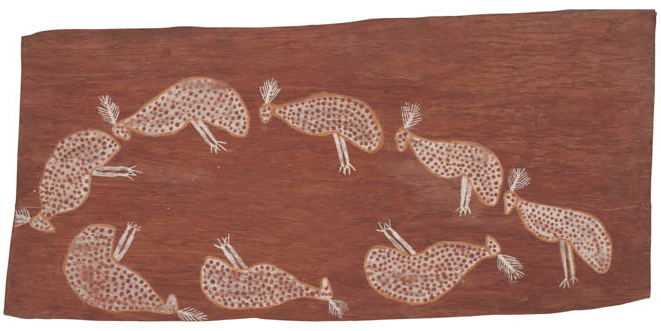 If this post has been informative please take the time and make the effort to share it on social media. By clicking any of the share buttons below you create a link from your social site to this article. Links are what google uses to calculate what information on the web is useful. By sharing this article you are letting google know you found my article / images of some value. Thanks!
← Yirawala Mawalan Marika →