Gawirrin Gumana was born in north­eastern Arnhem Land around 1930. He grew up around Gangan,  initiated and learned the customary legends of his land. He was an important traditional leader but he is also an important Bark painting artist. The aim of this article is to assist readers in identifying if their aboriginal bark painting is by Gawirrin Gumana. It compares examples of his work

If you have a Gawirrin Gumana bark painting to sell please contact me. If you want to know what your Gawirrin Gumana painting is worth to me please feel free to send me a Jpeg. I would love to see it.

Gawirrin Bark Paintings are a combination of crosshatched sections intersperced with totemic animals. Totemic animals include: fresh water turtles, fresh water prawns, fish and cranes. Many of these barks are of Laintjun an ancestral hero. The ancestral hero Laintjun came out of the sea in the Dreaming with the sea foam forming the diamond patterns on his body.  Laintjun taught the Dalwangu Clan how to paint the diamond pattern and the meaning of them.  When Laintjun first arrived from the sea as an ancestral spirit, he assumed a human form.  He later searched the Arafura swamp and found and ate the “Sacred Honey Comb” and so became a spirit man.  In time he became the greatest warrior and hunter in all Arnhem Land.

When he came out of the sea he brought with him all the Yirritja totems and distributed them to all the Yirritja Clans. Garwirrin inherited the rights to this song line from his father Birrikidji

Gawirrin suffered from leprosy as a young man. He moved to Channel Island leprosarium for treatment. He had to undergo treatment for more than a decade. It was during this time that he learned to paint often depicting stories of his country.

Eventually, Gawirrin returned to Arnhem Land and settled at Yirrkala. Being the eldest son of the clan leader Birrikitji he soon became an important and influential leader. He lead the Yolngu people, especially on land ownership and management. 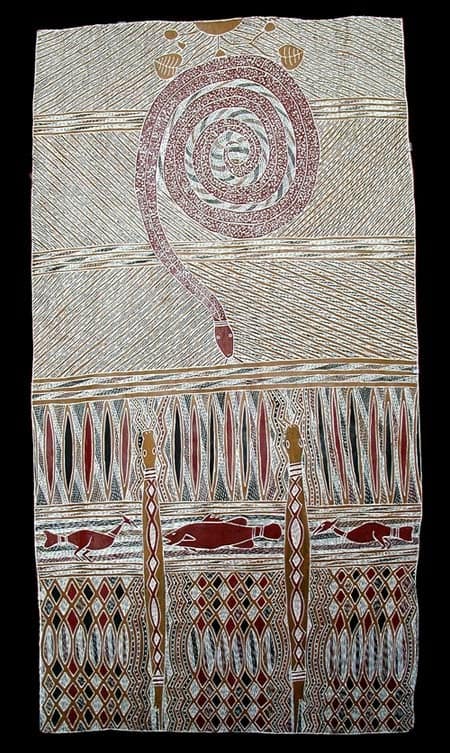 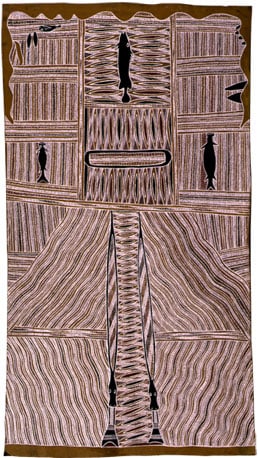 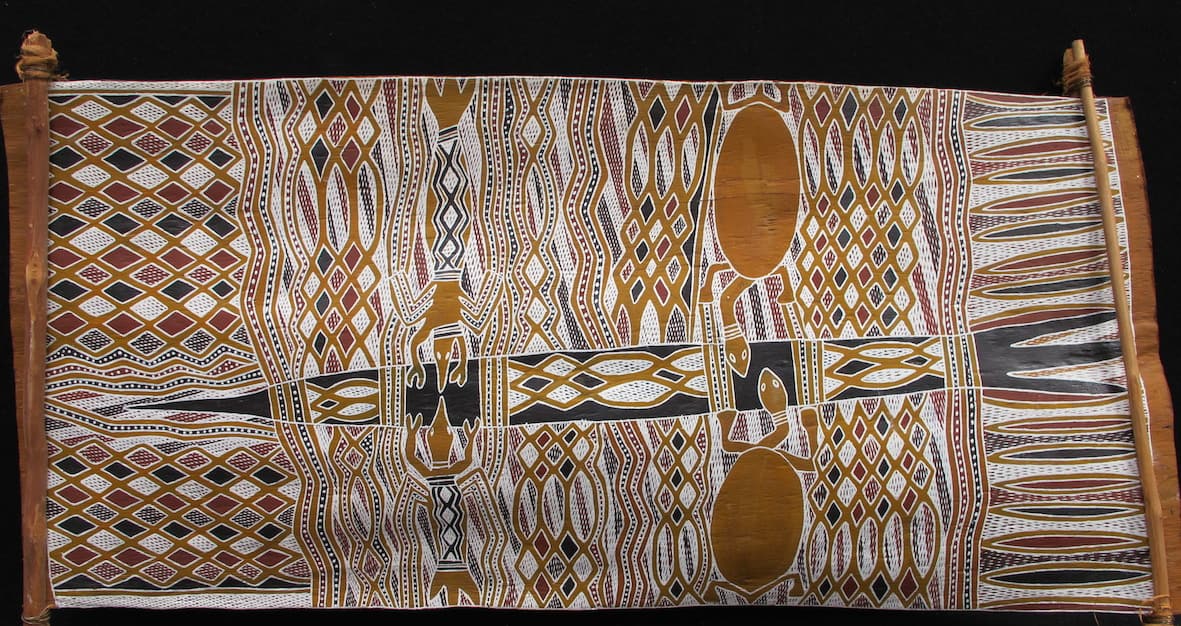 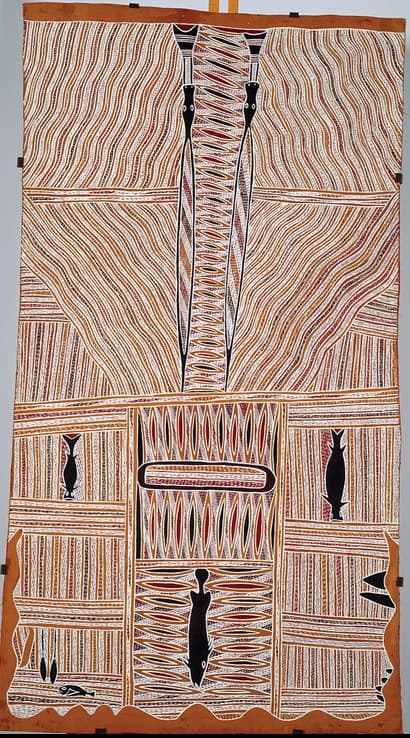 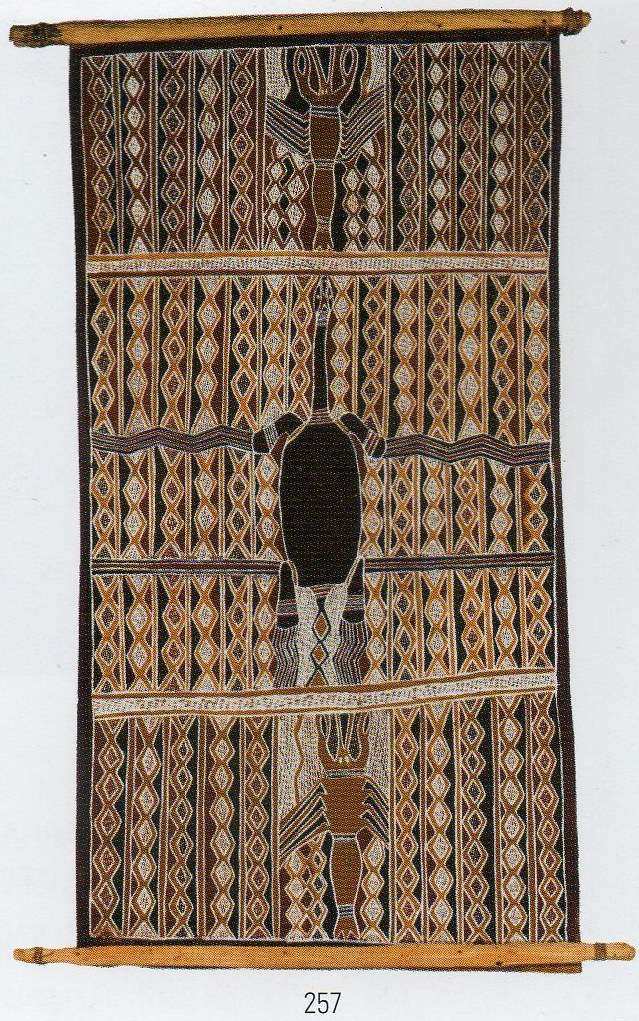