Kitty Kantilla was a well-known Tiwi artist. The aim of this article is to assist readers in identifying if a Tiwi sculpture or Tiwi Painting is by Kitty Kantilla. It comparing 35 examples of her work. Kitty also did a lot of work on paper and canvas in her later years these are not discussed here. 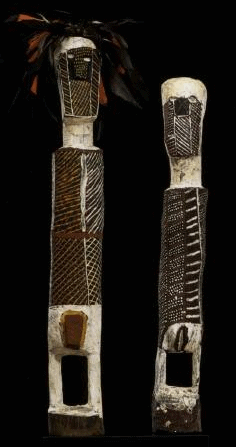 Kitty sculptures have a chunky and crude blocky appearance. The face has a strong wide nose sometimes in a hexagonal shape. Her painting on the sculpture is often made up of lots of dots and blocks of solid color. All her earlier early indicate the sex of the figure. Kitty has also done several Pukumani posts and seabirds as well.

Her earliest works were Tutini (grave poles) and figures carved from ironwood. She used only a tomahawk, chisel and malle bark paintings and tunga (bark baskets). Instead of using the Tiwi painting comb (pwoja), Kantilla painted with a fine stick of coconut palm frond. Her paintings featured variable dots, each bearing the mark of her inimitable hand, earning her the nickname ‘Dot Dot’.

Her paintings on bark are often made up of lines of dots within frameworks of rectangles or squares. These designs are a reflection of traditional body painting designs that the Tiwi use during the Pukumani ceremony. Kitty was amongst the very last who inherited these designs intact from her father.

Kitty’s works reflect the Tiwi creation story. In the Tiwi version of creation Bima, the wife of Purukapali, makes love to her brother in law while her son Jinani, is lying under a tree. As the sun moves the baby exposed dies under the full heat of the sun. Purukapali becomes enraged and after his wife changes into a bird he begins an elaborate mourning ceremony for his son. This was the first Pukumani (mortuary) ceremony, and tells how death first came to the Tiwi Islands.

Kitty was carving and painting around the same time as Declan Apuatimi, Mani Luki and Mick Aruni

Kitty Kantilla, was born around 1928 at Yimpinari, on the eastern side of Melville Island, and lived a traditional life as a child. The mission settlement located on the eastern coast of Bathurst Island established in 1911. In 1970 Kitty, along with a number of other countrywomen, created a tiny outstation in her mother’s country at Paru, on Melville Island. It was here that Kitty first began working as an artist. She worked with a group of widowed women who became renowned during the early 1980’s. They mainly made ironwood sculptures of ancestor figures drawn from the Purukupali legend.

In 1989 she moved to Milikapiti and continued painting and carving.

In the early 1990’s, Kitty moved in to Milikapiti (Snake Bay). Jilamara Arts and Crafts had grown from an Adult Education center supporting more and more artists who lived closer to their own country. Here as she grew older, she ventured away from sculpture and began working on canvas and paper.

in 1995 Kitty Kantilla became a reluctant printmaker. She had established her reputation with painted and carved ironwood figures and with paintings on bark and later on paper and canvas. Martin King a printer from the Australian Print Workshop arrived at Jilamara in 1994. A year later Kitty agreed to make some prints for him.

In 2001 she also made lithographs with the Australian Print Workshop. In 2002 Kantilla’s prints were included in the APW exhibition, ‘People in a Landscape’. In 2002 Kantilla won the ‘work on paper’ section of the Telstra National Indigenous Art Award with a painting on paper, ‘Pumpuni jilamara’, 2001.

Kitty passed away in 2003 but her international reputation continues to grow after her death. 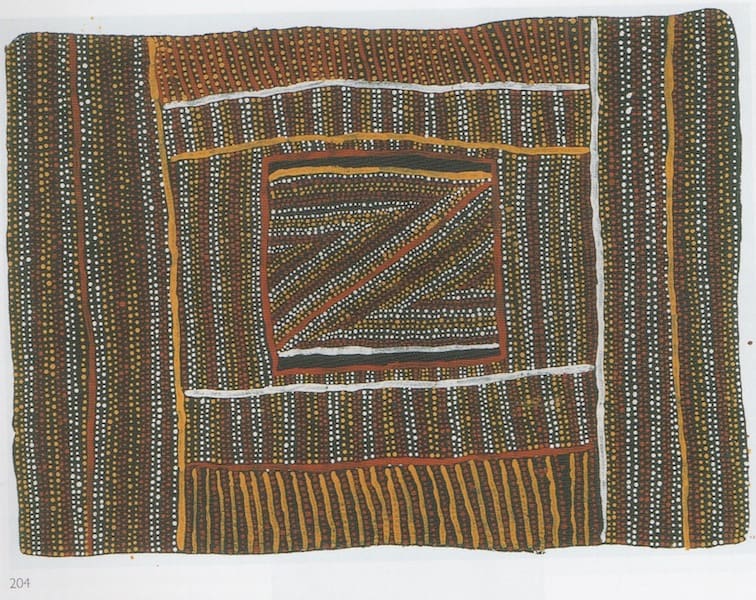 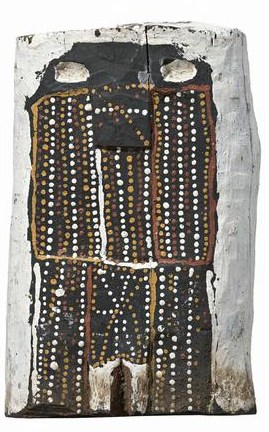 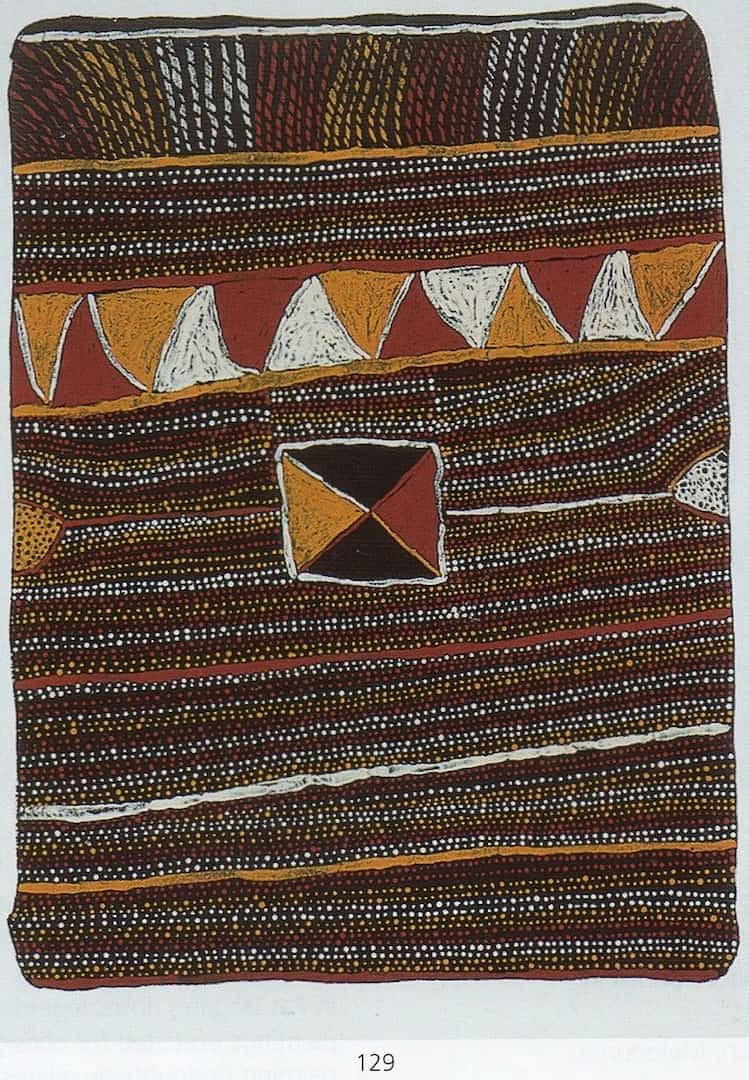 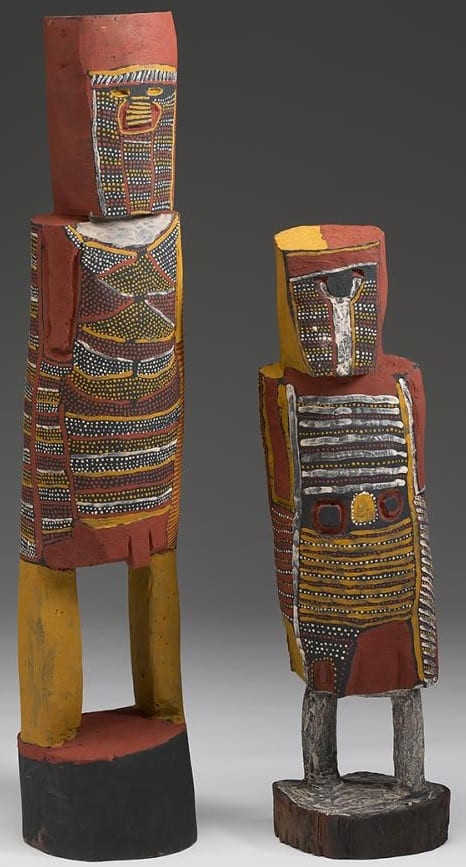