Mani Luki was a well known and prolific Tiwi Sculpture artist. He worked in Paru on Melville Island in the 1970’s and produced many great painted sculptures.

The aim of this article is to assist readers in identifying if a Tiwi sculpture is by Mani Luki by comparing examples of his work.

His sculptures have a distinct Eyebrow ridge and clearly carved nose and mouth. His painting on sculpture is reasonably fine. The sex on the figures is not shown and sometimes covered by a loin cloth. He carves distinct breasts on female figures. He carved not only full figures but quite often a bust. Some of his sculptures are nearly identical to his brothers Aurangnamirri but the eyebrows are more at a right angle. He was one of the only Tiwi to joint the arms of his figures onto the body. This earned him the nickname carpenter

Mani Luki has done at least one carving of a seabird perched on the spirit figures head.

His sculptures depict a Tiwi Dreamtime story about Purukupali and Bima.

Purukupali was the first man on earth. While he was away hunting his wife Bima had an affair with Purukapali’s younger brother Tapara. While making love to his brother she left her baby Jinani under a tree. The baby died when the hot sun shifted and the baby was no longer in the shade. When he returned Purukupali in his grief walked into the sea with his dead son and disappeared forever. Tapara, with his face slashed by a stick, became the moon. Bima became a curlew (bird). To the Tiwi people, Purukupali was the first death, This first death leads to the first Pukumani (burial) ceremony.

Other Tiwi sculpture artists working at the same time as Mani Luki include Purawarrumpatu, Stanislaus and Declan Apuatimi

Mani Luki was born around 1920 and died in 1980. Unfortunately along with many other early Aboriginal Artists not a lot of information is available about Mani Luki.

He was probably the son or of another lesser-known pioneering artist Black Joe Wommatakimmi. Mani Luki was such a prolific and skilled carver it earned him the nickname Harry Carpenter.

If anyone knows more information about the biography of Mani Luki, please contact me as I would like to add it to this article. 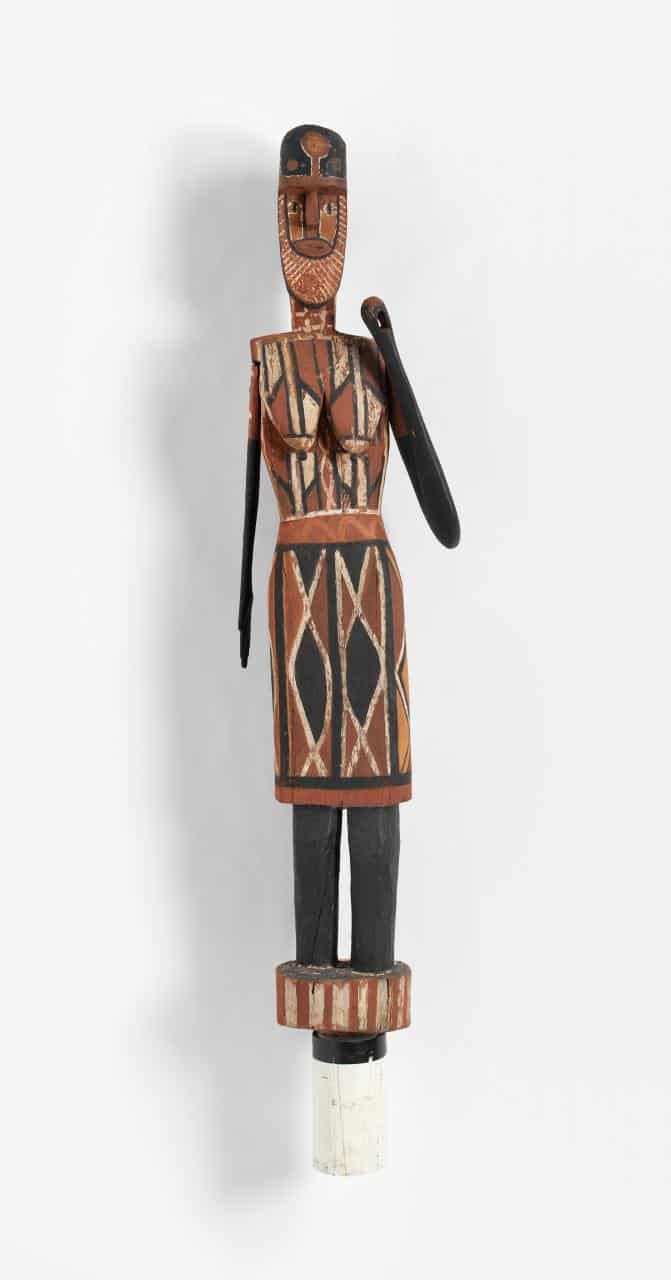 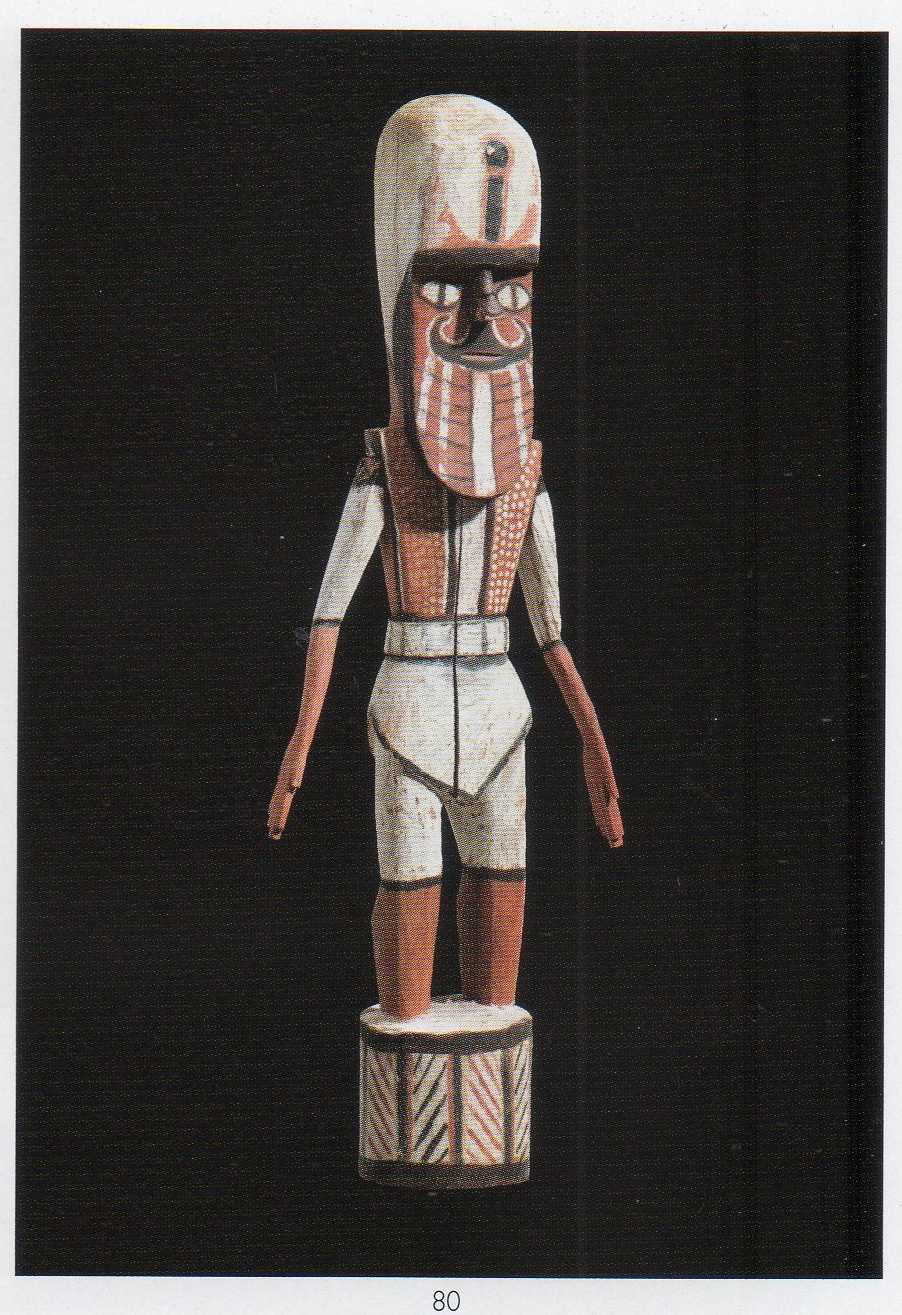 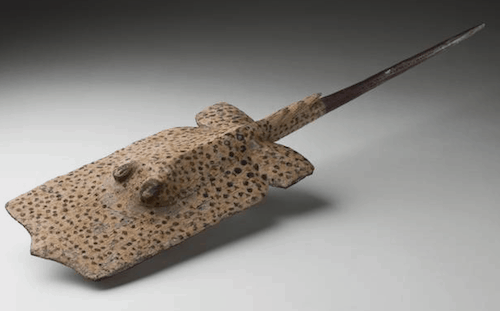