Dick Murrumurra was born around 1920 at Kukadjerri. He grew up in the rock country at the headwaters of the Liverpool River. His style of bark painting remained true to its rock painting origins throughout his life. He was a prolific bark painter who lived in and around Oenpelli during the 1960s and 1970s. The aim of this article is to assist readers in identifying if their aboriginal bark painting is by Dick Murrumurra. It includes many examples of his work.

If you have a Dick Murramurra bark painting to sell please contact me. If you just want to know what your Dick Murrumurra painting is worth to me please feel free to send me a Jpeg. I would love to see it. 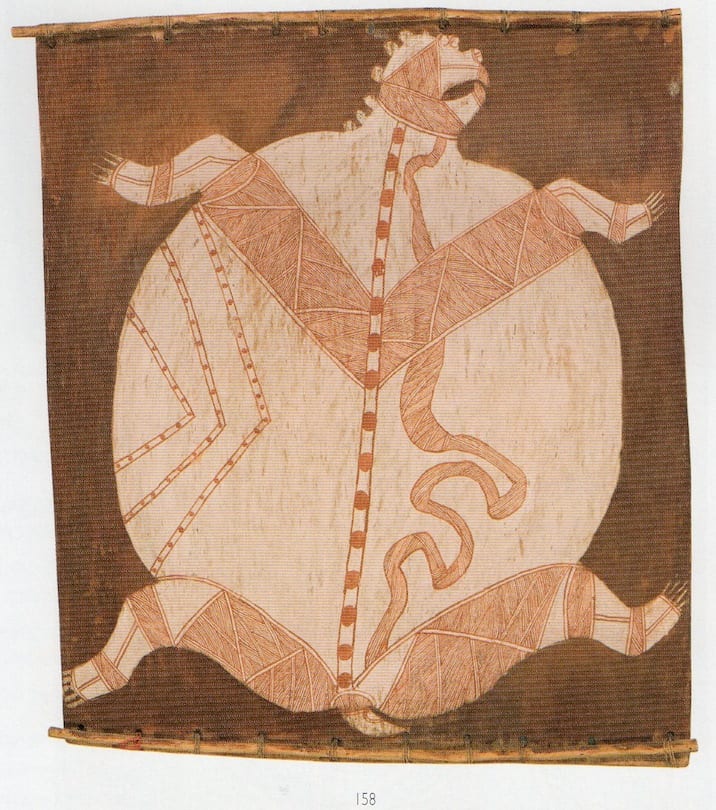 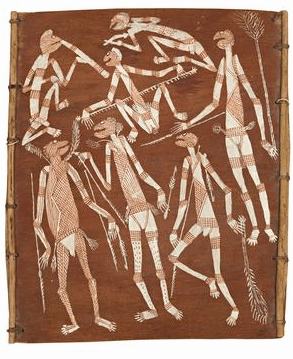 Early bark paintings by Murrumurra have very fine painted parallel Rarrk. They are in x-ray style distinct to Oenpelli. His bark paintings are similar in quality to the more famous Lofty Nabardayal. His paintings of figures are in some cases superior in quality to Loftys. He was a superb draftsman with acute powers of observation. His finely detailed paintings suggest volume and have a three-dimensional feel to them.

Murrumurra preferred using a solid red ochre background. His animals and figures white with details in red and yellow and sometimes black. He was not afraid to leave large areas monochrome. On earlier barks where there is line work it is intense parallel lines done with great skill and not much cross-hatching. His later works use more cross-hatching and have less open spaces.

Murrumurra Figures have a distinctive face shape with large open mouths and eyes at the very top of the head. He has also painted Namarrkon the lightning spirit.

In his later years, Dick Murrumurra lived at , close to his own Bularlhdja clan lands. He passed in 1988. If anyone has further information about Dick’s life I would love to hear from them so I can add it to this article. 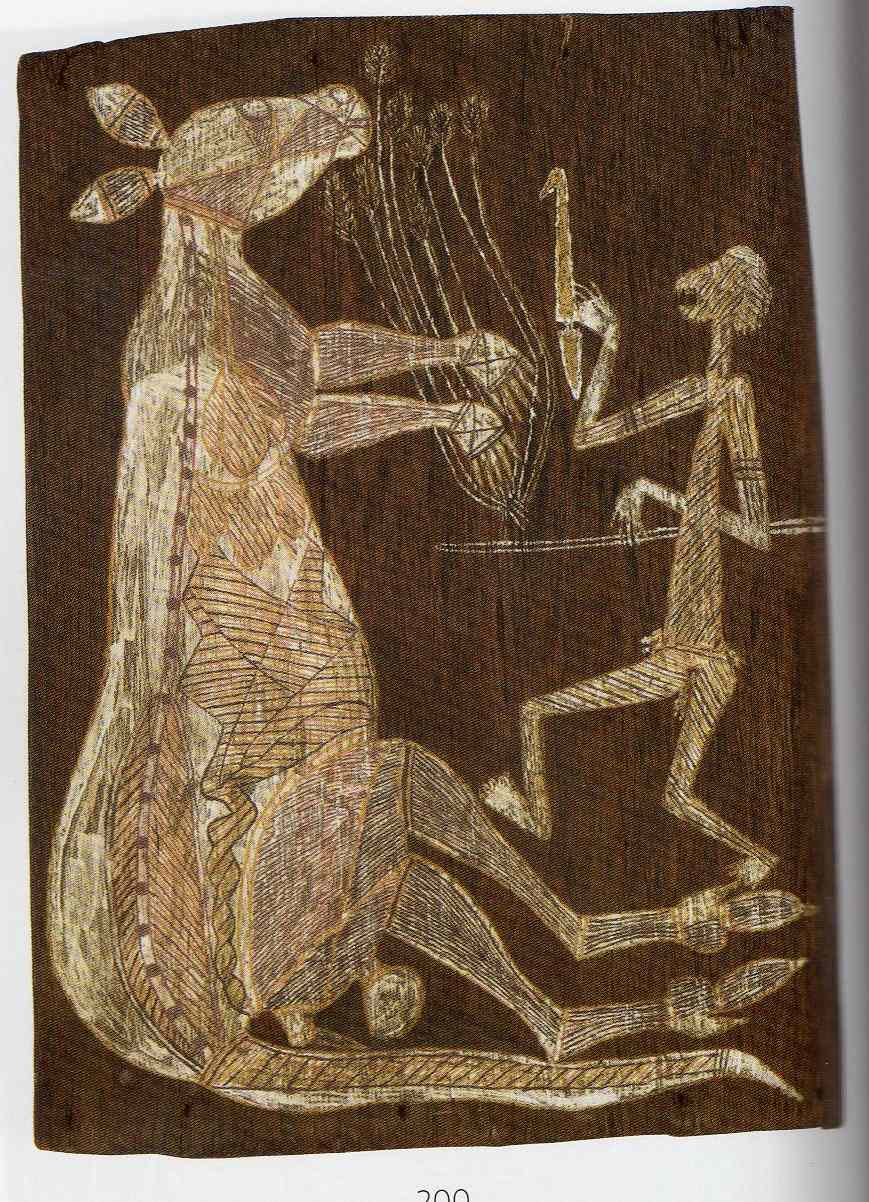 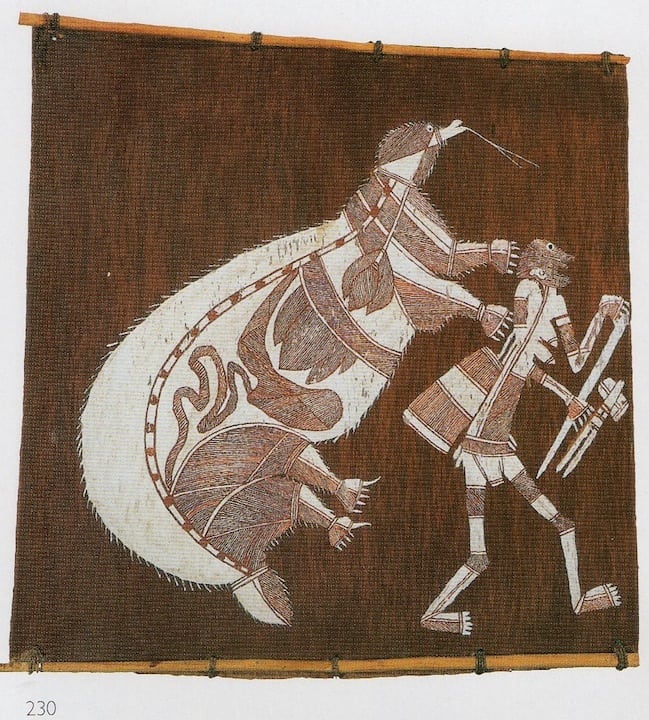 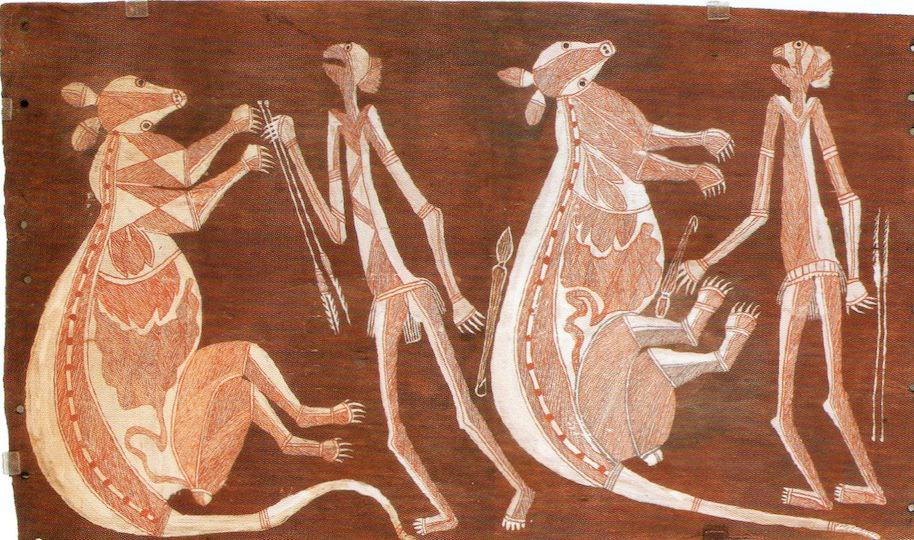 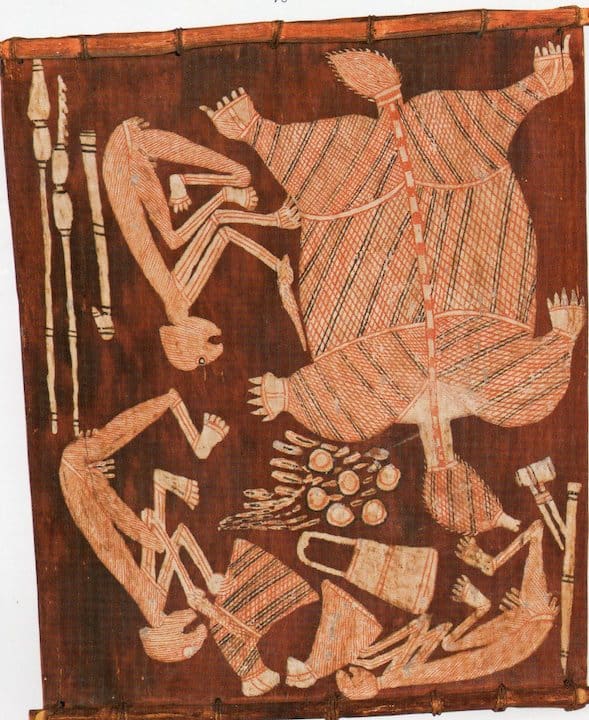 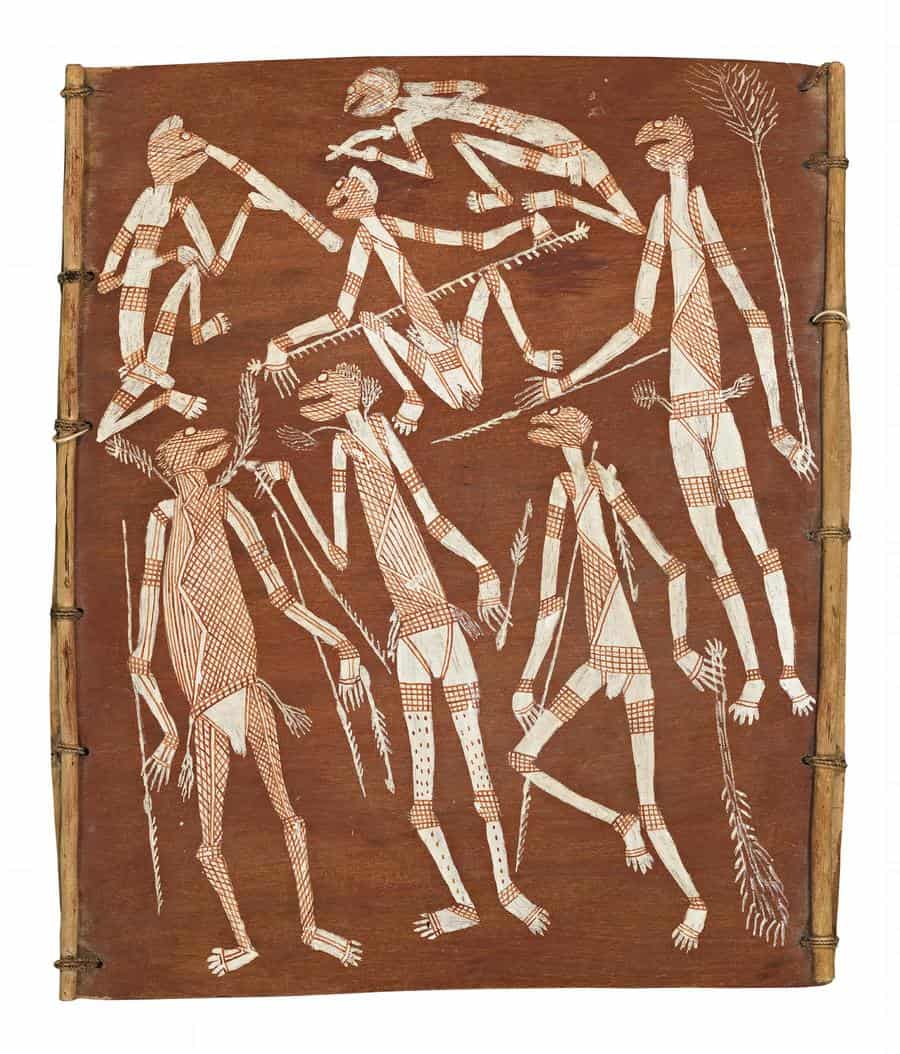 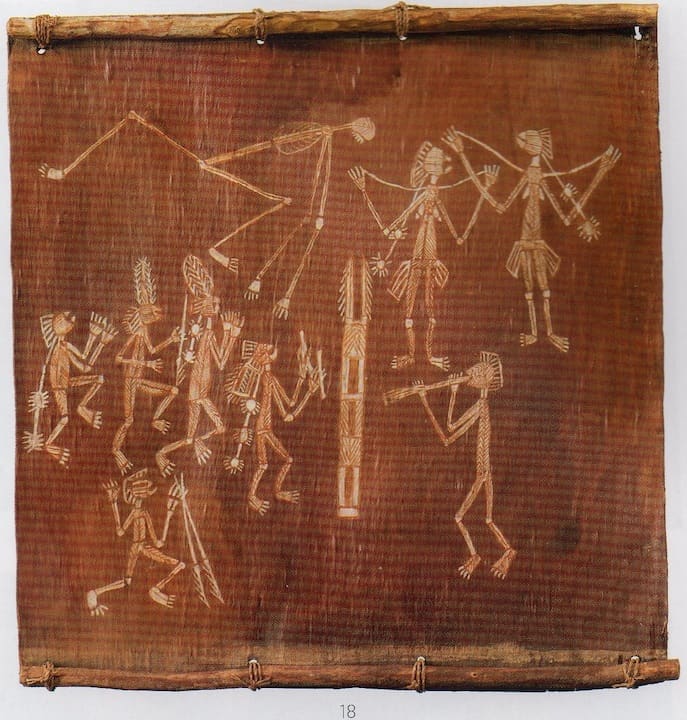 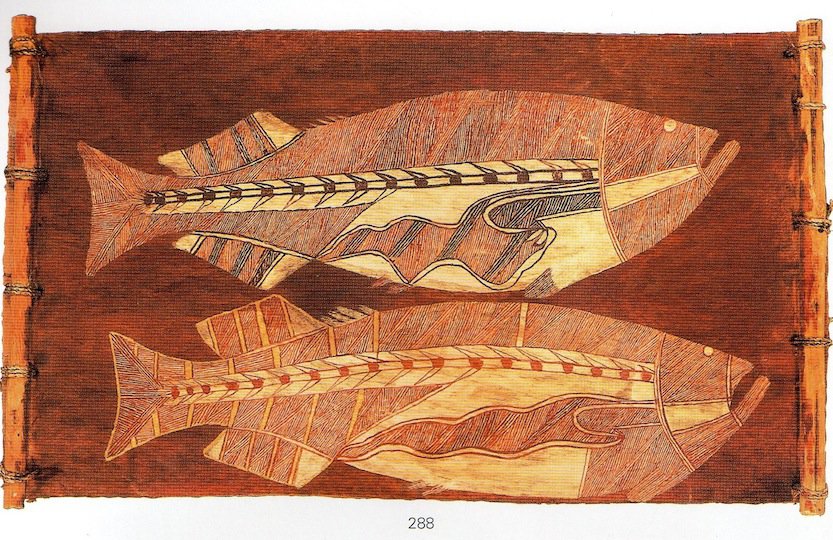 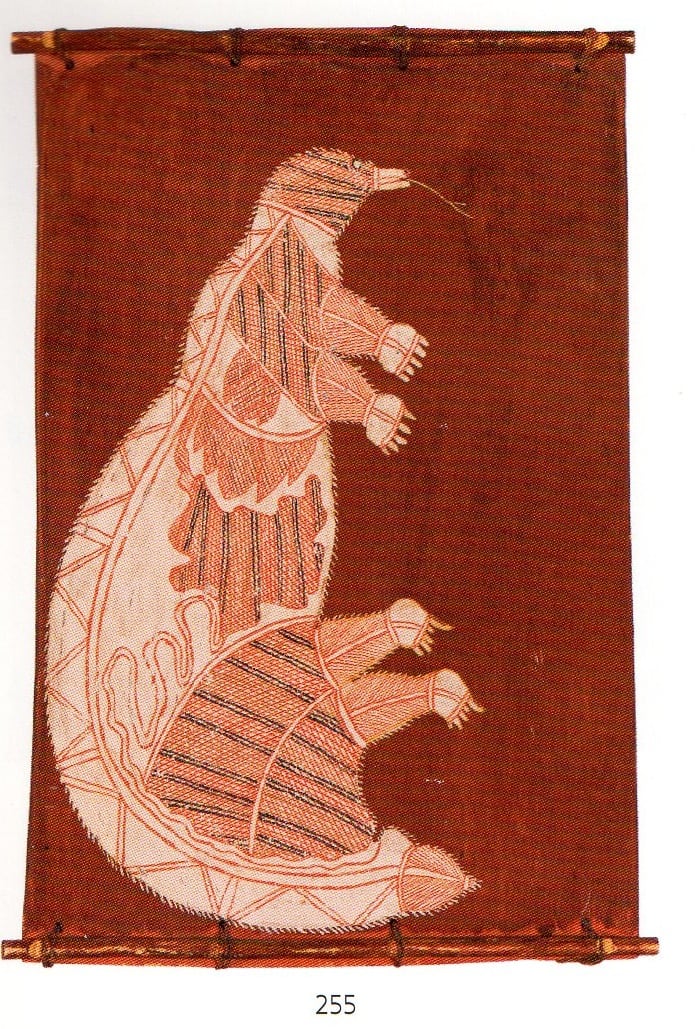 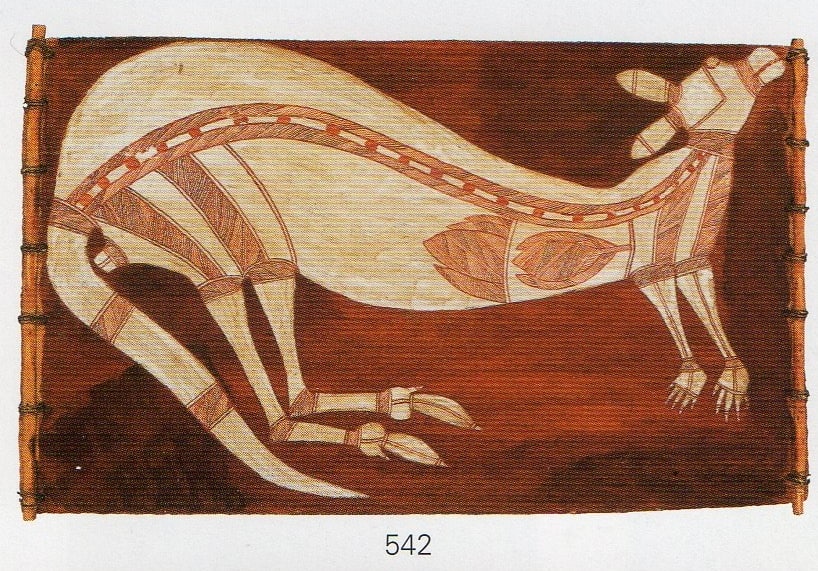 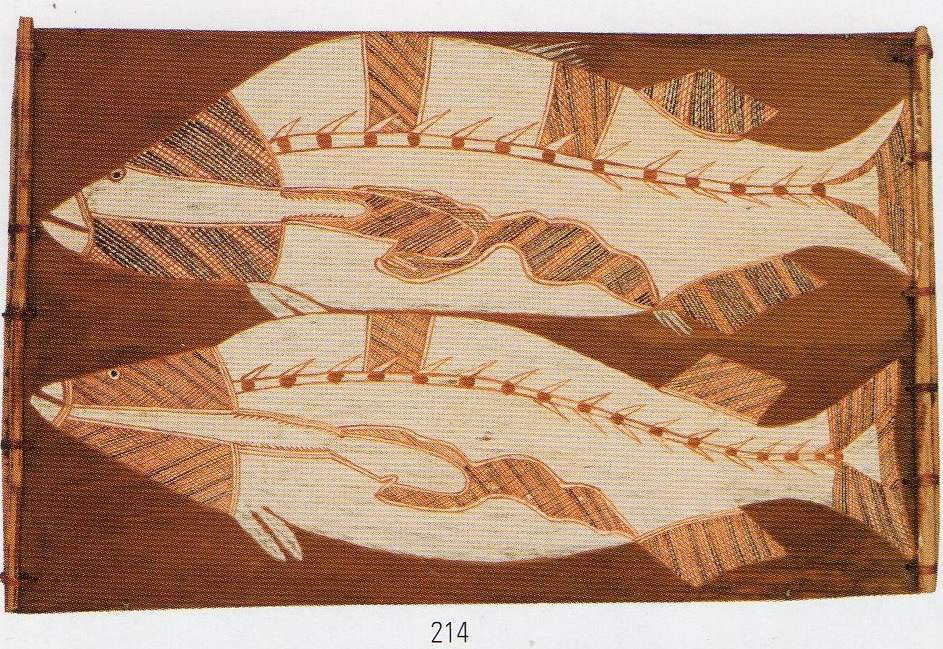 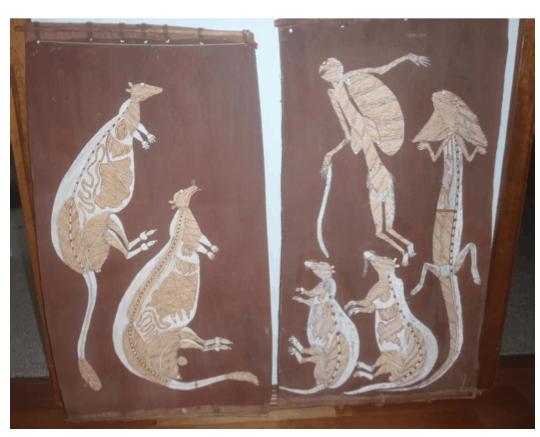 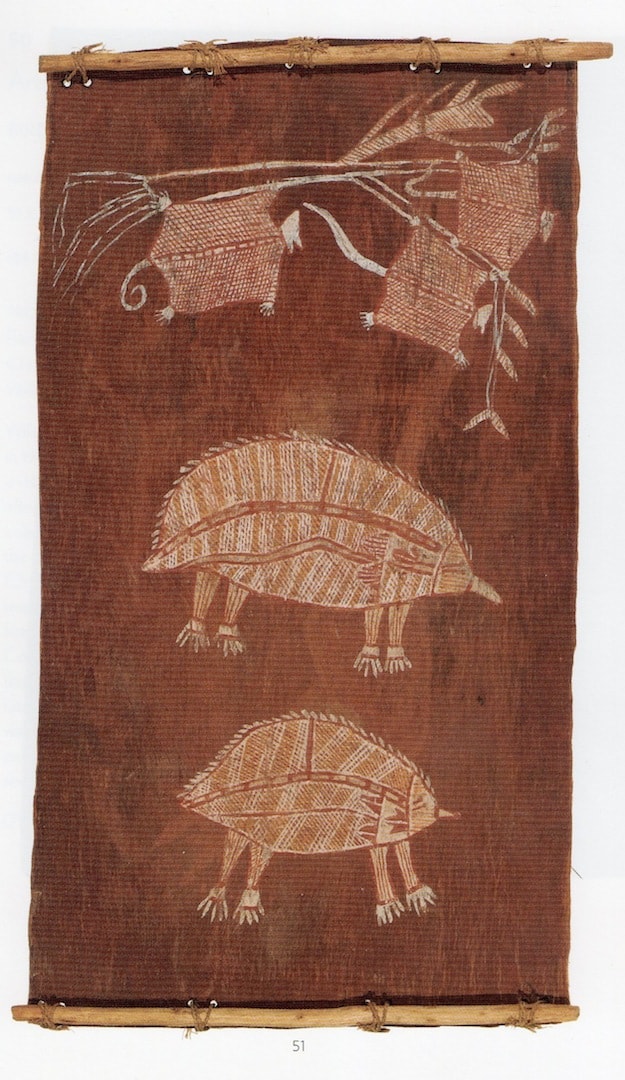 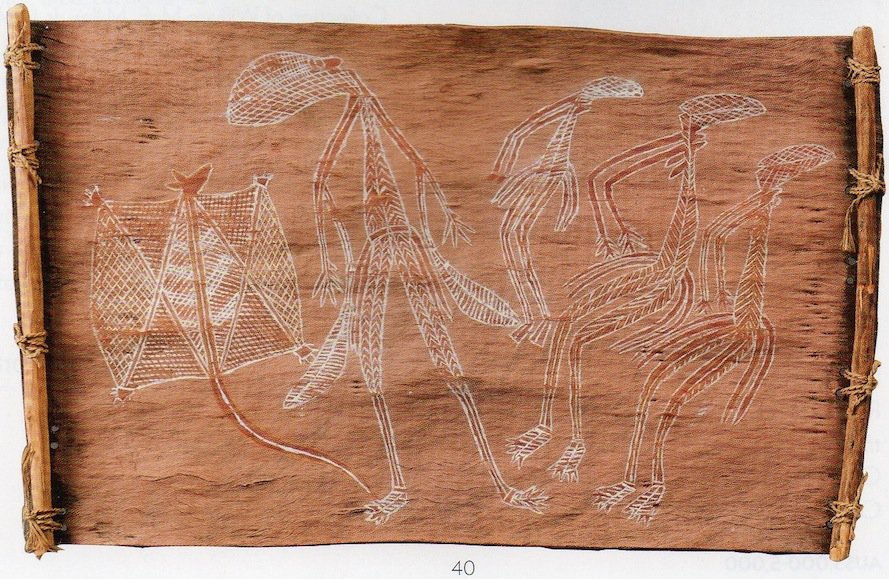 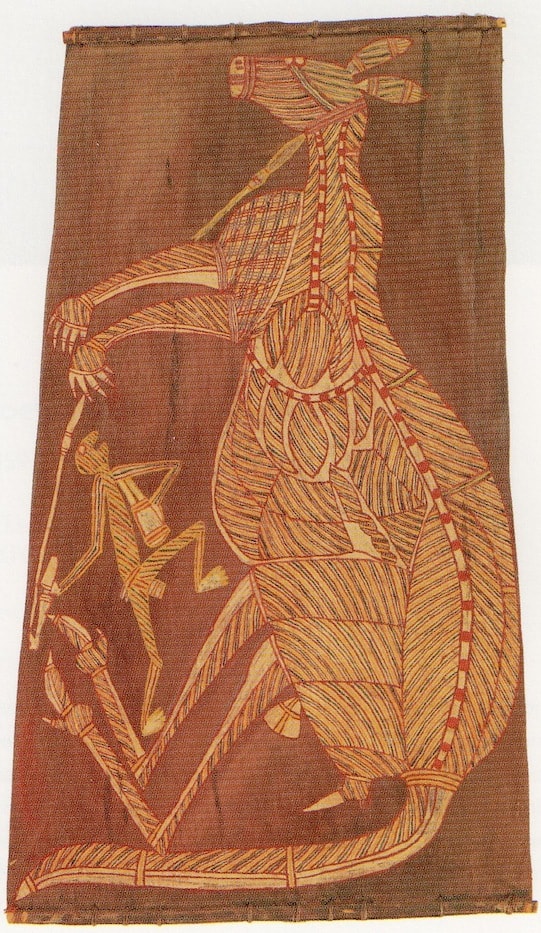 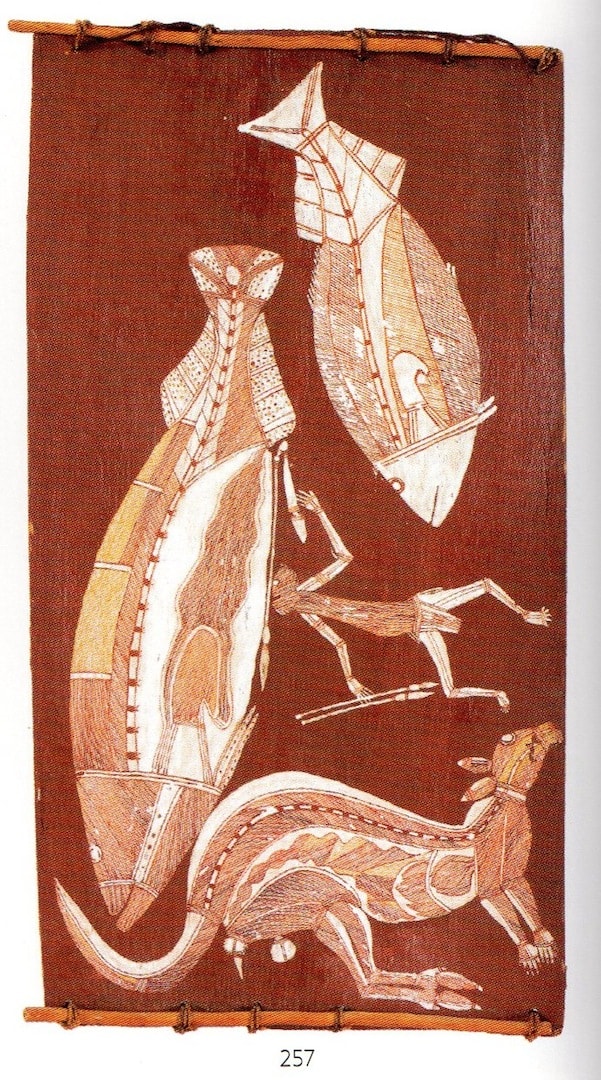 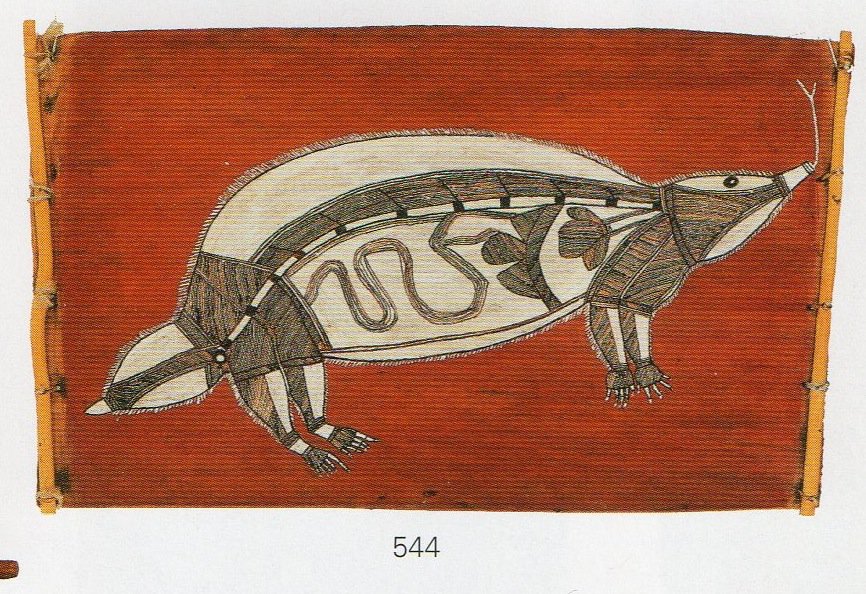 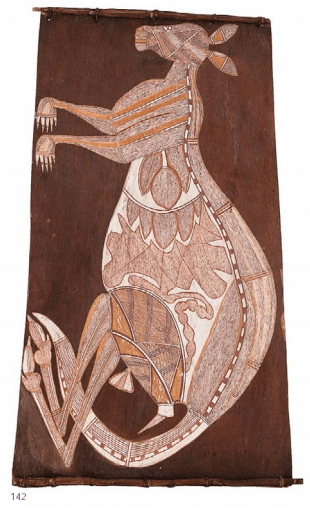 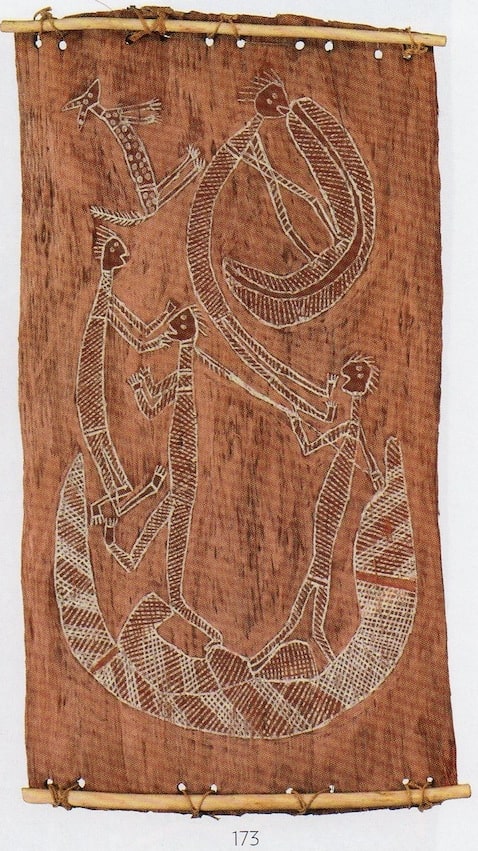 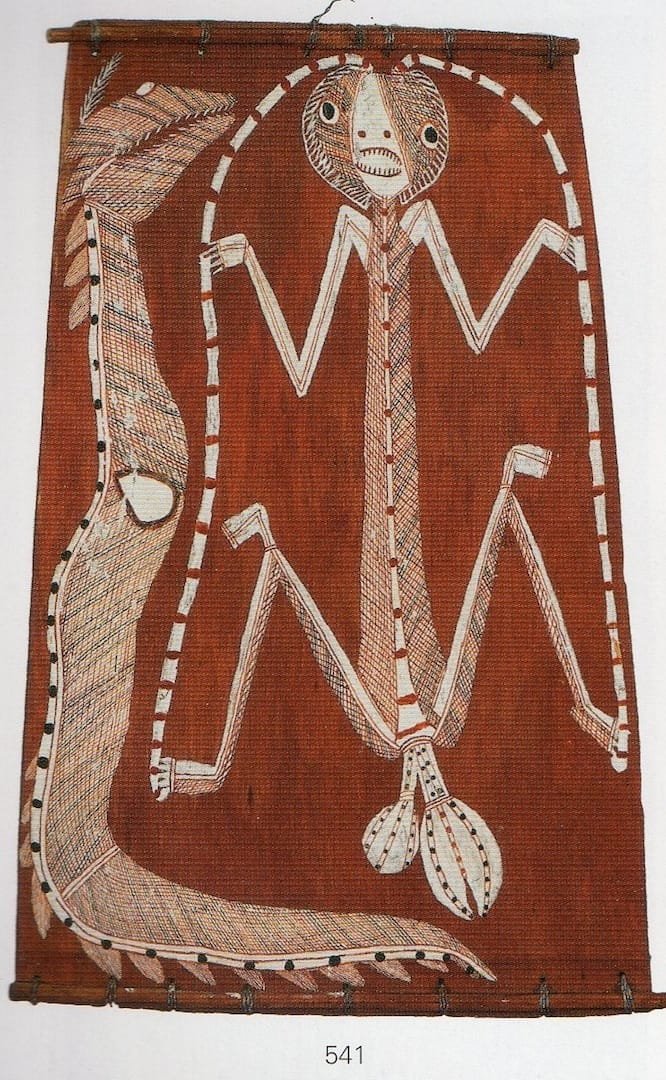 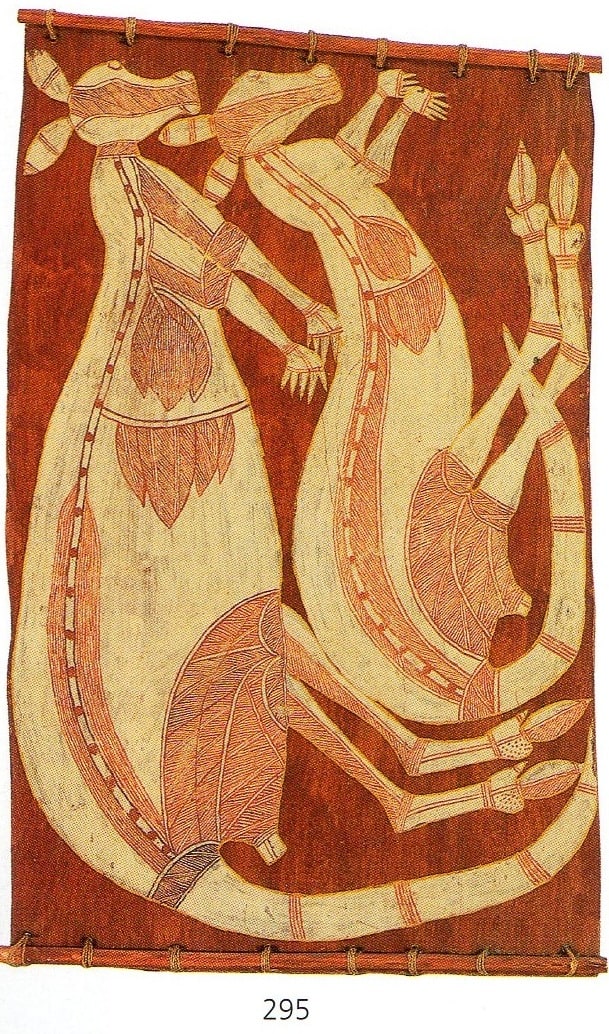 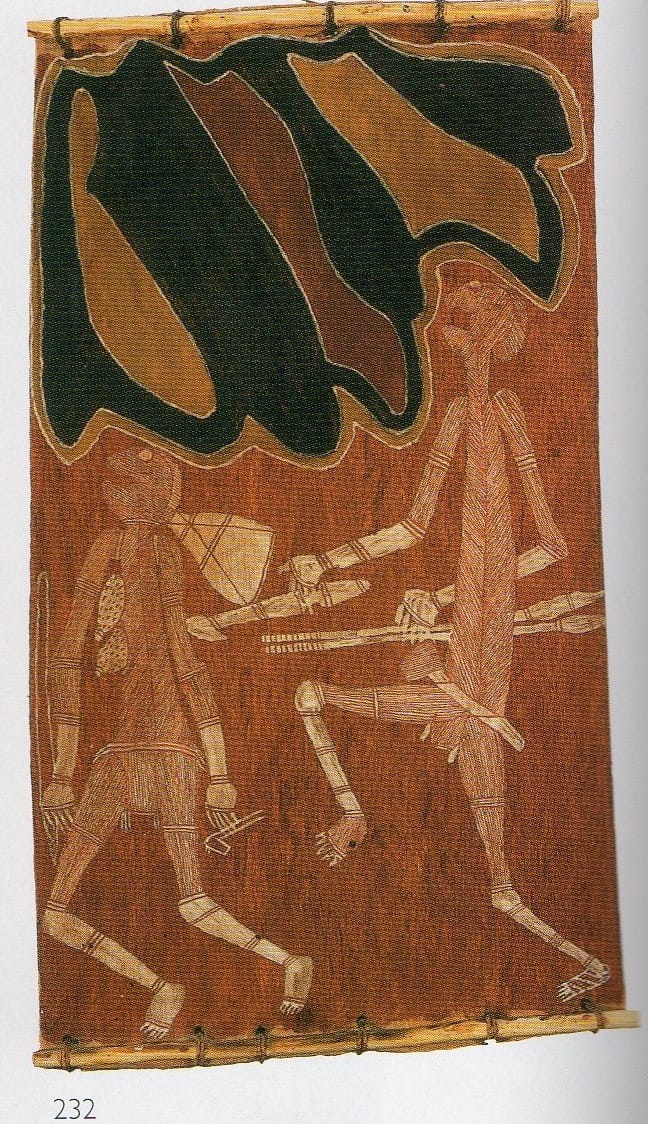 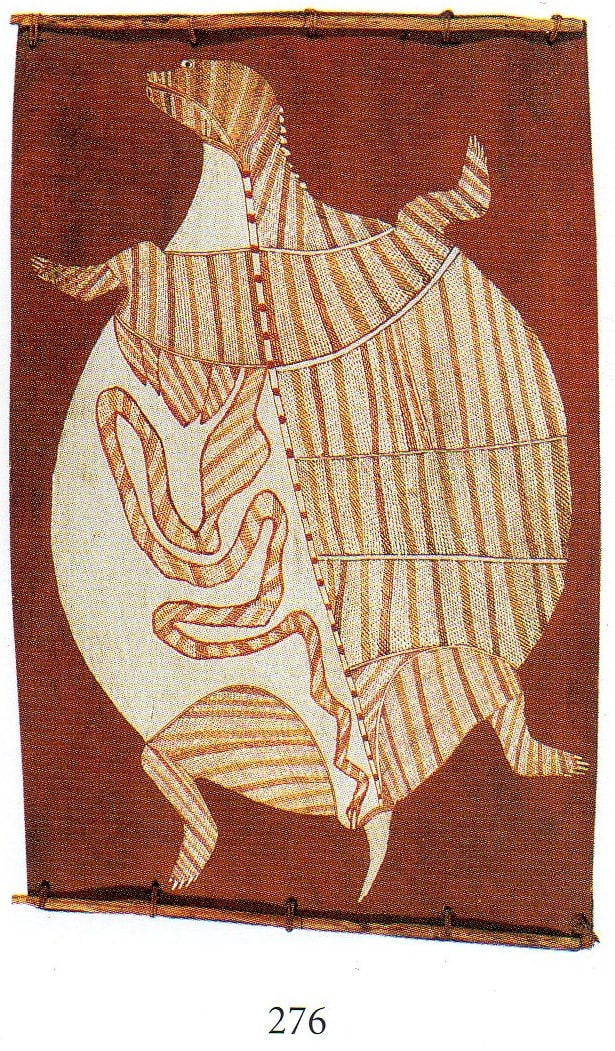 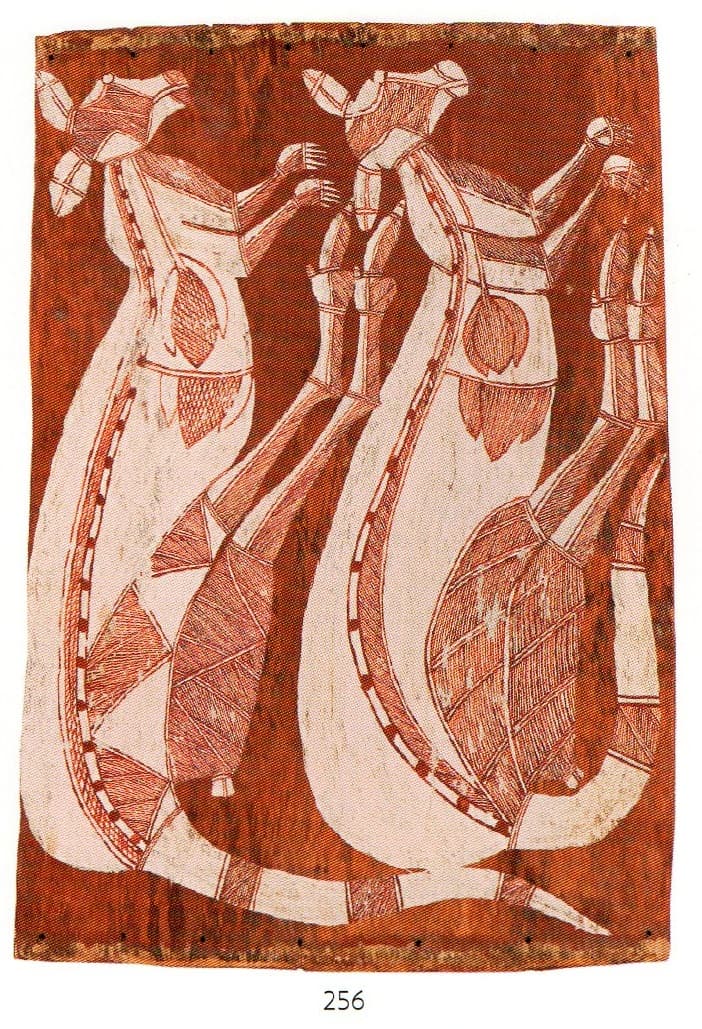 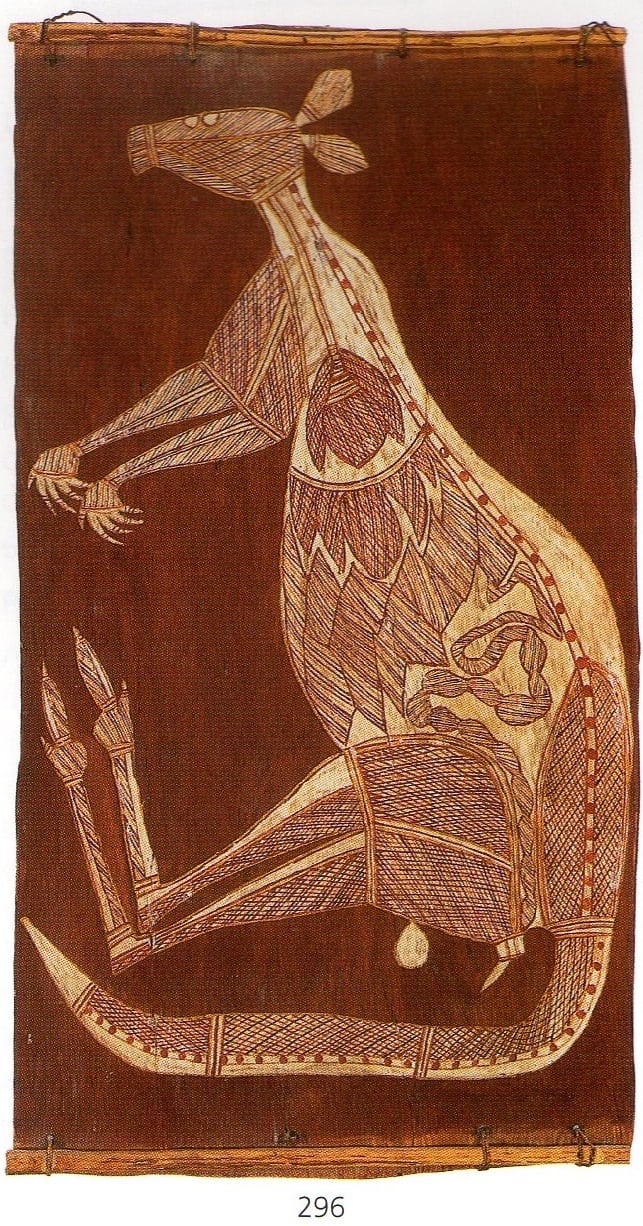