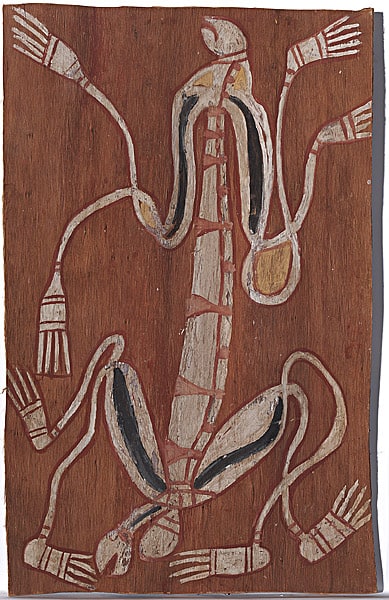 Jimmy Midjaumidjau is one of the old school artists whose works have a flow to the limbs that has nothing to do with where the joints are. His barks have a great fluidity and lack European convention. Some of his paintings are directly related with sorcery. Sorcery, in this case, is traditional beliefs disliked by Christian missionaries. He belonged to a generation of aboriginal artists who knew their art had a direct magical effect in the real world.

Jimmy Midjaumidjau had two very distinct phases of bark painting. His early works were mainly for anthropologists and are extremely traditional. They have strong fields of color; bold outlining in white pigment and animated forms. These early works are very similar to early works by Paddy Compass Namatbara. The faces on his early bark paintings of spirits look more animal than human. 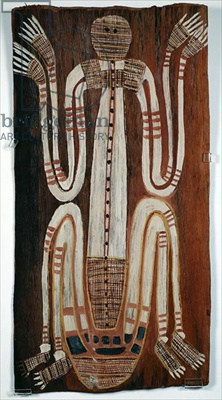 Jimmy Midjaumidjau did do paintings of animals including Kangaroos, turtles, snake, fish, and echidna. These animal barks are nowhere near as popular with collectors as his spirit figures. He also painted depictions of Namarrkon the Lightning spirit. I like his earlier works for the pure freedom and lack of inhibition and convention.

Very little information is available on this artist. Jimmy was born in Minjilang on Crocker Island around 1897 and died in 1985. He spoke Kuninjku, language. If anyone knows more information about the life of Jimmy I would love to hear from them. I would be more than happy to add it to this article. 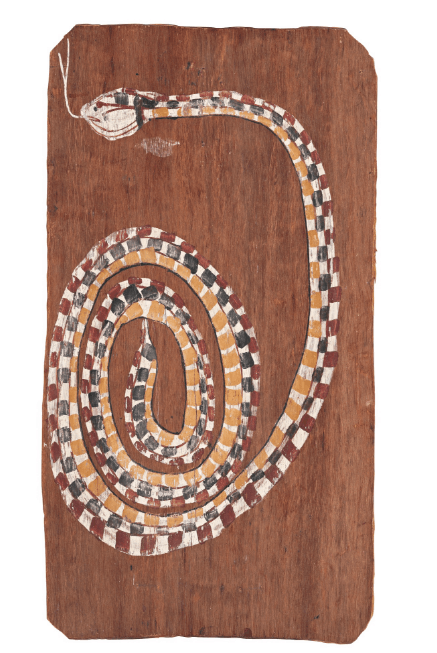 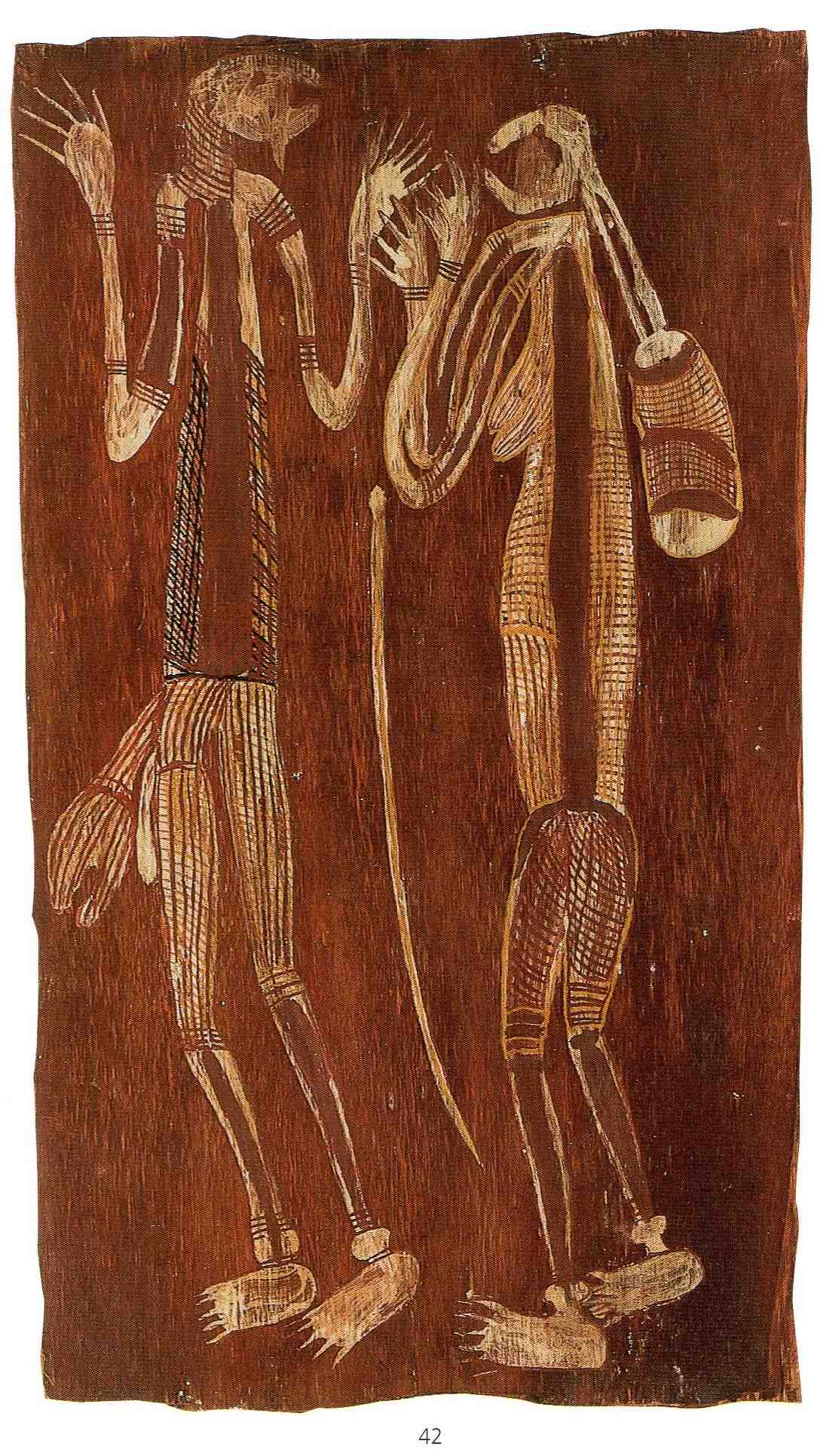 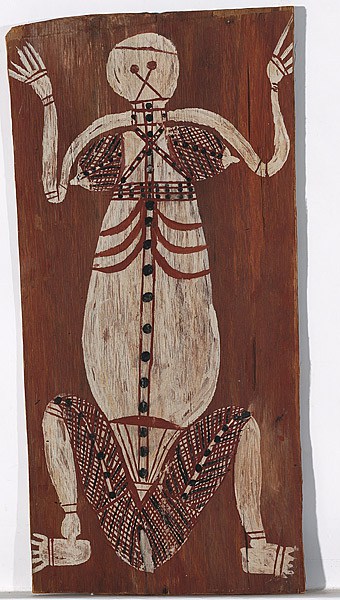 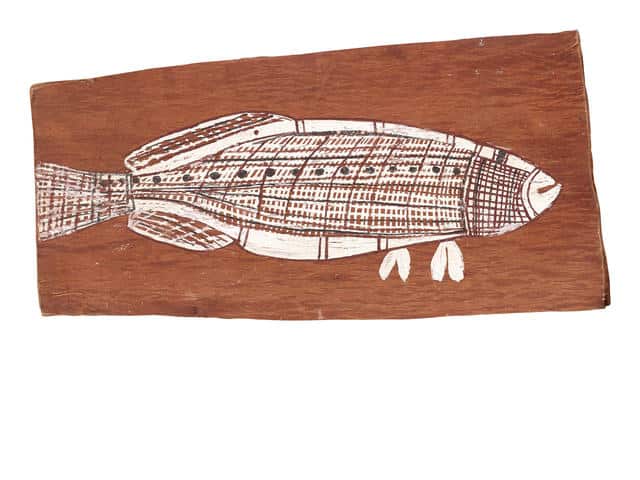 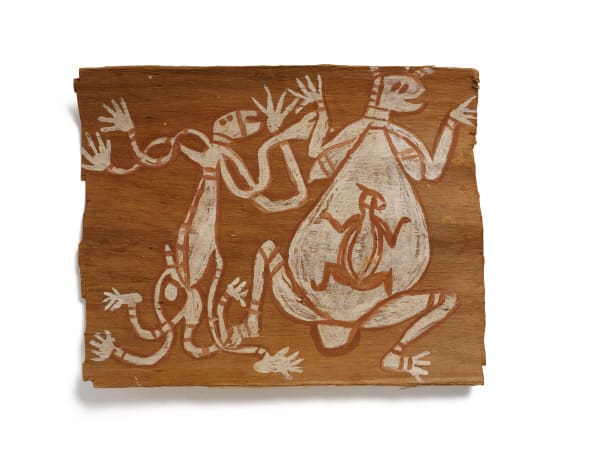 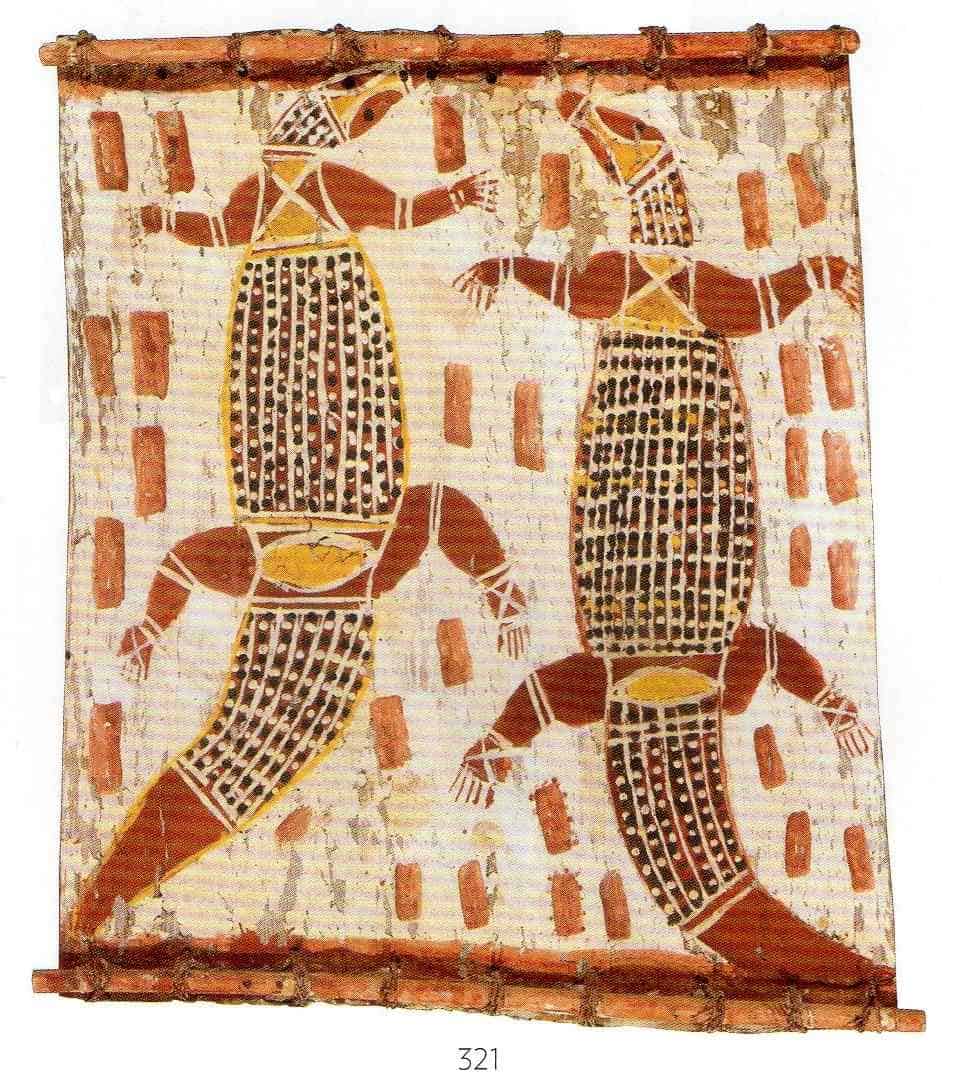 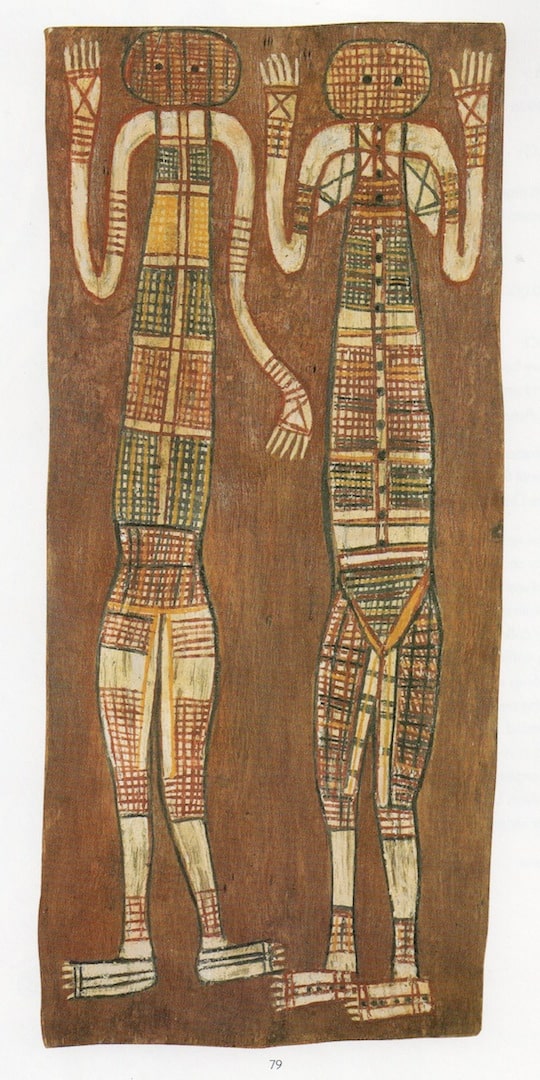 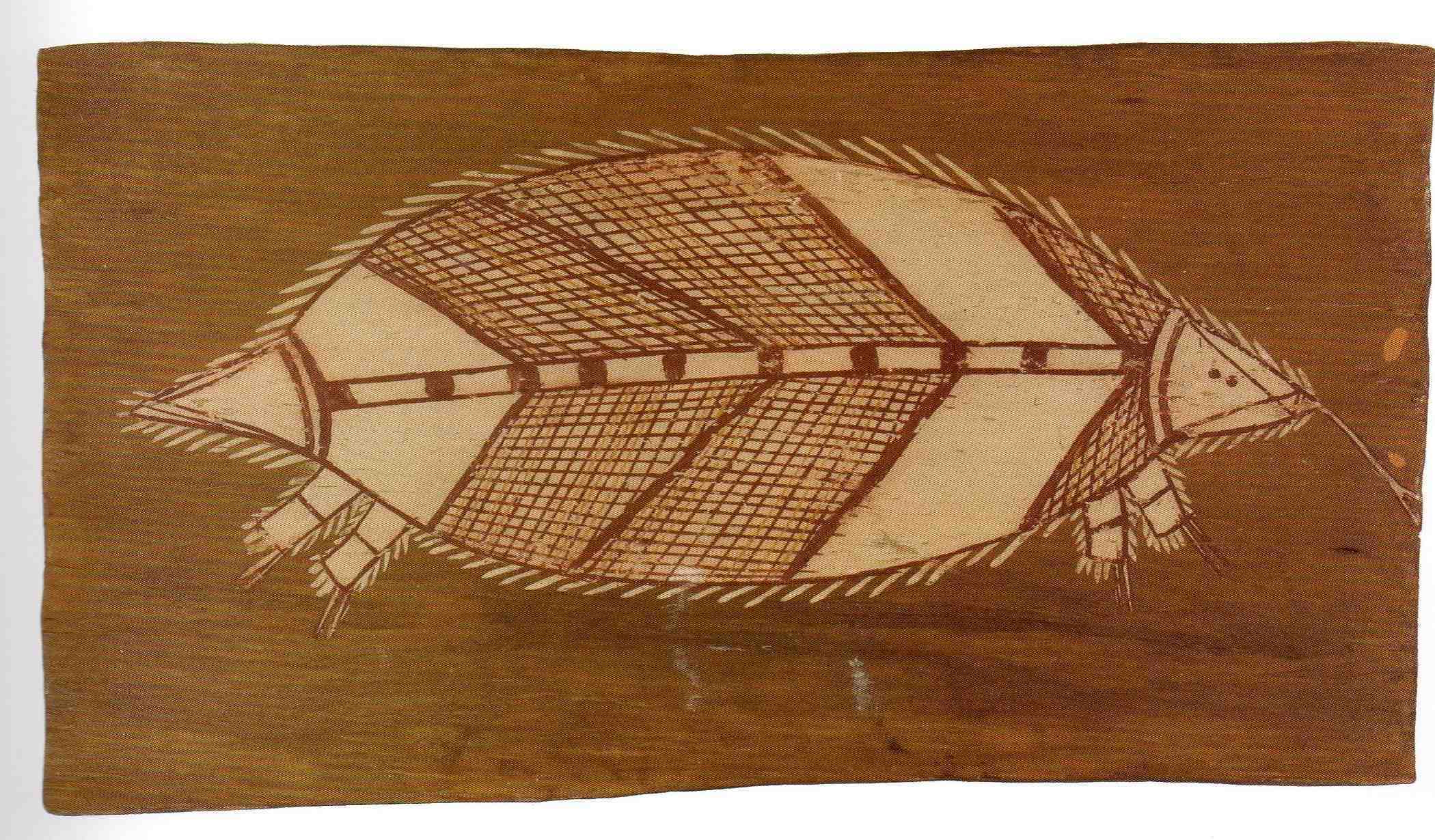 If this post has been informative please take the time and make the effort to share it on social media. By clicking any of the share buttons below you create a link from your social site to this article. Links are what google uses to calculate what information on the web is useful. By sharing this article you are letting google know you found my article / images of some value. Thanks!
← Jimmy Midjau Midjau : Crocker Island Bark Painter Billy Yirrawala Picasso of Arnhem Land →