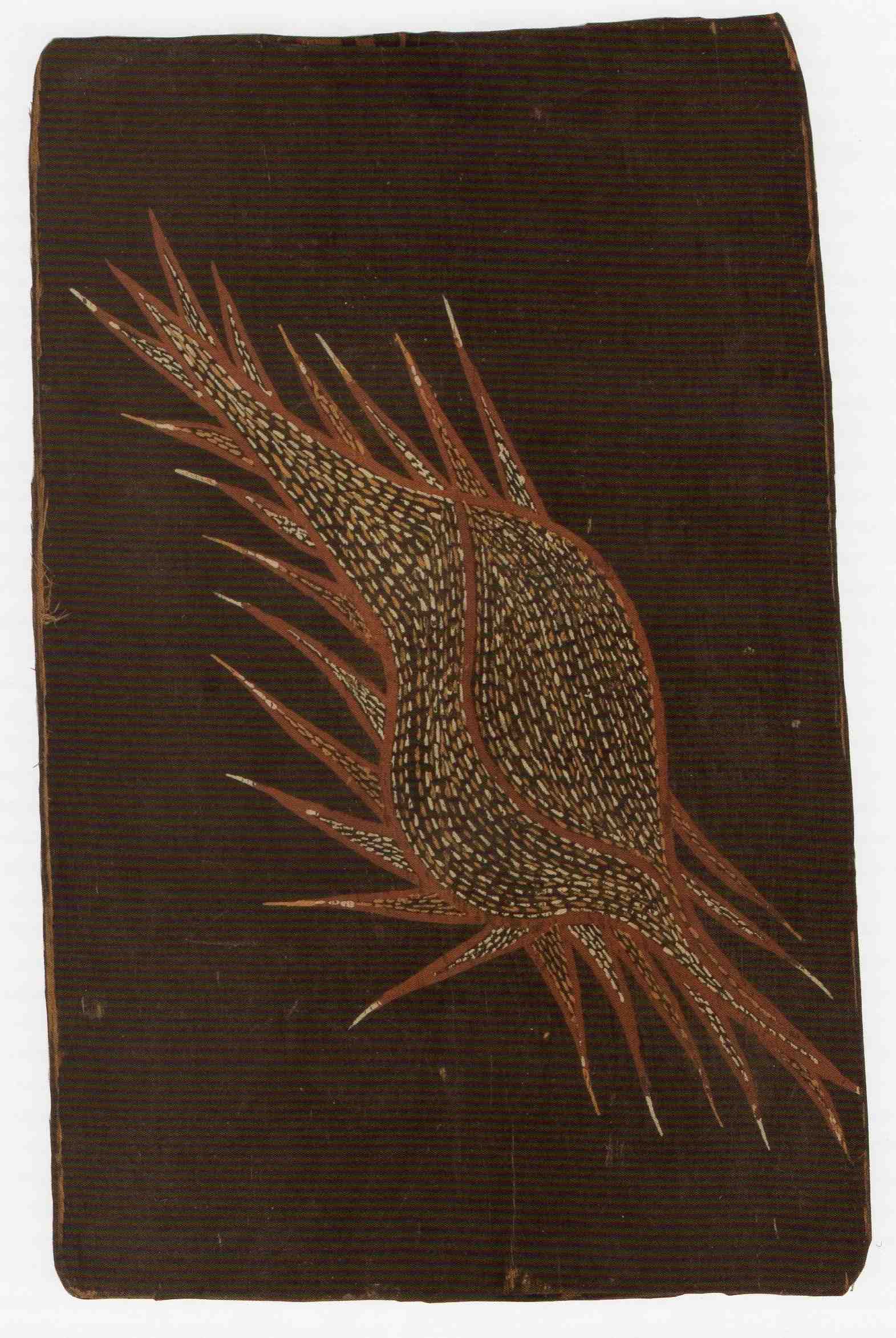 Nanjiwarra did several paintings that depict ceremonies and relate to creation stories. These are the most desirable to collectors. The majority of Thomas Nandjiwarra Amagula aboriginal bark painting has a dark brown or black background.

Where he draws figures he tends not to depict eyes or facial features. the faces and bodies of his figures instead covered in stippling. Many of his more complex barks contain the morning star motif.

He was an Artist, respected Aboriginal leader and Justice of the Peace. Awarded an MBE in 1970 for his community work. In 1969 was Chairman of the Angurugu Council on Groote Eylandt. He negotiated with mining companies to secure areas to be protected. The second Aboriginal magistrate appointed for the Northern Territory in 1974. In 1981, Nanjiwarra was chairman of the Aboriginal Cultural Foundation. In 1985 he was Chairman of the Groote Eylandt Aboriginal Task Force. He also worked on Aboriginal Benefits Trust Fund and BHP Royalties Trust Fund. Played the role of Charlie in Peter Weir’s 1997 film, The Last Wave. If anyone knows more information about the biography of Thomas Nanjiwara please contact me as I would like to add it to this article.

Care for Aboriginal Bark Painting by ensuring it always stays dry and does not move as ochre can flake off. A bark painting is best stored in a dust-free place and away from insects.

Nanjiwarra is also spelled Nanjiwara and he is sometimes called Amagula after his clan name. 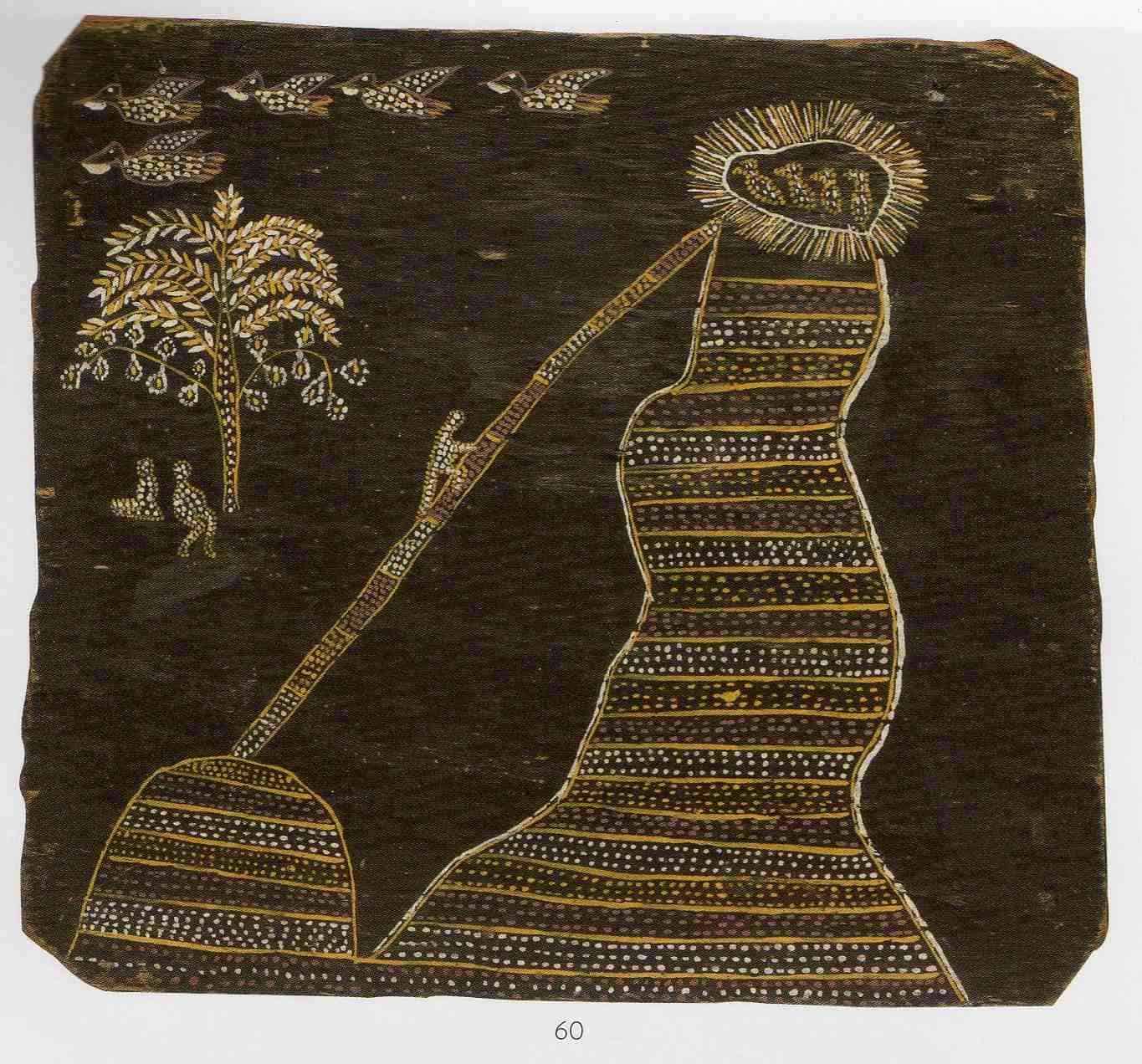 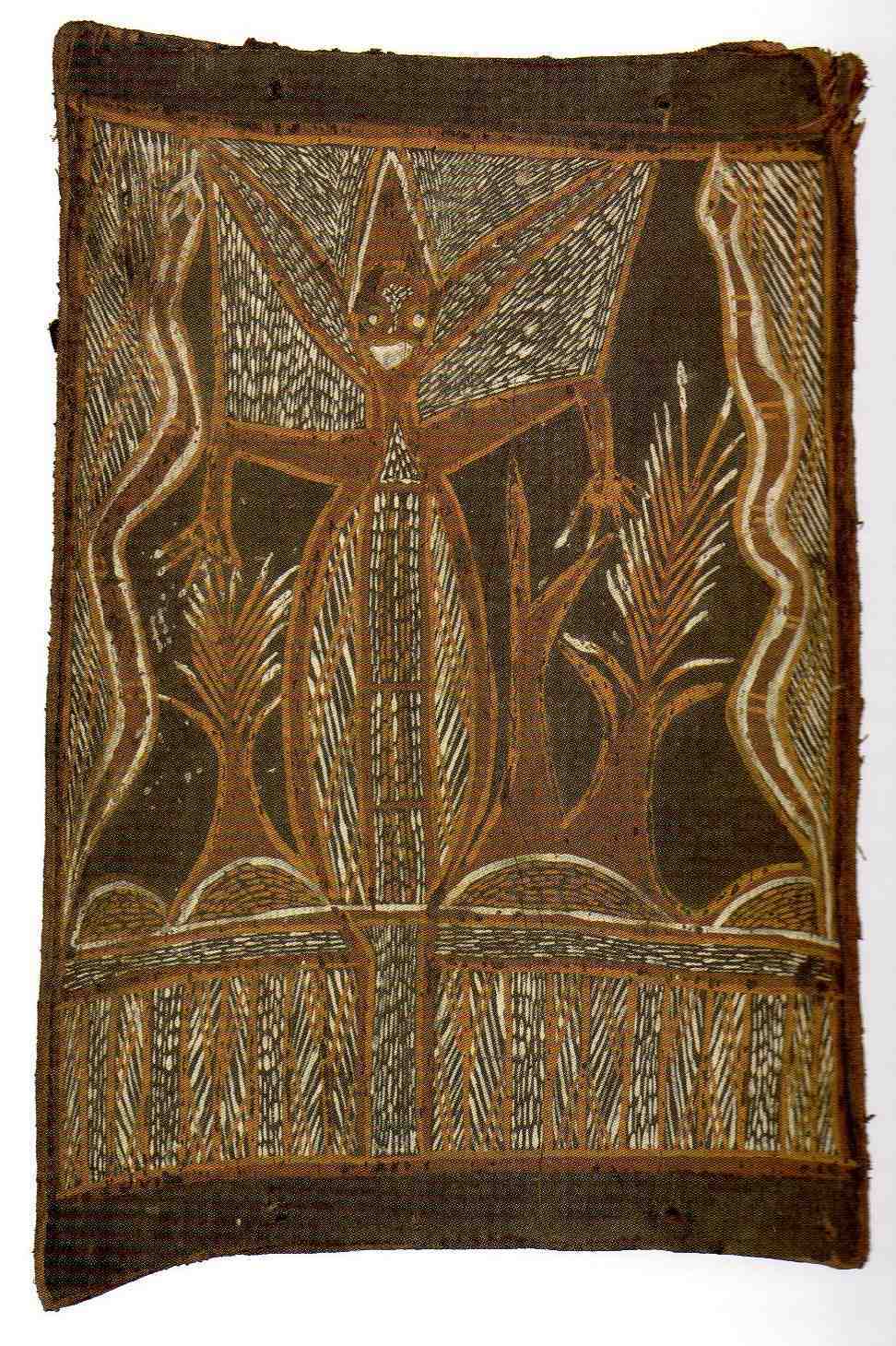 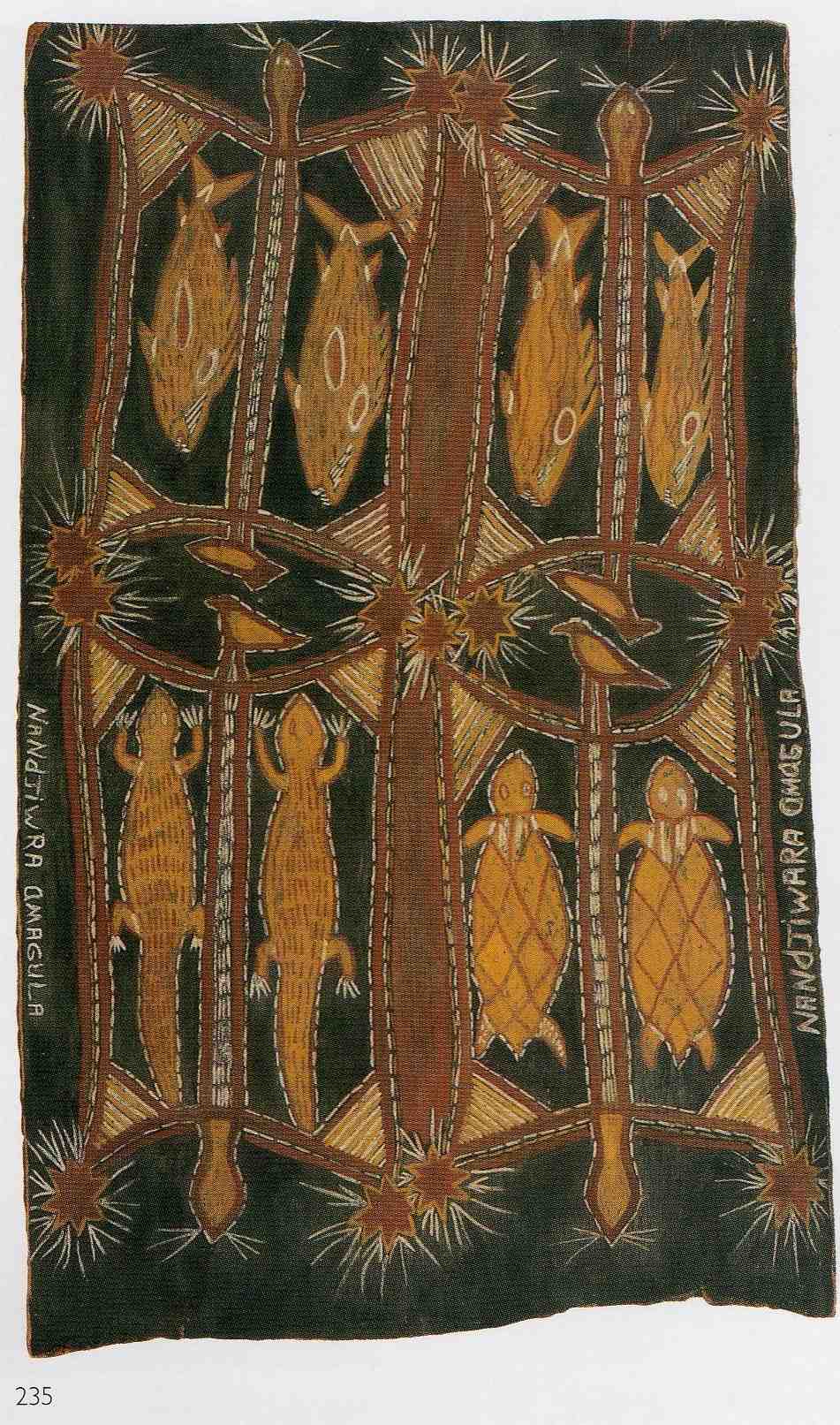 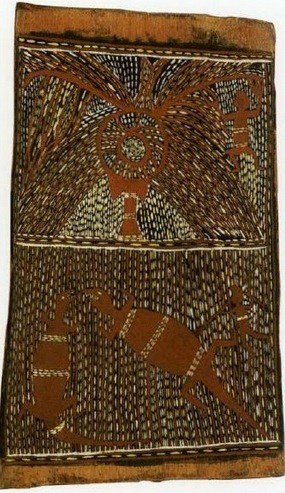 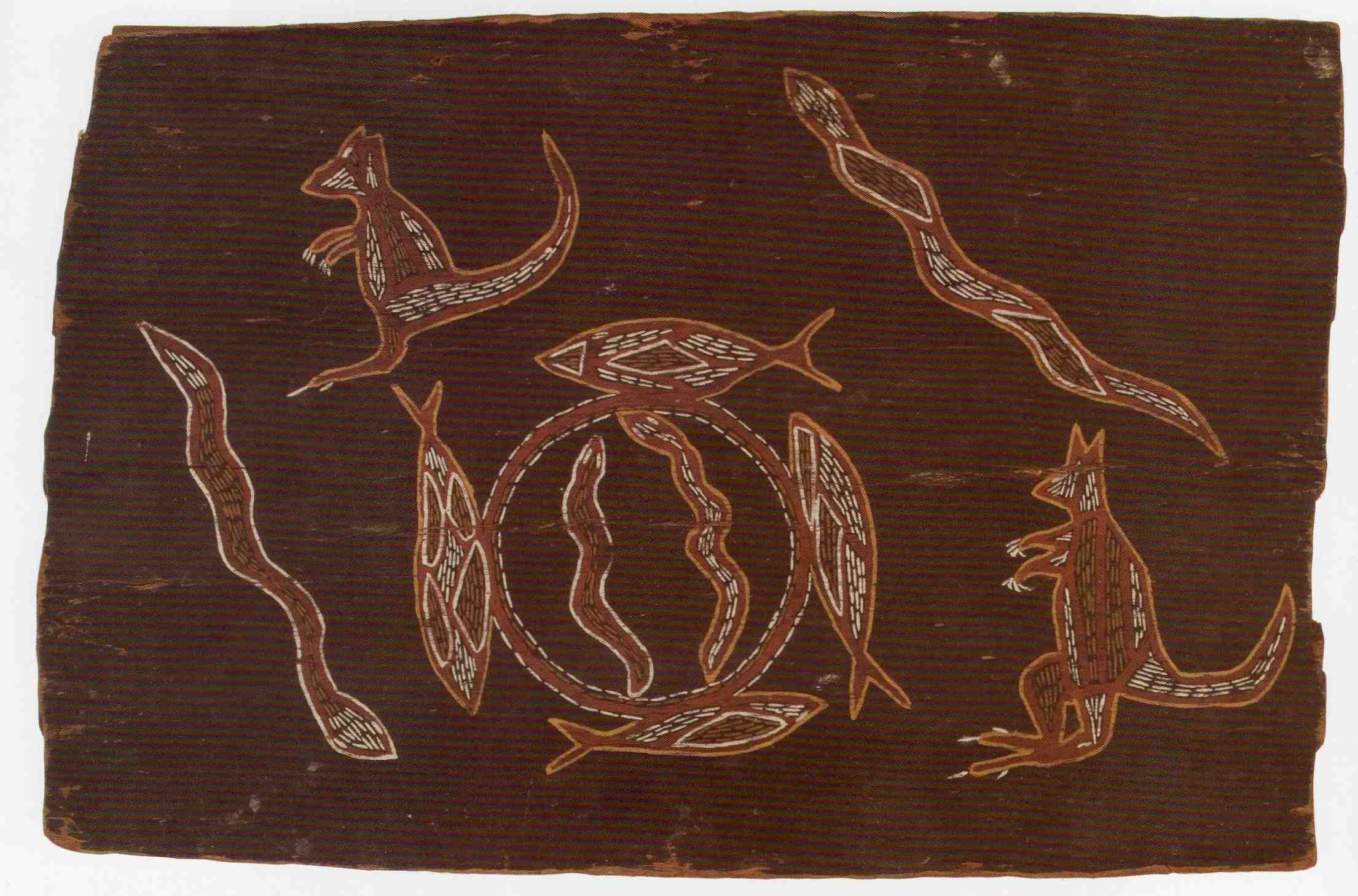 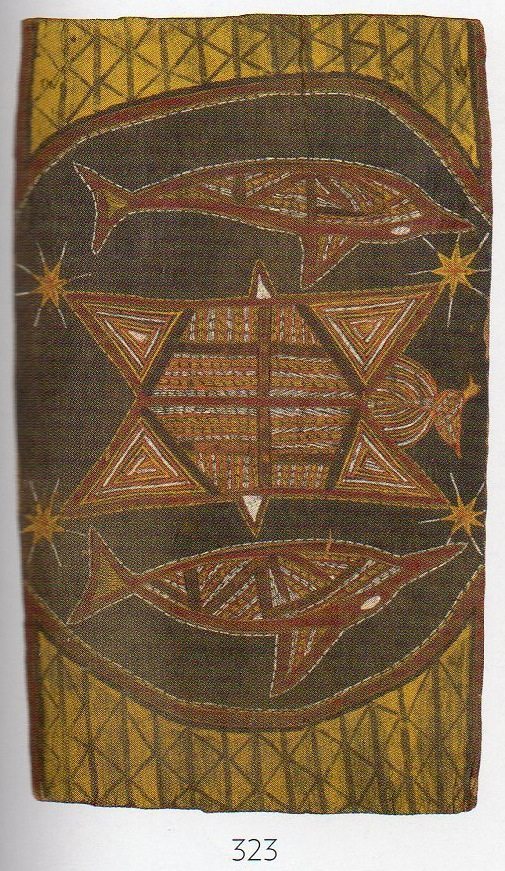 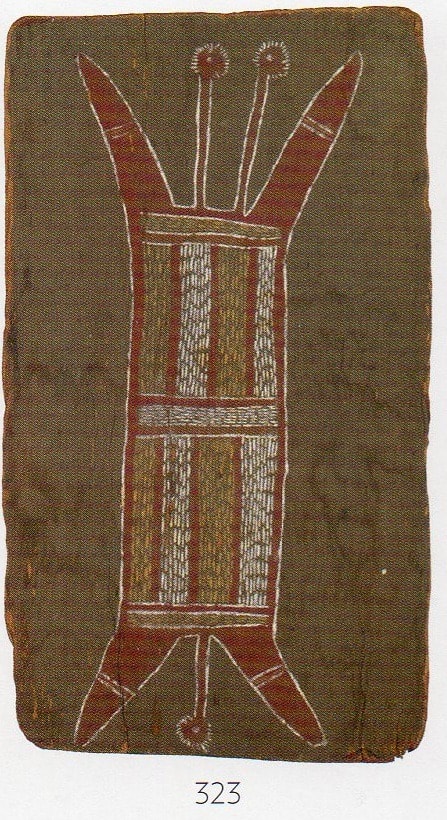 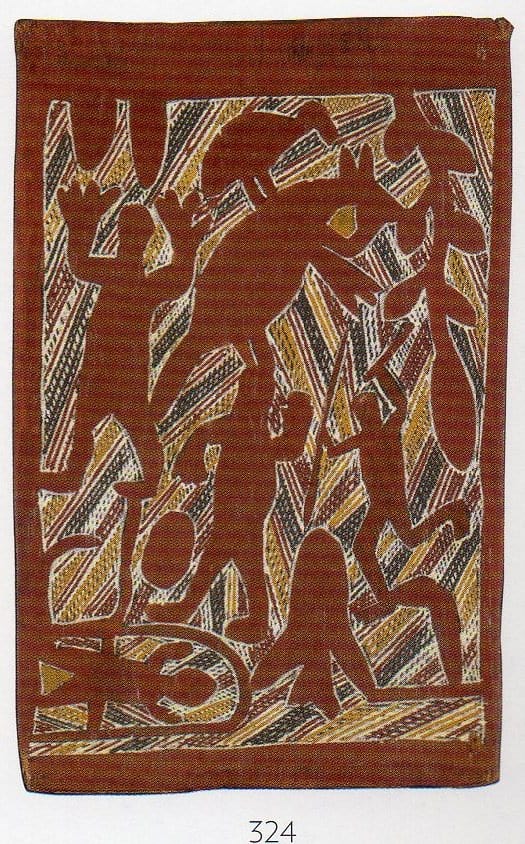 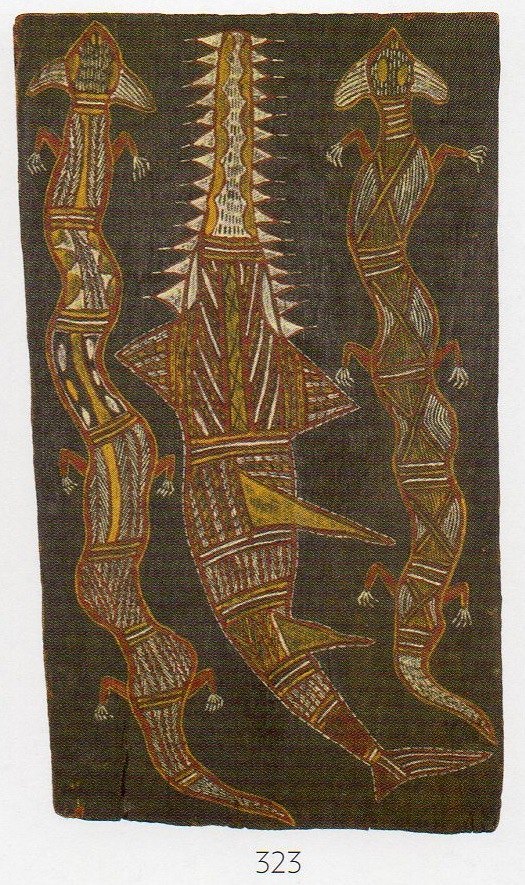 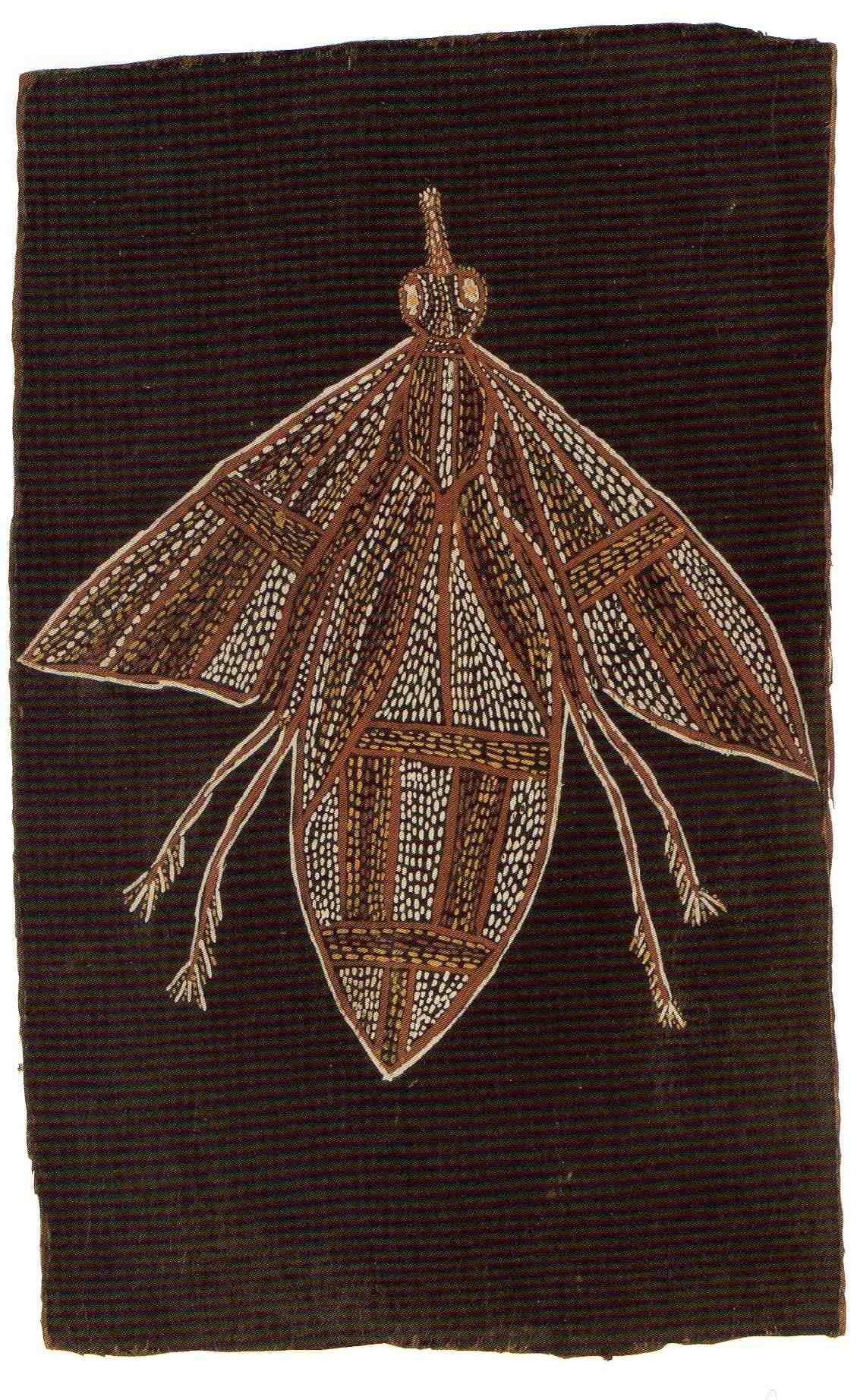 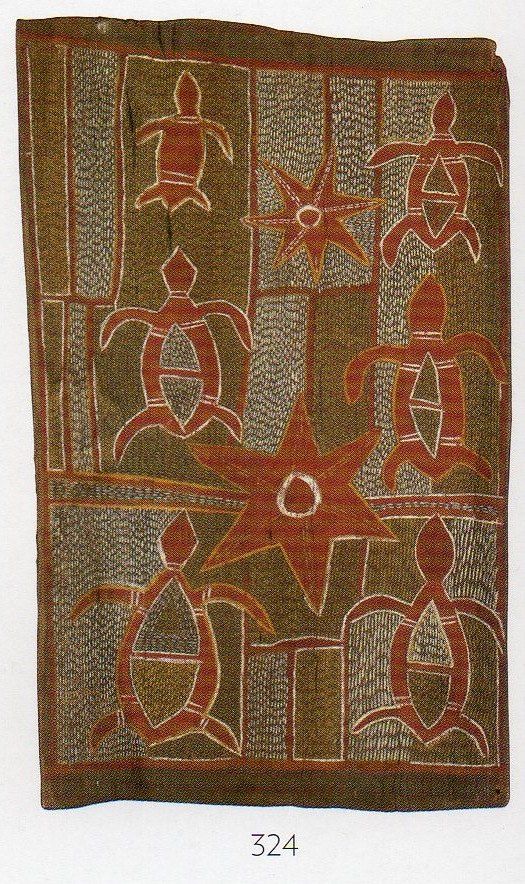 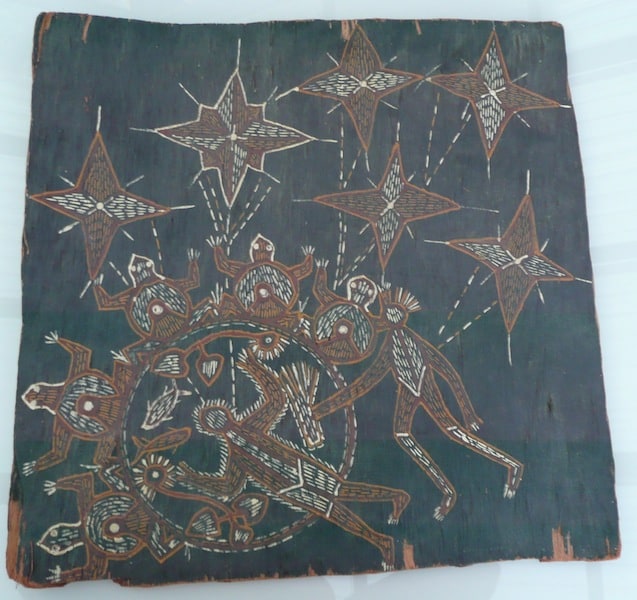 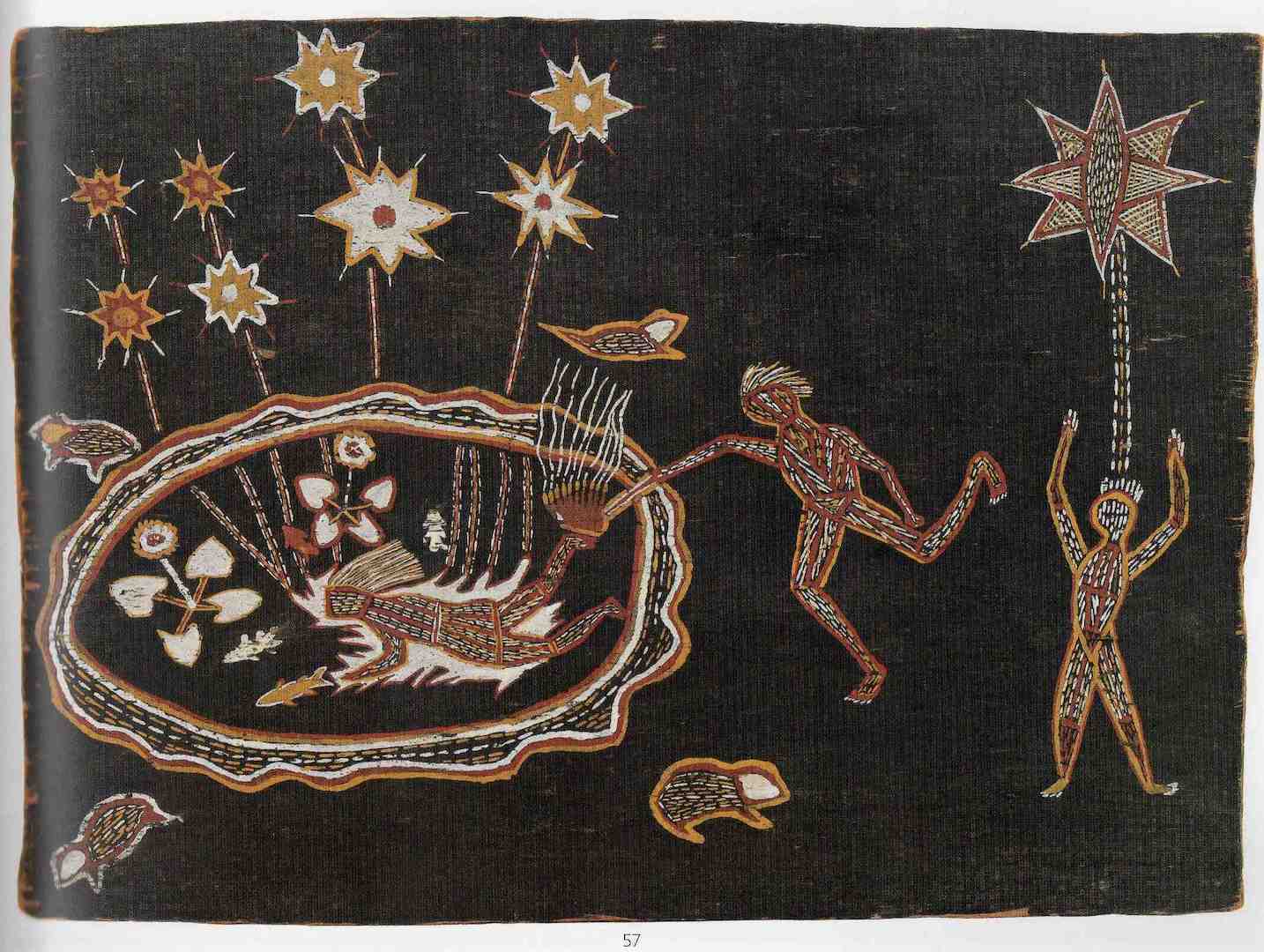 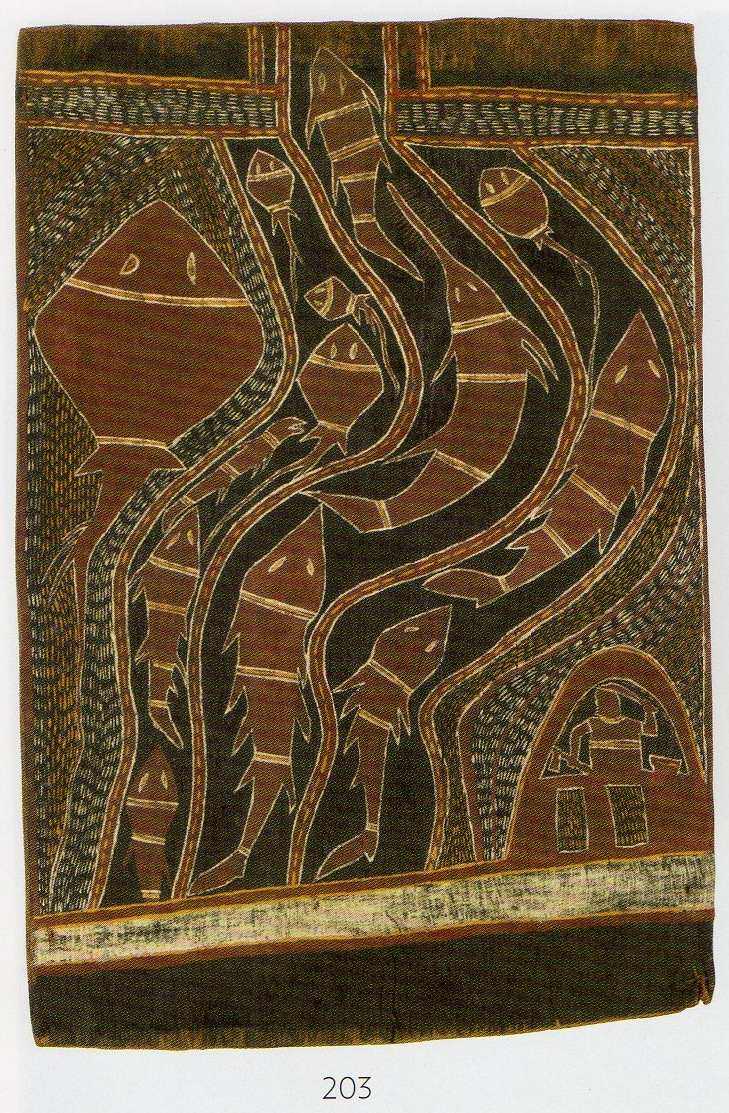 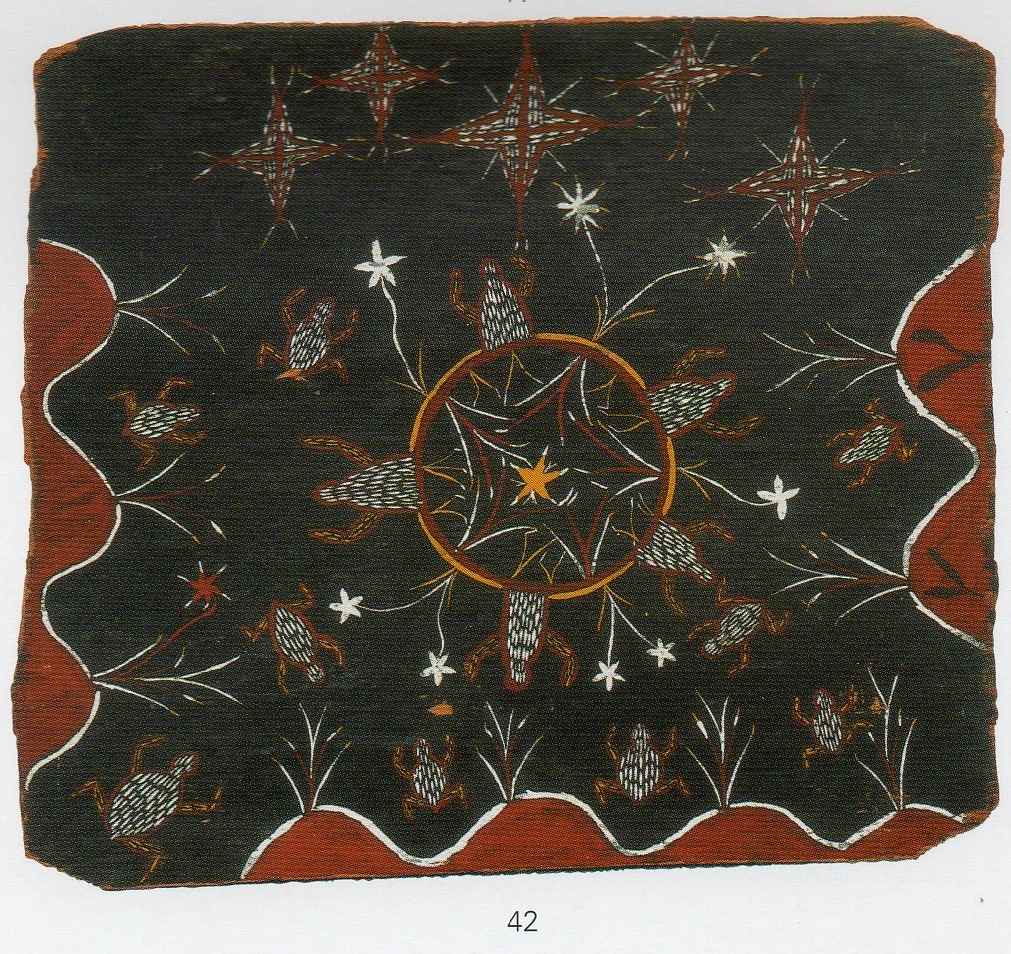 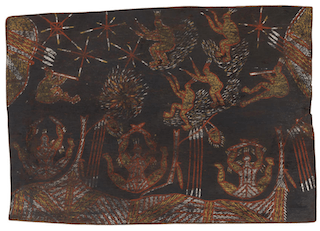 If this post has been informative please take the time and make the effort to share it on social media. By clicking any of the share buttons below you create a link from your social site to this article. Links are what google uses to calculate what information on the web is useful. By sharing this article you are letting google know you found my article / images of some value. Thanks!
← Nanjiwara Groote Island Bark Painter Declan Apuatimi Tiwi Artist →