Narritjin is one of the best-known and most prolific Yirrkala bark-painting artists. Examples of his bark painting are in collections throughout the world.

The aim of this article is to assist readers in identifying if their bark painting is by Narritjin . It compares examples of his work.

If you have a Narritjin Maymuru bark painting to sell please contact me. If you want to know what your Narritjin Maymary painting is worth please feel free to send me a Jpeg. I would love to see it.

Narritjin Maymary often separated his bark paintings into schematic panels. Vertical and horizontal features separate these Schematic panels. He painted backgrounds completely in rarrk crosshatching and in traditional motifs. These motifs include diamonds, rows of dashes, anvil shapes and an X pattern. He often depicts possums. Possums relate to the Marrngu ancestral story. Marrngu was a creator ancestor of his Manggalili People.

Maymary has also done a few East Arnhem Land sculptures but they are not as collectible as his bark painting.

Narritjin spent his early years hunting and gathering in East Arnhem Land. He lived in the area between Blue Mud Bay and Caledon Bay. As a young man worked with Fred Gray in the trepang industry. Narritjin moved to Yirrkala Mission soon after its establishment in 1935. He was one of the first Yolngu people to become a Christian. Narritjin worked with the missionaries to bring peace to the Yolngu. He negotiated peace and stopped them fighting among themselves. Narittjun Maymary first learned to paint from his father Lotama Guthitjpuy. He was later taught to paint by his maternal grandfather Birrikitji. He tried to educate his children in both the old and the new ways. In the mid-1970’s he worked hard to establish an outstation for his family at Djarrakpi Cape Shield. 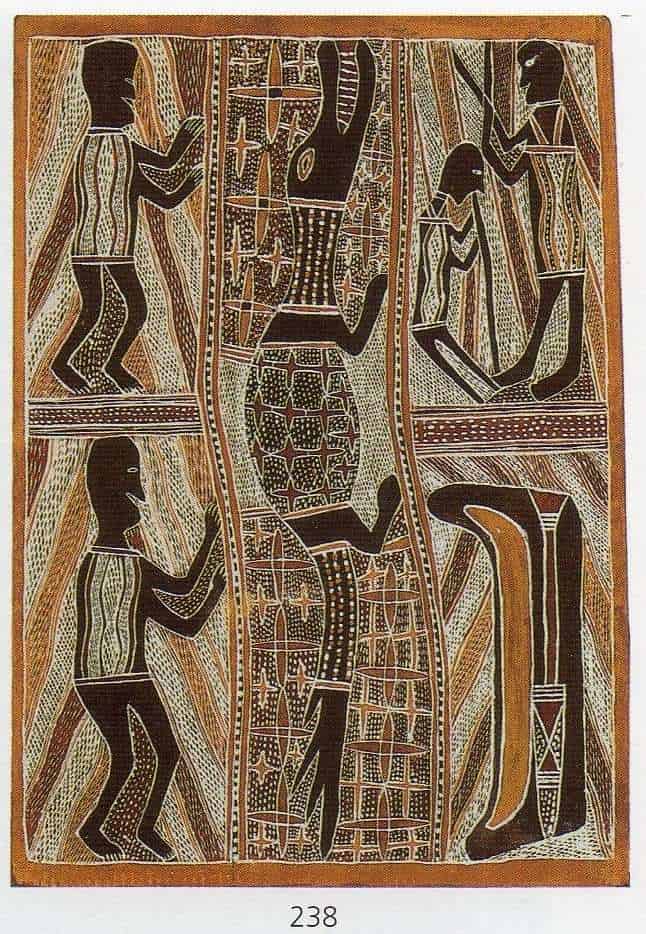 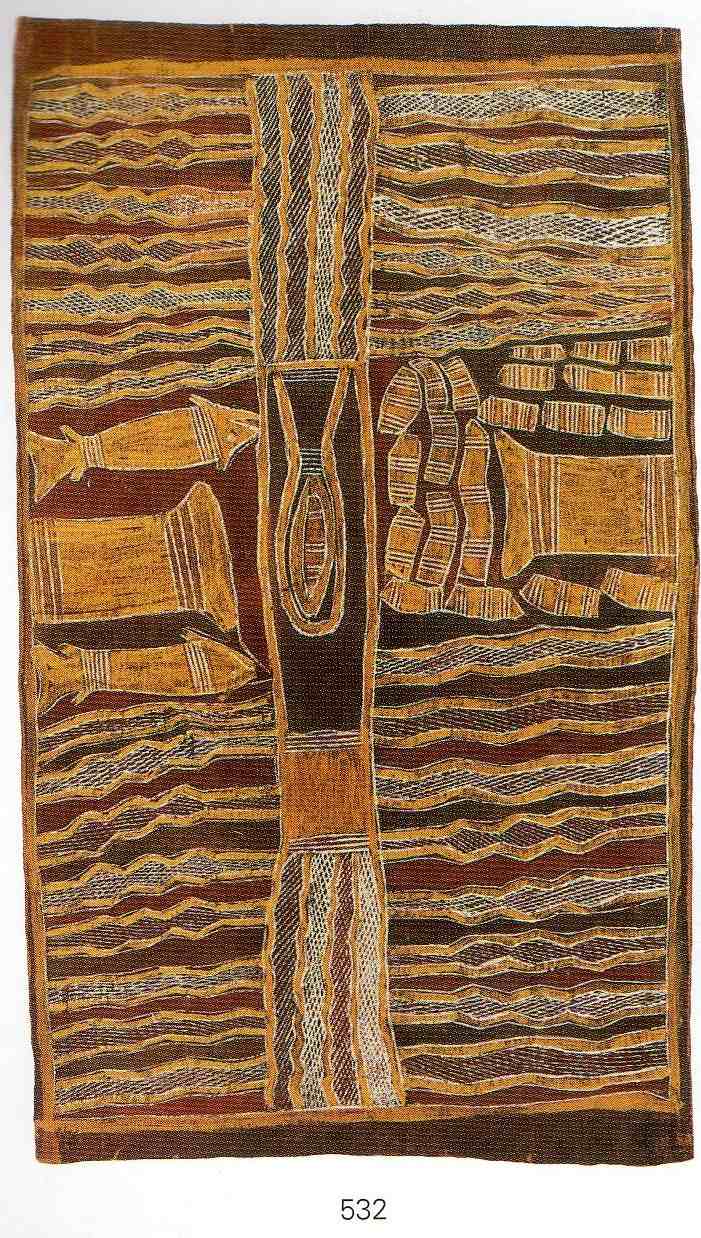 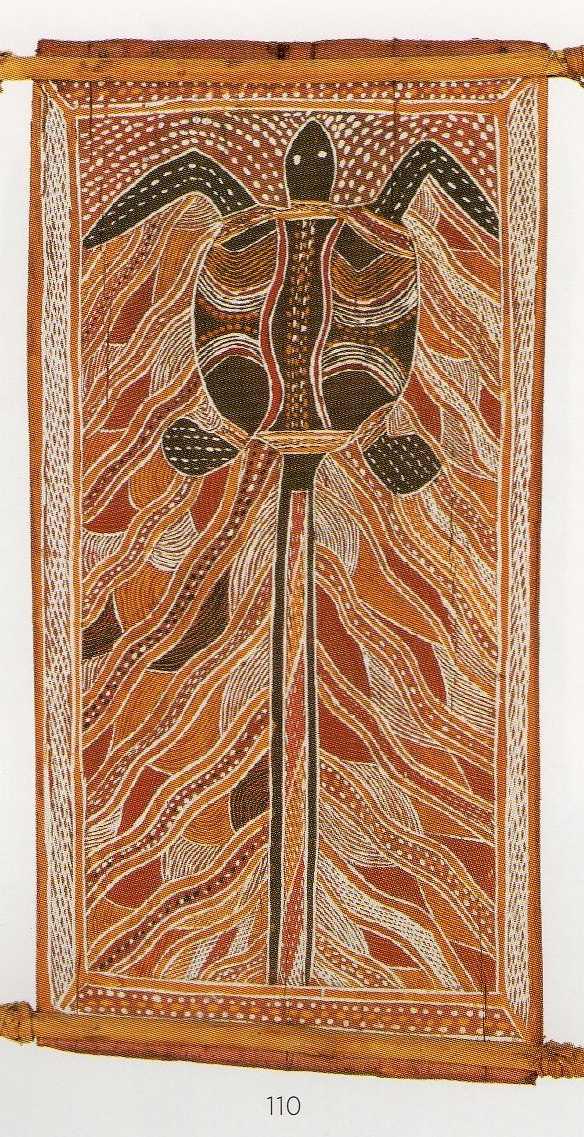 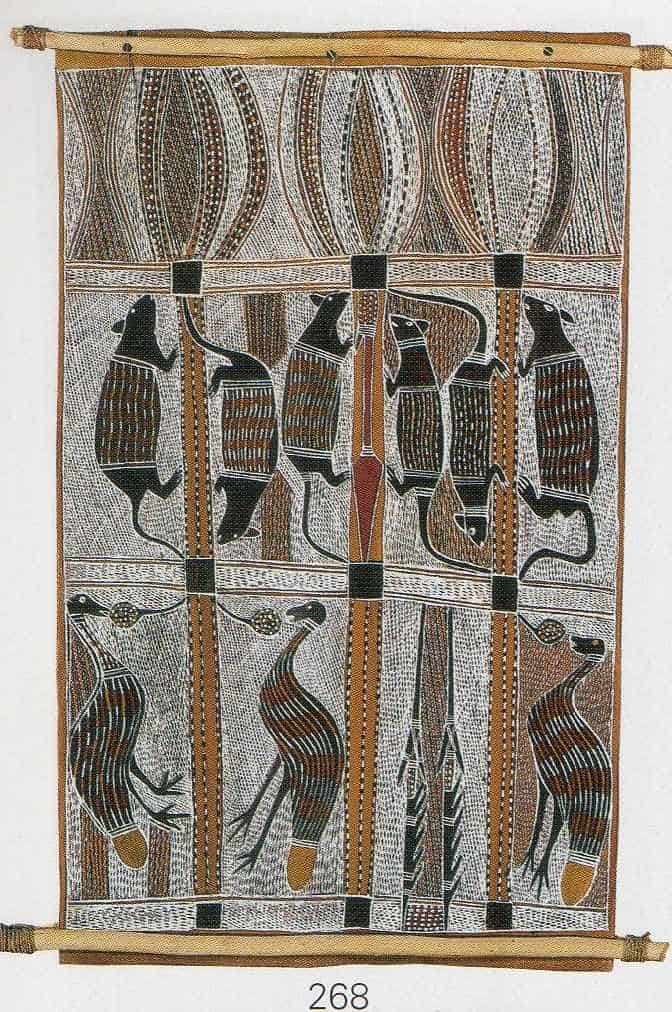 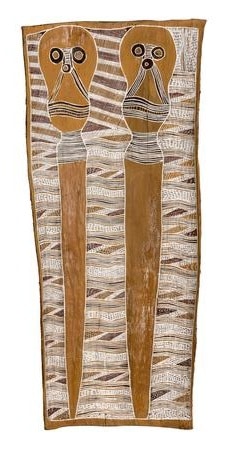 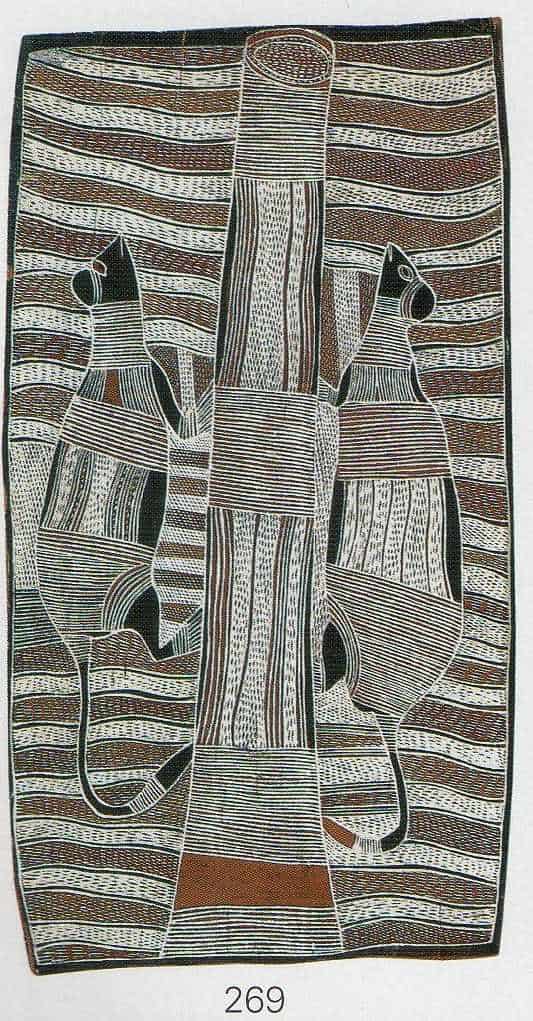 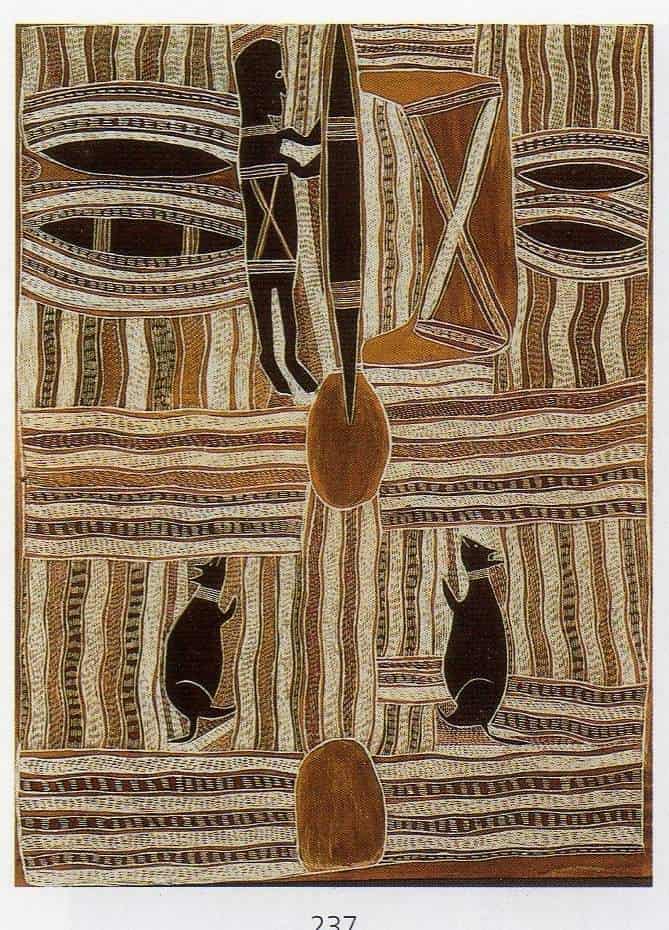 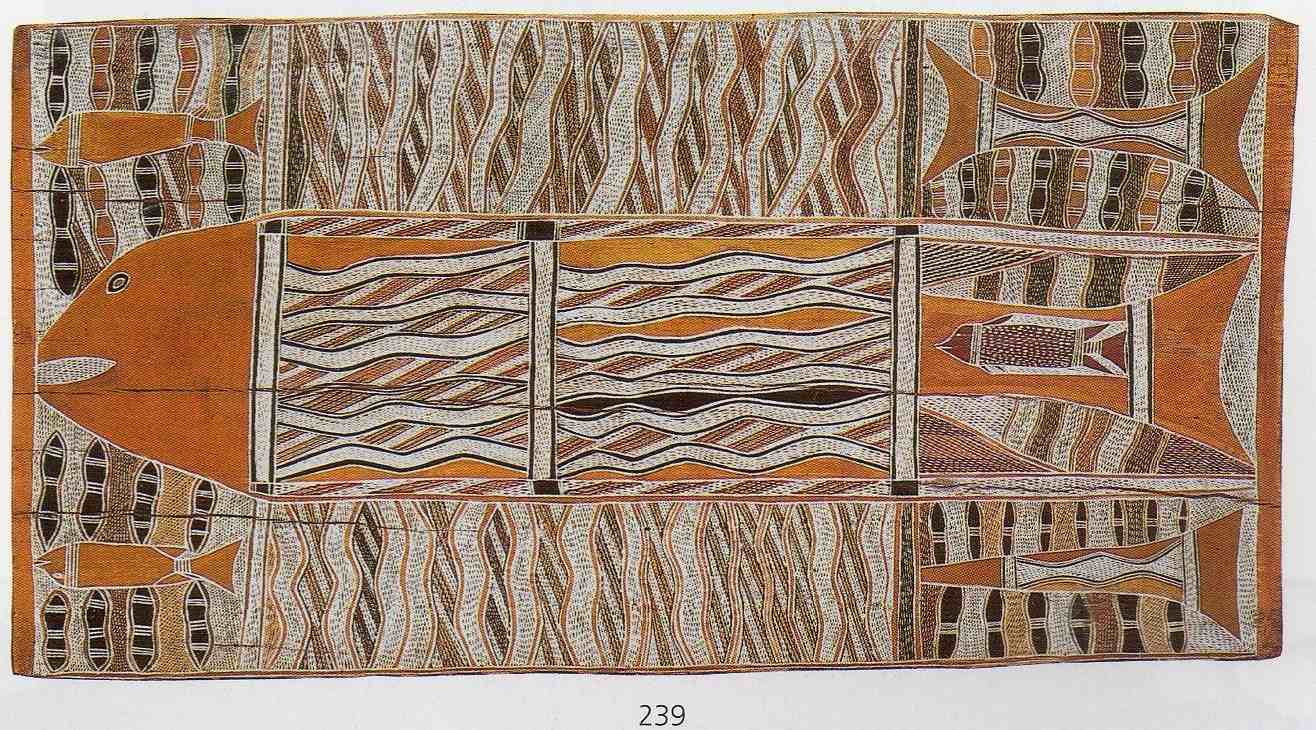 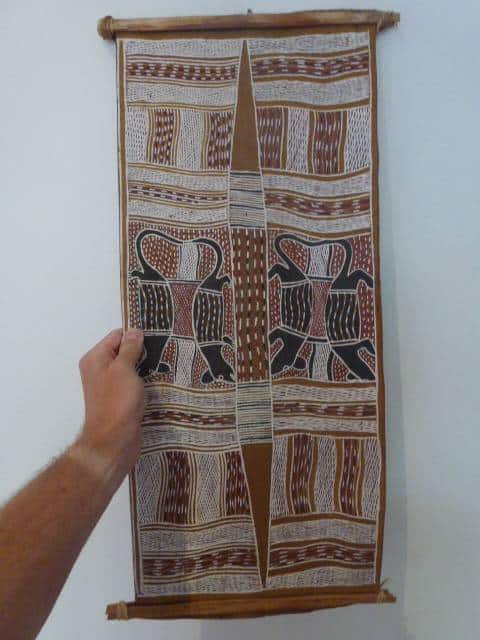 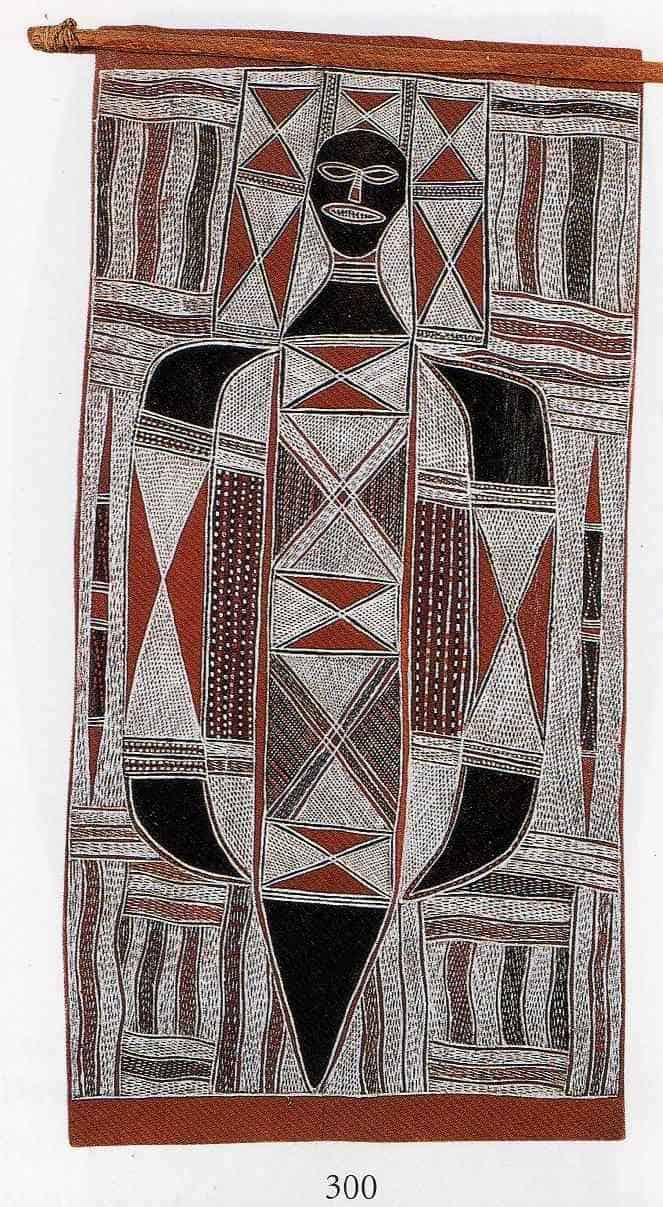 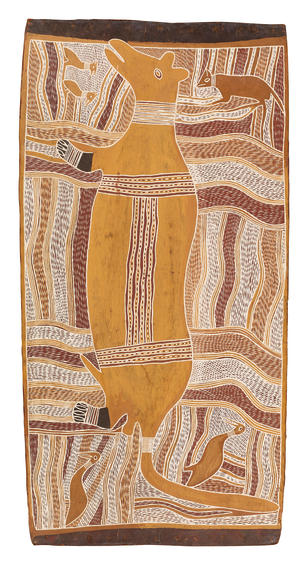 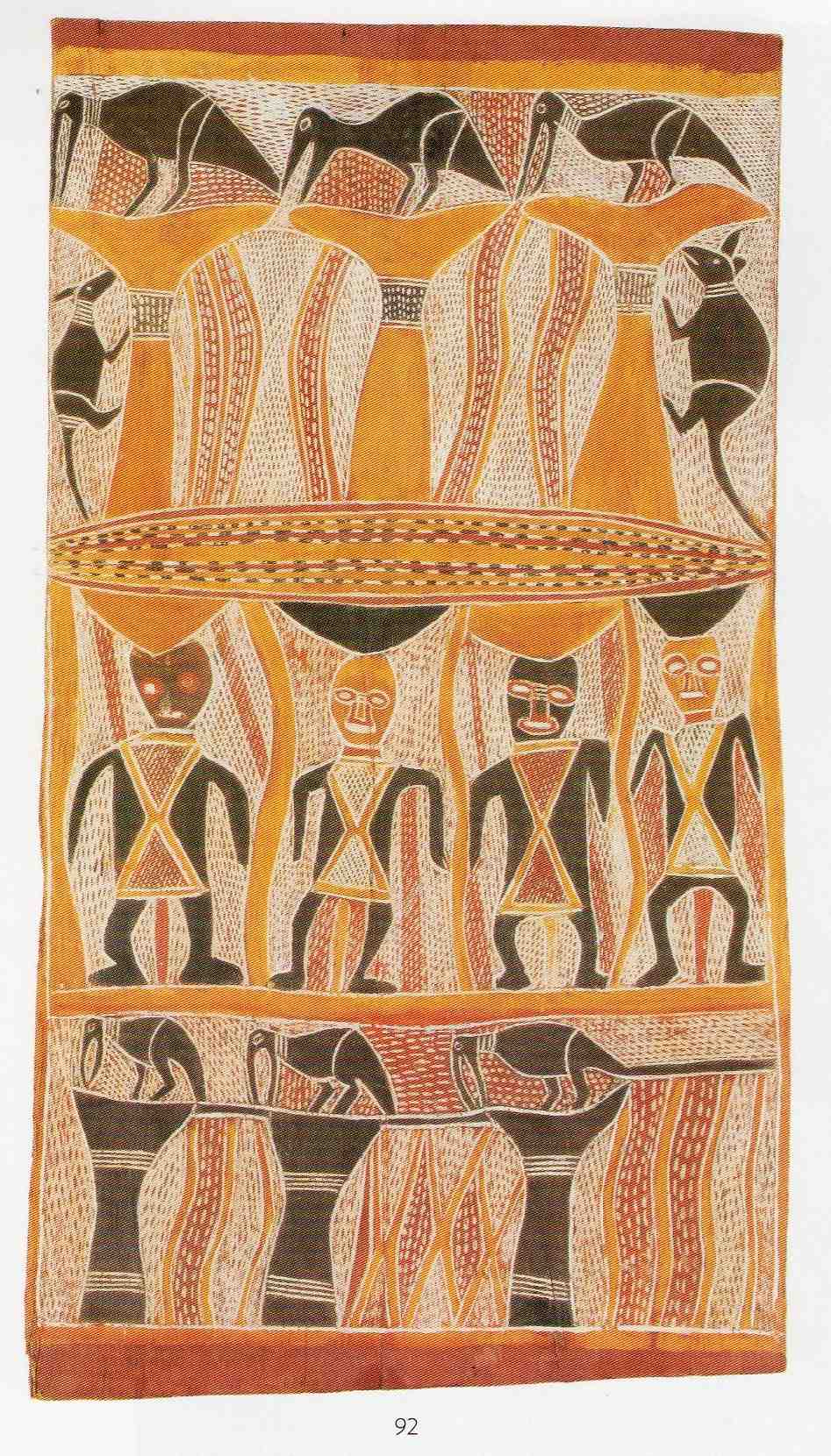 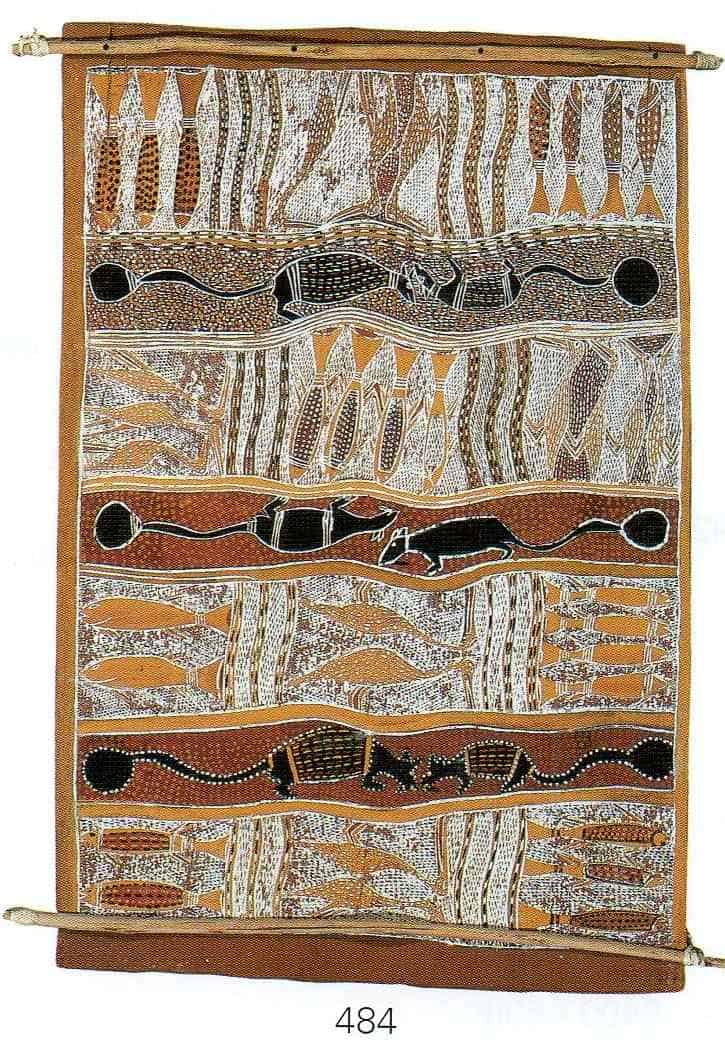 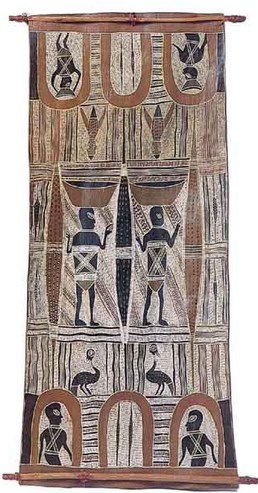 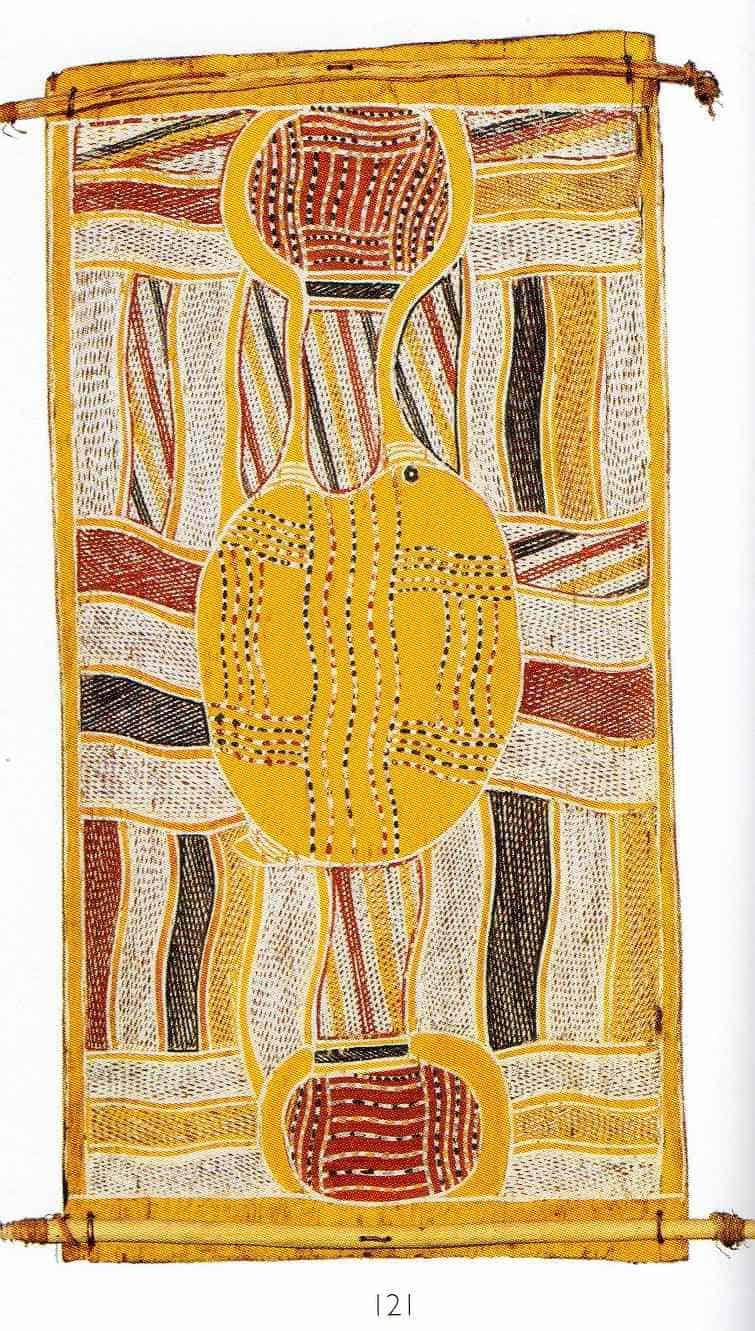 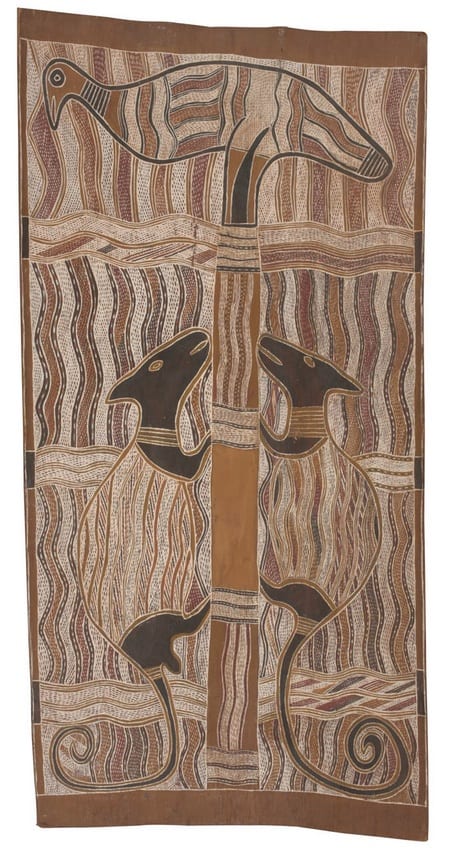 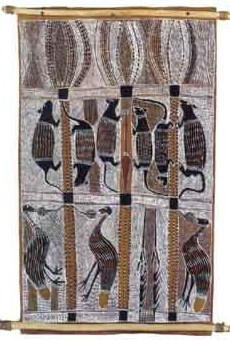 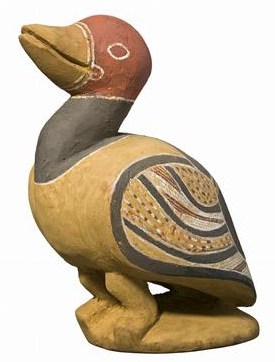 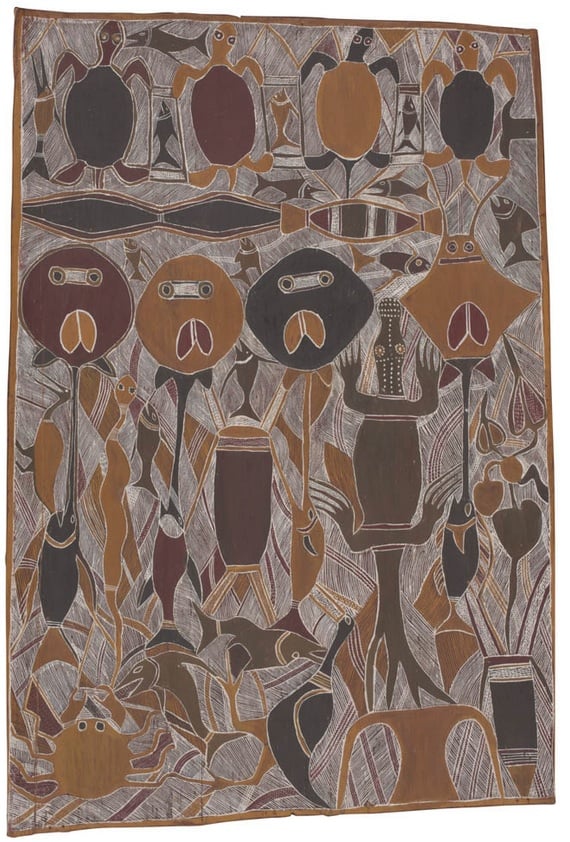 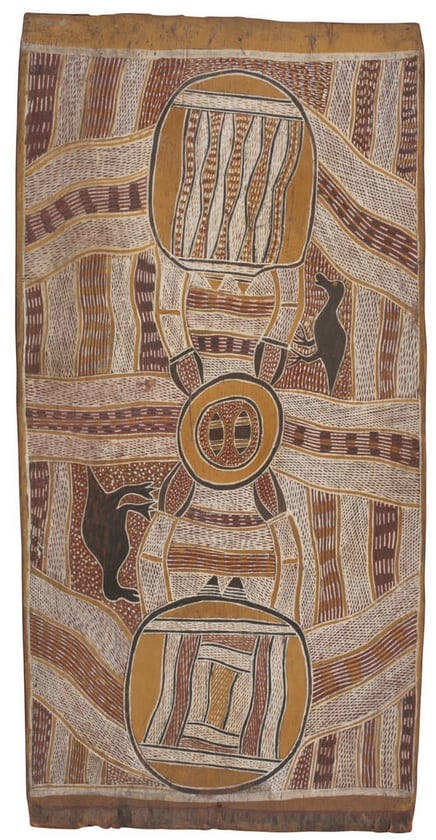 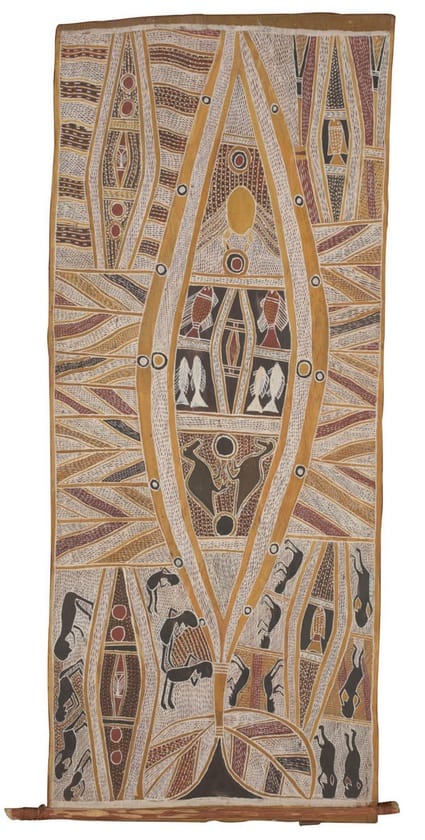 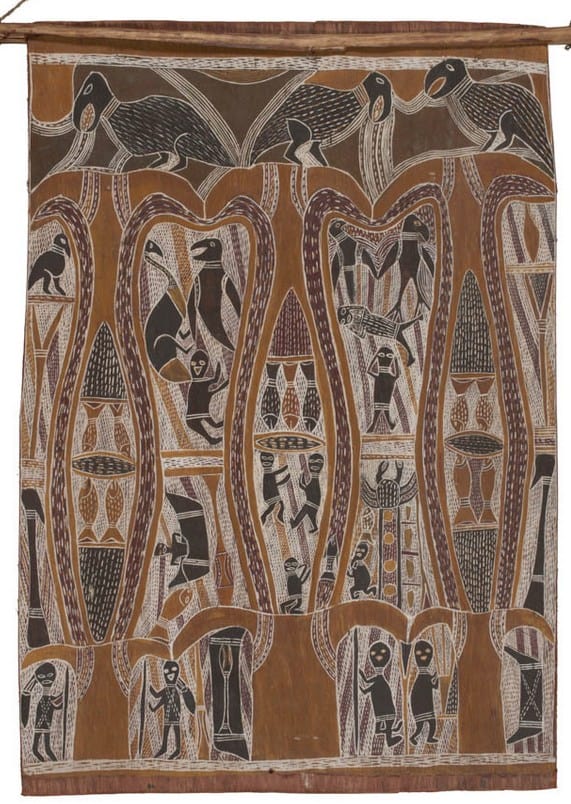