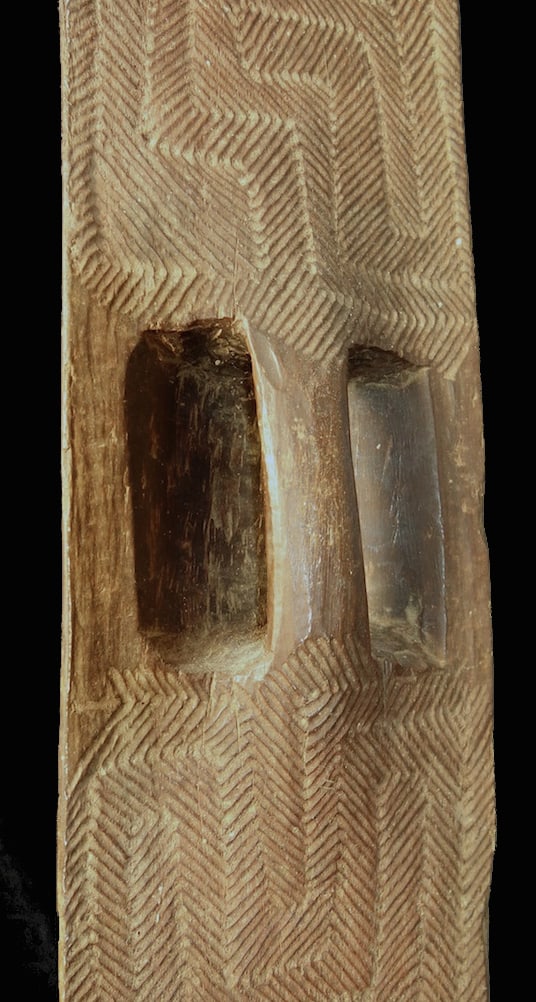 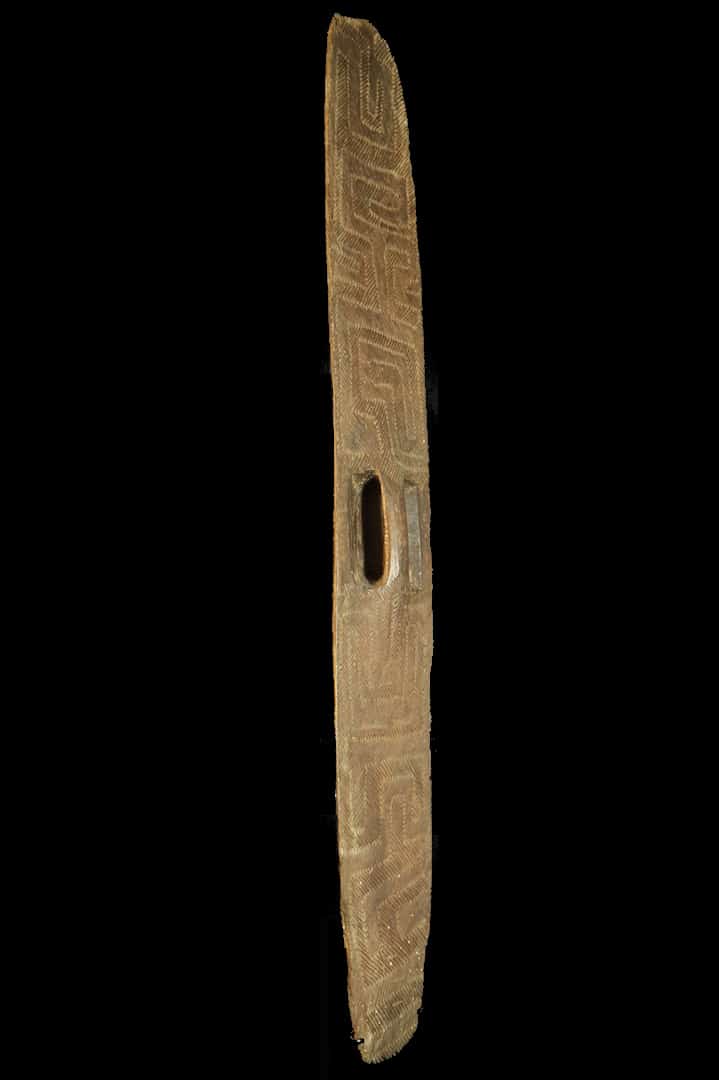 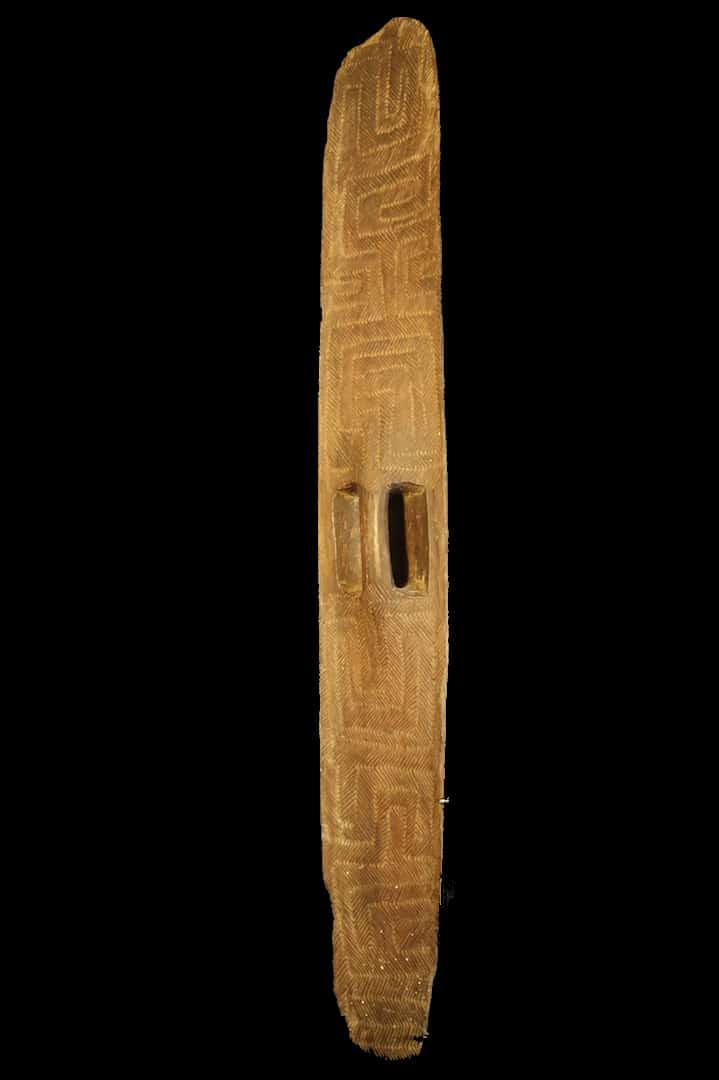 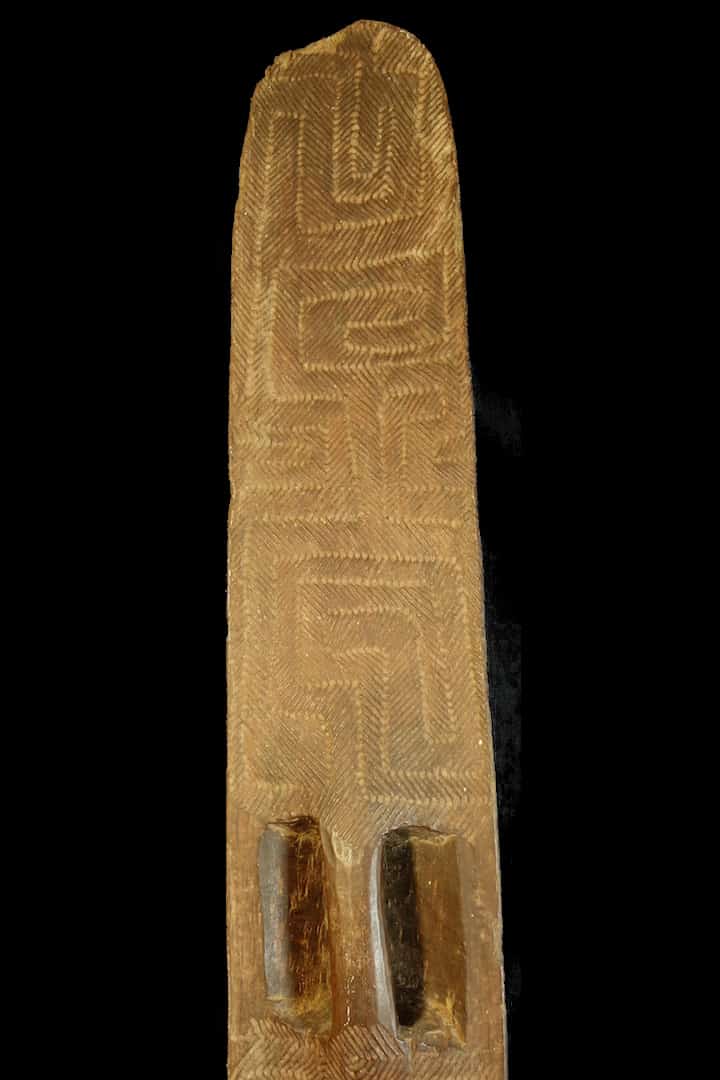 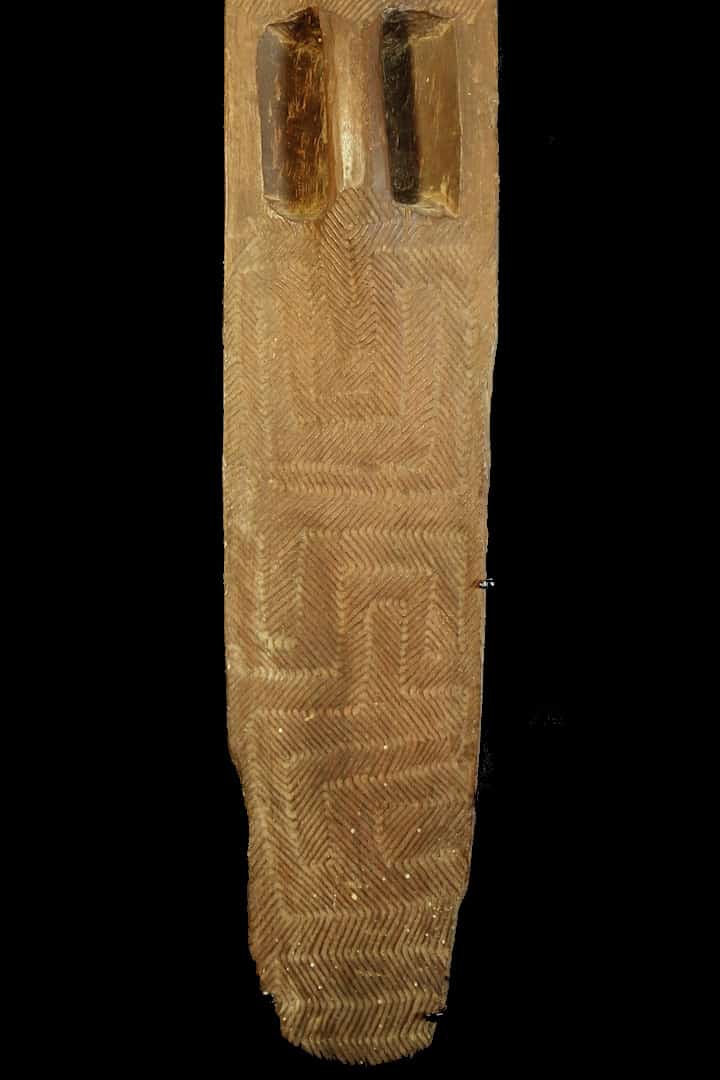 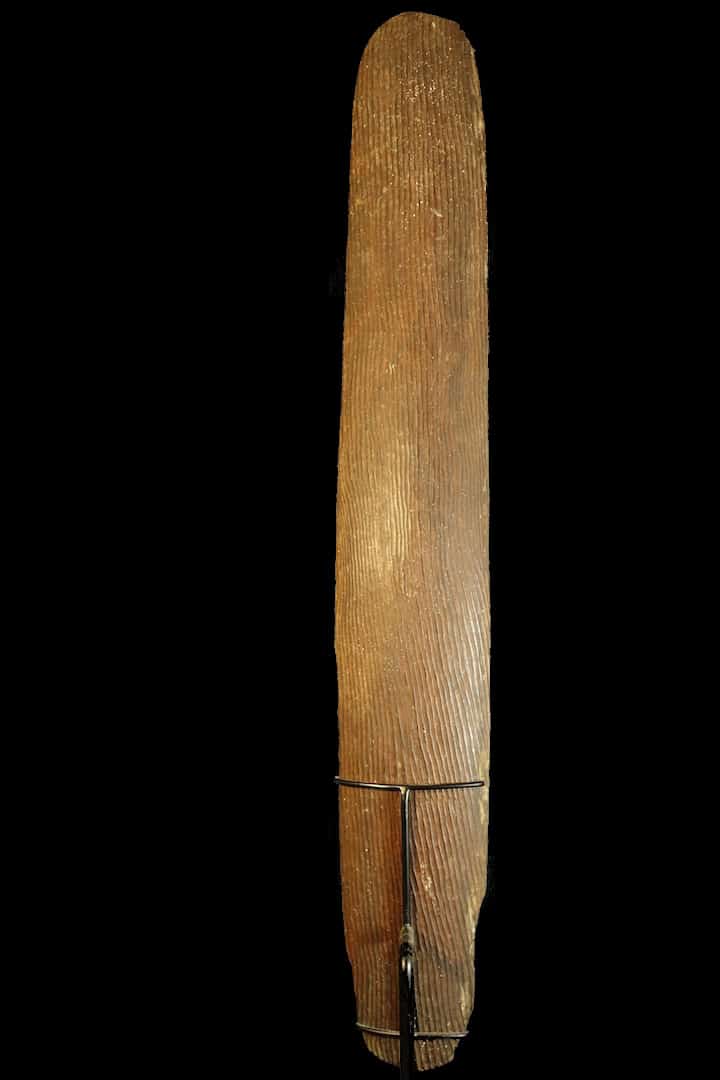 The shield is finely fluted on the front surface and an interlocking key design on the back, typical of shields made by the Karajarri people. This style of shield was also an important trade item with other Aboriginal groups.

D. S. Davidson, then Associate Professor of Anthropology at the University of Washington, noted in 1949 that the Karajarri were responsible for most, if not all, examples of traditional shields incised with well-proportioned interlocking key patterns. They also used this and variations of the design on their pearl shell ornaments, spear throwers, hairpins and churingas ( sacred objects or amulets), although numerous other Aboriginal groups applied the design to their churingas as well. These shields functioned as defensive arms to intercept boomerangs and to parry blows from clubs during close combat. The Karajarri later valued them as trade items which they exchanged with other peoples throughout the coastal areas from La Grange northward to Dampierland and King Sound.

The Karajarri engraved the back of their shields with precise patterns. Not having a larger design in mind, they treated the space as important in itself and often incised surfaces not covered by the interlocking pattern using alternate series of diagonal hatchings … They carved the face of their shields with fine grooves but also, in more recent examples, simply adzed them to a smooth finish.

This old used la Grange shield has some damage consistent with an old used weapon.